On the way: lower BAC limits.

There is a movement afoot where the states are being urged by the National Transportation Safety Board (NTSB) to lower the blood alcohol concentration (BAC) limit from 0.08 to 0.05. That new, lower limit would align the US with more than 100 countries that have a BAC limit of 0.05 or lower. The initiative announced in May 2013 has not garnered widespread support even from anti-drunk driving advocates including some who believe that the lower threshold would be harder to enforce and a waste of resources. One state, Colorado, has already adopted the 0.05 BAC limit, but adoption by other states doesn’t seem likely.

BAC is determined by measuring the weight of alcohol in a certain volume of blood. Alcohol is quickly absorbed and its effect can be measured within 30 to 70 minutes after a person has had a drink according to the NHTSA. Alcohol enters the bloodstream and travels throughout the body before it reaches the brain.

A persons BAC is affected by several factors including the number of drinks consumed, how fast they were consumed, body weight, gender, and whether food is in the stomach or not. There is a greater concentration of alcohol in distilled spirits than in wine or in beer. Women are more likely to retain alcohol because their body composition includes more body fat and less water than men. And the heavier you are the more likely you’ll handle your alcohol consumption better as there is more water present in your body. 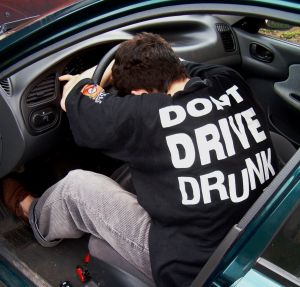 Researchers have discovered symptoms or effects of drinking that occur at various levels of BAC. These effects can negatively impact driving ability even with a small amount of alcohol consumed.

At 0.02 BAC, the body relaxes, some loss of judgment is noted, and the mood may be altered. Researchers note that drivers may experience a decline in both visual functions and the ability to perform two tasks at the same time.

When a 0.05 BAC is reached, exaggerated behavior, lowered alertness, and the loss of small-muscle control (eye focus) have been observed. For drivers, that may mean reduced coordination, difficulty steering, and reduced response time. This is the level where Colorado goes after impaired drivers.

At 0.08 BAC muscle coordination becomes poor, danger is harder to detect, and reasoning, self-control, and judgment are impaired. Behind the wheel the driver may experience short-term memory loss, have difficulty concentrating, experience impaired perception, and have more difficulty processing information. It is at 0.08 where 49 states and the District of Columbia currently draw the line.

In the late 1990s, states began to switch from 0.10 BAC to 0.08 BAC as the legal limit for impaired driving. In 2000, Congress adopted 0.08 as the national standard. At a 0.10 BAC, reaction time and control deteriorates, marked by poor coordination, slow thinking, and slurred speech. For drivers, a predictable effect includes a reduced ability to maintain lane position and proper braking.

Notably, the first BAC level recommended by the American Medical Association in the late 1930s was 0.15. At that level balance and muscle control are compromised, and the driver is substantially impaired and unable to control the vehicle. By the 1960s, states began to adopt the 0.10 limit that stayed in place through the end of the last century.

The NTSBs push to a 0.05 BAC would capture just 8 percent of all drivers caught in a fatal crash. Drunk driving deaths have fallen from more than 20,000 people annually to about 10,000, a number that is far too high, but reflective of what tighter laws and prosecution have accomplished. If 0.05 BAC was universally adopted, the NTSB estimates that an additional 1,000 lives could be saved annually.

But not everyone thinks that a move to 0.05 BAC is a good thing including Candace Lightner, founder of Mothers Against Drunk Driving (MADD). Lightner whose own daughter was killed by a drunk driver told US News that she doesn’t believe that this is a practical, long-term solution. Instead, she contends that many more deaths can be prevented by going after distracted drivers, drugged drivers, and high-BAC drunk driving. That is something that can be done by vigorously enforcing current laws and installing interlock devices in cars to stop convicted drunken drivers from getting behind the wheel a second time while intoxicated.

Hannah Edelman is a professional blogger that provides advice for criminal defense and DUI situations. She writes for Peter J. Binning, Attorney-at-Law which is a top DUI and criminal law firm in Columbus OH.