When Alfa Romeos were last sold in the United States, Bill Clinton was in his first term as president and the Internet was just getting started. That was in 1995. Soon after Fiat and Chrysler hooked up in 2009, plans to bring back the sporty Italian brand were announced, then withdrawn, before finally receiving an official go ahead last fall.

On Tuesday, parent Fiat Chrysler Automobiles Ltd. announced that it had awarded the first batch of Alfa Romeo dealerships in the United States as well as in Canada. That group, composed of 82 American and 4 Canadian dealerships, will be supplemented by additional dealerships later this year. In the meantime, the 86 recipients will become the first dealers to sell the Alfa Romeo 4C, a two-seat sport coupe with expressive curves. 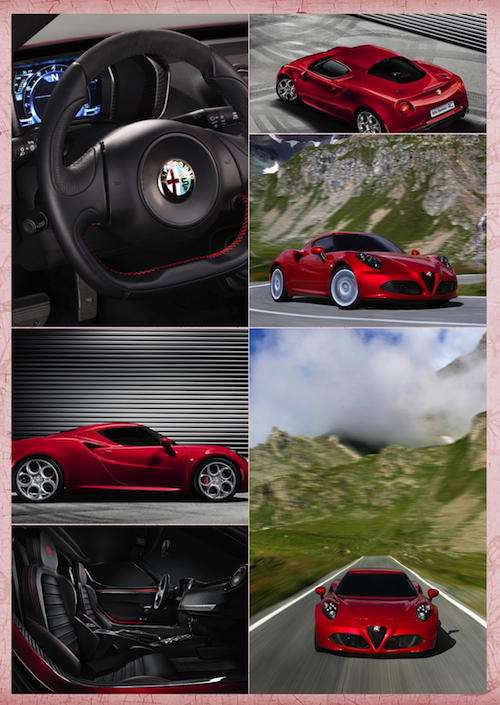 The 82 US dealers are located in 33 states with the largest concentration found in Florida, Texas and California, markets where sales should be particularly strong. Peter Grady, Vice President of Network Development, Chrysler Group LLC, said that once the North American network has been completed, the company expects at least 300 franchises to be in place.

The entire group of new franchises already have Fiat and or Maserati dealerships. Just two dealerships will serve the New England states initially with Connecticut and Vermont covering that area. Hawaii, the Dakotas and Oregon were among the other states that will have to wait a bit for franchises. In Canada, two dealers will be placed in Quebec and one each in Ontario and British Columbia.

Built in Modena, Italy, the Alfa Romeo 4C features a mid-engine, transverse-mounted turbocharged four cylinder engine. This rear-wheel drive coupe’s engine displaces at 1.7 liters and makes 237 horsepower at 6,000 rpm and 258 foot-pounds of torque at 2,200 rpm. That engine is paired with a six-speed twin-clutch transmission.

Pricing: To Be Determined

Pricing has not yet been announced with guesses ranging from $54,000 as estimated by Motor Authority to more than $70,000 offered by Edmunds. A starting price closer to $60,000 seems likely for the standard model with specially equipped models trending toward the higher end.