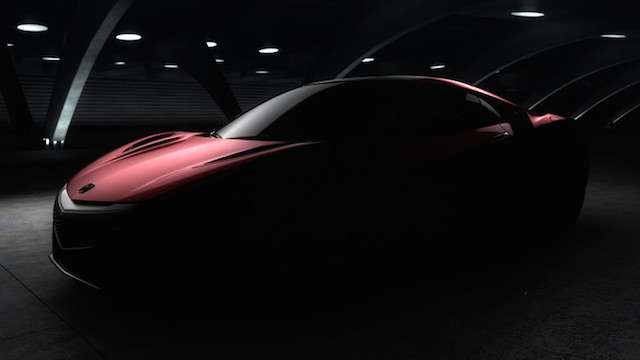 Just as the Rose Bowl is the Granddaddy of all the bowl games, the North American International Auto Show has similar prestige amongst the major automotive shows across the continent. The Detroit auto show isn’t the oldest, but its proximity to the heart of America’s automotive industry makes it the most important of all shows. For 2015, the NAIAS will feature numerous new models, including the following 10 you must see.

1. Acura NSX. Whether you call it a sportscar or a super car probably doesn’t matter. The 2016 Acura NSX will be the most advanced and expensive car ever released by American Honda. This two-seater will feature a hybrid drivetrain, with a twin turbocharged 3.5-liter V-6 engine and electric motors powering the car. Importantly, global production for this long-awaited second generation model will take place in Marysville, Ohio, demonstrating Honda’s continued confidence in its American workforce.

2. Toyota Tacoma. It has been a decade since Toyota introduced the current generation of its popular Tacoma pickup truck. Refreshes made since then have kept this truck the segment leader amongst midsize models, but with two new models from GM now in the mix, it is time for a new truck. Toyota has been mum on what we’ll see with the 2016 Tacoma, offering a teaser photo to show us that “Tacoma” will be stamped on its tailgate much in the same way as seen on the larger Tundra.

3. Cadillac CTS-V. Cadillac sales are down for the year in a segment where sales are outpacing the industry. GM’s luxury brand has been remaking itself, by bringing new models to the market. V-Series is Cadillac’s performance line and the CTS is its midsize sedan. Put the two together and you have the makings of the most powerful production model ever built by GM, making 640 horsepower and 630 foot-pounds of torque thanks to its supercharged 6.2-liter V-8 engine. This sport sedan’s top speed is 201 mph for a model that should see much track time.

4. Nissan Titan. Nissan introduced its first full-size pickup truck for the 2004 model year. Unfortunately, the Nissan Titan has not been updated since. Full-size pickup trucks fans, however, will find a 2016 model on display at the 2015 Detroit auto show. Not much is known about the upcoming model, except that a first-ever diesel option will be offered. That motor will come from Cummins, the long-time supplier of a turbo diesel for Ram trucks.

5. Chevrolet Volt. Pity GM, Nissan and other manufacturers that are investing so much money in bringing electrified vehicles to the market. The second-generation Chevrolet Volt will be on display in Detroit, a sedan that will receive an all-new propulsion system along with an enhanced battery system. It will be interesting to see what changes GM makes to its hybrid electric vehicle. It will also be interesting to see how sales hold up as gas prices drop to as low as $2 per gallon.

6. Audi Q7. Audi introduced its largest crossover utility vehicle for the 2007 model year. Engine updates and other changes have kept this model relevant, but it is time for an all-new Q7 to emerge. The 2016 Audi Q7 will come in lighter and 26 percent more efficient according to the automaker. Two turbocharged engines — one diesel, the other gasoline — both displacing at 3.0 liters will be available. Audi promises several technological updates, including 3D audio.

7. Mercedes-Benz AMG line. Sorry, Mercedes-Benz fans: your all-new AMG models have already been revealed. What’s the problem with that? Nothing, really. Mercedes will showcase its AMG C-Class and GLE Coupe in Detroit, the first two models in the all-new Mercedes-AMG Sport Line. Essentially, with the new models the German automaker inserts an AMG Sport line, providing a step between the AMG Sports package for Mercedes-Benz vehicles and its classic AMG models.

8. Ford Performance. Earlier this month, Ford announced the creation of its Ford Performance division. That division unites Ford Racing, Team RS and Ford SVT under one umbrella. From that division will come at least a dozen new models through 2020, with several models expected to debut at the Detroit auto show. Ford hasn’t named those models yet, but we’re expecting both the Focus RS and the F-150 Raptor to debut. Rumors of a resurrected GT super car have not been confirmed.

9. Lexus F Model. Toyota’s luxury brand, Lexus, has successfully battled Mercedes-Benz and BMW for high net-worth customers. Where they’ve lagged is in performance vehicles, but that’s likely to change. Mercedes-Benz has AMG and BMW has its M line. The high performance F brand is from Lexus and we’ve already seen the delicious RC F. A second model will debut in Detroit, a track-ready sports car Lexus has recently been teasing. Not much is known about the new model, so look for a big reveal at the NAIAS to tell all.

10. Mini Cooper JCW. A Mini John Cooper Works Hardtop will debut in Detroit, powered by a twin turbo 2.0-liter four-cylinder engine. According to parent BMW, the new model has already dropped cover, but some details remain, including its price. The latest JCW should make 238 horsepower, providing even more distance between this model and its competitors. The new model will be outfitted with a JCW aerodynamics kit, a Brembo sports brake system and light alloy wheels.

The public days for the NAIAS will run from Jan. 17 to 25, 2015. The Detroit auto show is located at the newly refurbished Cobo Center downtown, with shops, restaurants and hotels nearby.