Home » Mexico City’s Love Affair With Volkswagen Beetle Is Over 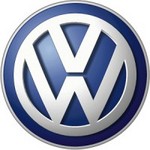