We’ve all heard that pickup trucks are some of the worst offenders when it comes to gas mileage. To hear the media tell it, pickup trucks are tremendous low-tech gas guzzlers that waste fuel in the worst possible way…but is this true? Is this another case of the media blowing a story out of proportion?

Let’s a take a look at some of the hard facts surrounding pickup truck fuel economy and see where the truth really lies:

Heavy vehicles do consume more fuel, but they do more work too

Pickups are usually 20-50 percent heavier than a standard 3,000 pound automobile thanks to stronger frames, bigger engines and transmissions, and beefier components. This additional weight allows truck owners to haul or tow equipment, building and other materials for work. It also allows boat and recreational vehicle owners to go to the lake, camping and elsewhere.  Trucks do burn more gas, but they can do a lot more work than a car…which means comparing them directly to a car isn’t really accurate or fair.

Many trucks are technologically advanced when it comes to efficiency

Engine technology has also come a long way over the past few years, and the 2011 Ford F-150 with EcoBoost is a perfect example of a truck with advanced fuel economy technology. The vehicle’s twin-turbo V-6 engine offers 365 horsepower and 420 foot pounds of torque, which is enough power to do some serious hauling and towing. However, despite all this power, the EcoBoost F150 is rated at 16 mpg city and 22 mpg highway.

These full-size numbers are impressive considering that the much smaller and less capable 4 cylinder Toyota Tacoma compact pickup is rated at 21-mpg city and 25-mpg highway.

The point is, not all trucks are low-tech fuel wasters – many of them use the latest technology to try and improve efficiency as much as possible.

Trucks are singled out unfairly

Many members of the media lambast a full size truck with a big V-8 engine because it has a low fuel economy rating, but this same fact is true for a number of different vehicles. Exotic sports cars, for example, regularly have worse fuel economy ratings than pickups, as do full size luxury performance sedans. Yet how often are these vehicles singled out as gas guzzlers by the hand wringing media? The Bentley Arnage and a BMW M5 might drain its fuel tanks as fast as a quad-cab pickup, but most automotive experts are too busy blasting around the test track to stop and think about how wasteful these vehicles are.

Pickups might not get the best gas mileage, but they’re a heck of a lot more practical than an M5, aren’t they?

Many people assume that smaller pickups are more efficient, but this is often incorrect. If, for example, you need a truck for work, it often makes sense to buy the biggest truck you could possible need. The reason? If you buy as big as you could ever need, you’ll never be in a situation where you have to make two trips.

What’s the fuel economy benefit of driving a small truck if you have to make two or three trips to haul everything?

Pickups get a bad rap because some people use them inefficiently, but don’t throw stones

Is a big Toyota Tundra the perfect commute vehicle? No. Trucks aren’t supposed to be for commuting. If someone uses a big bad truck only as transportation – and not for any other purpose – they very well may deserve our collective ire. If these people could drive a more efficient vehicle, fuel costs might be lower, there might be less smog.

Pickup trucks get a lot of bad press for being inefficient, but the fact of the matter is that it’s not the pickups that are bad – it’s the people who use them wastefully. Let’s stop blaming the product and start changing the people. 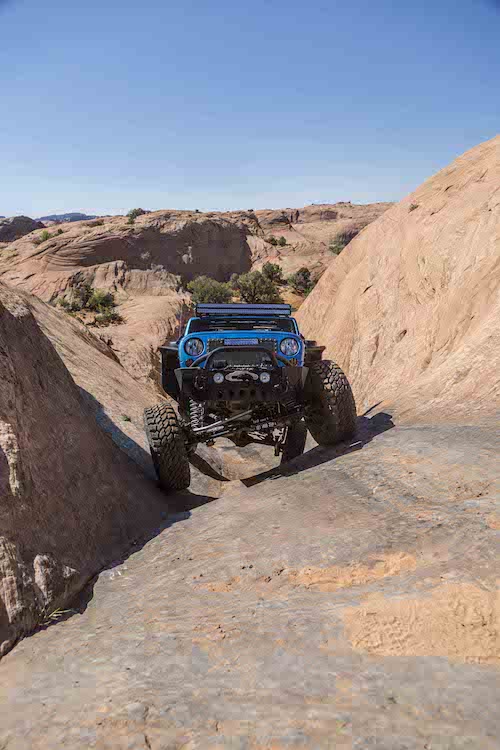 0 617
Do Your Wheels Hang Low? Compression vs. Droop for Rock Crawling