The calendar is winding down and come late tomorrow night we will be singing “Auld Lang Syne” as 2012 gives way to 2013. If you are shopping for a new car, however, you have through next Wednesday to buy a car and have that car counted toward 2012 sales. So, what is the big deal about that? Well, first you have more time on your hands to look for a better deal. Second, you can take advantage of industry competition and play these companies off of each other — that is if you are not brand loyal.

The auto industry’s selling periods do not follow the calendar precisely. That is because dealers want to even out the number of selling days each month although this year those days ranged from 24 days in April to 28 days in March. 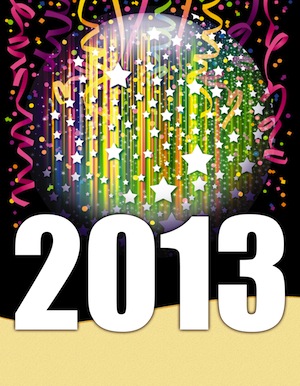 December’s selling period always extends into January. That’s because the number of national holidays late in the year to early the following year is three and some balance must be struck to gauge sales. December sales began to be counted on the Dec. 1, but with five Sundays in the month plus Christmas followed by New Year’s Day, Jan. 2 is the last day that 2012 sales will be counted.

Just as some dealers will be open today, some will also be open on New Year’s Day — maybe not at 9 a.m. to allow late-night party-goers to regroup, but by 12 noon and perhaps well into the evening. On Wednesday, some dealers will open early and close late, in a bid to get in that final sale before the books are closed on the year.

Earlier this year in “Black Friday and New Car Deals,” we examined how consumers could save money on a new car purchase on the day after Thanksgiving. Although we stick with our guns to say that this day still offers some very good bargains, we did notice that some dealers were holding “Black Friday Sales,” making us wonder just how good those sales really were. New car dealer managers are not dumb, just annoying — wink, wink — and can just as easily read as you can, knowing that consumers are looking for bargains.

As the sales year comes to an end, there is a tussle going on between manufacturers for bragging rights. Last year, we saw BMW and Mercedes-Benz battling for the top as tsunami-battered Lexus lost ground. That battle between two premier German brands also became a source of irritation for industry analyst as both companies held back final sales data for a full day to see who won. BMW ended up winning top luxury brand honors as Lexus’ 11-year reign came to an end. For shoppers of both German brands, incentives helped close many sales.

The big battle this year will once again be on the luxury front although you can look at some vehicle segments and guess that the deals will be flowing. Toyota’s Camry looks as if it will retain its position as the best-selling midsize model, indeed, the best-selling passenger vehicle model in the U.S. for another year. Ford has a lock on standard pickup trucks, so look for some movement in other categories including compact SUVs, minivans and perhaps among mini cars.

Are you in the market for a car? Well, contact several local dealers and find out what there hours are from today through Wednesday. If you have some time on your hand, you may find it beneficial to eat your supper on Wed., head to the dealership and prepare to negotiate. You may have the sales staff on pins and needles as they wonder whether you will agree to a deal and how much that deal will cost them.

It will cost them plenty if you deal wisely.

0 141
Craigslist Car Scams and How to Avoid Them