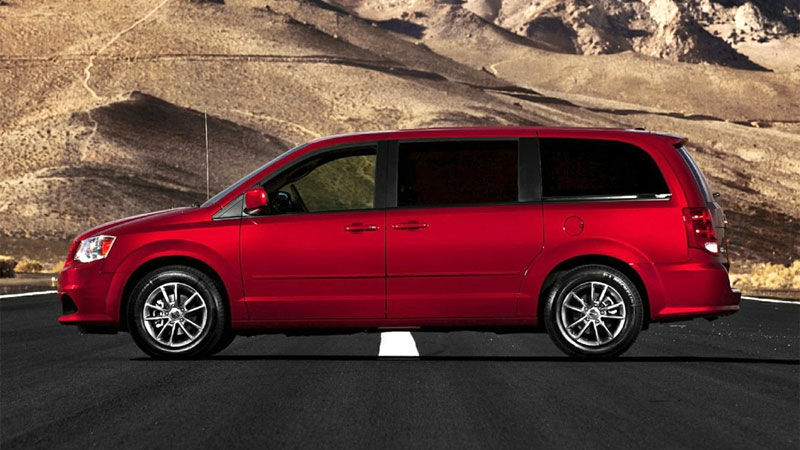 The Dodge Grand Caravan is the antithesis of a sports car, a wholly practical vehicle that has dutifully served as a family hauler for the past three decades. When the Plymouth Voyager and Dodge Caravan were introduced in 1983, a new vehicle segment, minivans, was introduced.

The Grand Caravan, a stretched wheelbase version of the Caravan arrived a few years later and it, along with the Chrysler Town & Country, are what remain of Chrysler’s minivan offerings.

The tested model was a 2013 Dodge Grand Caravan R/T, a vehicle that arrived following my week with the BMW M6 Coupe. Where the BMW was all about unbridled speed and opulence on a sport frame, the Dodge Grand Caravan was two tons of slab styling, a veritable rolling embarrassment and an exercise in personal humility.

Contrasts and humility aside, I did get used to the Dodge and it ended up being the family hauler of choice for my wife and our two sons. 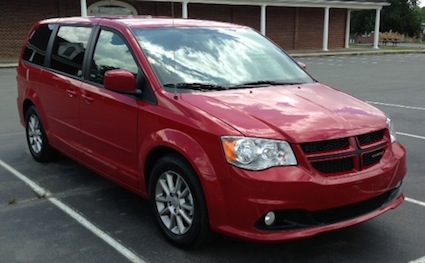 The Dodge Grand Caravan is available in five trim levels, with the R/T the most expensive of the lot. This model features a sport-tuned suspension, polished aluminum wheels and black leather seating surfaces.

Supposedly, these changes make the Grand Caravan more appealing to dads you know, us guys who absolutely detest soccer mom vehicles. Well, as the saying goes: you cant put lipstick on a pig and make it look like something else. It is still a pig.

Indeed, Dodge has a pair of crossovers that siphon sales from the Grand Caravan: the Journey and the Durango.

It is now called Super Stow ‘N Go as both second and third row seats fold effortlessly into the floor, creating a cavernous storage area suitable for bringing home those yard sale finds. No other manufacturer offers disappearing seats, what both the Dodge Grand Caravan and the Chrysler Town & Country are noted for.

The Grand Caravan R/T features quad halogen headlamps that flank the Dodge crosshairs grille and are located directly above its fog lights. The vans body lines are as upright and nondescript as you can get, but both rear doors slide open and, along with the liftgate, are power operated.

Access to the second and third rows is ridiculously easy with the second row captains chairs folding forward with just one touch of a button.

The third row seat offers sufficient room for three, although you will soon notice that back support is wanting what was sacrificed to ensure that these seats can fold into the floor without excess padding getting in the way. For kids, the last seat works out just fine, for adults not so much.

As a dad, there are some nifty features that the Dodge Grand Caravan offers besides what was mentioned earlier. The second and third row seats benefit from manual sun shades and the second row windows also power down.

The overhead console, an entertainment delight, features a pair of 9-inch screens visible to second and third row passengers. Lastly, when equipped with a trailering package, this van pulls up to 3,600 pounds.

We counted 11 drink holders and also found storage compartments in the doors, the door sills, between the front seats, at the foot of the front seats at the bottom of the center stack, two glove boxes, and other nooks and crannies throughout.

A mother must have designed the interior with both her children and her children’s friends in mind, leaving no chance that enough storage could be left out.

Every 2013 Dodge Grand Caravan is outfitted with a Pentastar 3.6-liter V-6 engine that is mated with a six-speed automatic transmission. That means that the base American Value Package model is priced from $19,995 and just may be the only V-6 model offered at such a low price point.

Likely, you’ll choose one of the better trim packages especially if a navigation system, XM radio and a comfortable drivers seat are important to you.

The Dodge Grand Caravan moves with ease and taps as much as 283 horsepower and 260 foot-pounds of torque as needed. For the most part the engine was responsive with only minor hesitation when stepping on the accelerator to pass at highway speeds.

Its a normally aspirated engine for this front-wheel drive model; a turbocharged engine would have been overkill and likely would have made handling an oversteer nightmare.