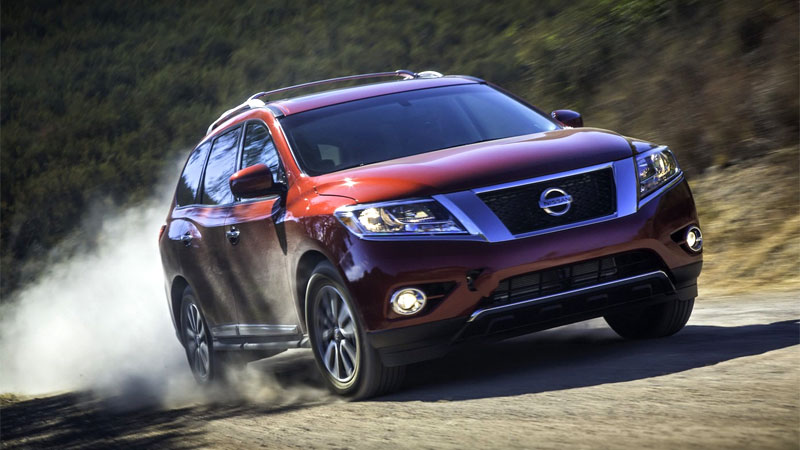 The switch to a unibody platform for the Nissan Pathfinder was inevitable. Competing models, including the Ford Explorer and Dodge Durango, had recently made the switch, joining the Honda Pilot, Toyota Highlander, Chevrolet Traverse and related models in providing roomy and efficient crossovers.

In the transition Pathfinder loses some of its utility, namely its off-road prowess, and exchanges that for a more comfortable on-road ride.

A navigation system was not included, reserved exclusively for the Premium model.

Crossover models typically offer ample storage and the Nissan Pathfinder does not disappoint. Though it seats seven, there are 16 drink holders available — six each in the first and second rows, and four in the third row.

Storage compartments include the door pockets, between the seats and in the floor of the rear storage area. This model also features an overhead sunglasses storage compartment up front, roof rails and side rails. A sunroof and a panoramic moonroof are included. Four 12-volt outlets and one 120-volt outlet are also included.

The all-new Nissan Pathfinder can tow and has a 5,000-pound trailering limit. Numerous safety features are standard including anti-lock brakes, electronic brake force distribution, traction control, stability control and a full complement of airbags including side curtain airbags.

As tested, the Pathfinder SL retails for $38,720, but keep in mind that to get the navigation system you will need to upgrade to the pricier Premium model.