Home » The Future of Automotive Awesomeness

What mind-blowing tech will we be using in five years?

Motoring technology has never stood still. Manufacturers have constantly pushed boundaries, from engines and chassis to the nuts and bolts of the assembly plants. Every manufacturer wants their new model to be faster, safer, more desirable.

This has always been true in the past, and will always be true of the future. But, what will be the most ingenious inventions in vehicles over the next few years? What innovative improvements will change the way we think about driving? And, will road users used to standard car or bike insurance soon need some kind of futuristic policy? 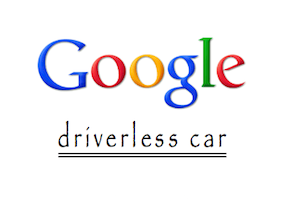 Autonomous cars will be a serious game-changer. And they’re definitely coming. Google’s self-driver is already on Nevada’s public highways, and both Toyota and Audi are developing autonomous prototypes.

These cars use GPS, radar, 3D cameras and even laser range-finding technology to map out the road environment and safely navigate their way to a location.

Self-driving cars could revolutionise the way we drive. They could make driving safer by cutting road fatalities. They could increase our quality of life by lowering stress and freeing up time. They could benefit the economy by reducing congestion and increasing productivity.

Head-up displays (HUDs) will be familiar to online gamers and gamblers. HUDs overlay information about your environment in your main line of sight. For gamers this means viewing the items collected in the game. For gamblers it means ‘reading’ your poker opponents by viewing data about their playing habits.

HUDs could give drivers all the information they could ever need – all without needing to take their eyes off the road; information like maps, speed, fuel, in-car entertainment, traffic updates, general news alerts and social networking interactions.

HUDs mean more information. And more information inevitably means more distractions. But, the prospect of having increased knowledge about your environment also means being able to make more informed decisions, which will be pretty empowering. So what will Siri do for driving? Well, you’ll be able to select music on your iPhone and set Sat Nav directions. But, with Siri’s reputation for accuracy you could end up in some strange places – geographically and musically. So will typical car voice recognition merely involve intense raging at an inanimate object?

Voice recognition might just have a future. Who knows, perhaps one day an improved version of Siri will end up driving your car for you.

The tech firm QNX has developed an autostereoscopic (virtual) dashboard that will pop out in front of the driver and display gauges and maps in 3D. Cleverly, the system tracks the movements of your eyes, displaying separate information for each eye and repositioning the image depending on where you’re looking.

But, will the 3D dashboard be truly immersive and add value to the driving experience? Or, will it be like the motoring equivalent of paying over the odds to sit through a two-hour film in 3D – the initial euphoria of something new and exciting gradually fading and being replaced with a headache (and someone waggling a sword in your face)?

3D dashboards could actually be a useful addition to the collection of current car tech. For a start, there’s no annoying glasses making everything darker. Also, there’s an obvious benefit to a three-dimensional route map stretching out in front of you.

The UK electronics firm Plessey Semiconductors has developed a sensor system that can determine the very first signs of fatigue by wirelessly monitoring respiration and heart rate. How is this done? By making use of seven sensors embedded into the car seat, engineered to measure the little electrical signals that your body produces (even through your clothes). If the system registers that your heart rate is slowing, it’ll set off a concerned-sounding alarm to remind you to pull over and rest.

Plessey Semiconductors builds on existing tech from Volkswagen and Hyundai, who already offer tiredness detector systems that measure driving actions that could indicate drowsiness, such as certain patterns or trends of brake and steering use. So the new models are rather cleverly looking at the same metrics, but looking at what your body rather than what your body does.

It’s hard to imagine many downsides to this one. Unless the sensors respond to tiredness by shocking you with electric volts.

Andrew Tipp is a writer, blogger and editor. He has previously written about motor racing, vintage vehicles and road safety. Andy is a fan of tech, gadgets and Formula 1, and when he grows up – he’s 29 – he plans to drive for McLaren.

Author: Andrew Tipp
Andrew Tipp is a professional writer and currently serves as a Digital Editor for Further, an award-winning online marketing agency based in Norwich and London, UK. He is tasked with creating and managing high-quality web content, which forms a part of the company's integrated content, search and social media marketing campaigns. His work helps clients to find, engage and convert new audiences. Andrew is also an experienced online and print content manager, having worked professionally on websites and magazines by writing and editing copy. He has a background in social media, communications and public relations. You can follow Andrew Tipp on Google+ as well as on his personal blog.
Website