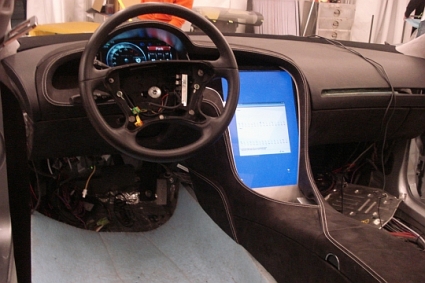 Access to the Internet is more widely available than ever before and the inside of your vehicle is no exception. As cars become capable of displaying more than just simple navigation instructions, will navigation become infotainment? And, will dashboard Internet access be deemed too distracting?

What is Dashboard Internet?

These systems allow drivers to get GPS navigation wherever they are; they also provide access to 3D maps and street views. Systems may also allow drivers to call friends, adjust the cars temperature, play music and check fuel levels while driving, using voice commands. While the car is parked, the technology can be used to get location or event information, such as temperature, venue information, business or restaurant reviews and traffic conditions. In addition, drivers can stream videos in their car.

Currently, dashboard Internet is mainly available in luxury vehicles, but over time, it may become standard in most new cars. This means that many consumers will be learning to navigate new, potentially distracting car features.

Some people are worried about the potential distraction posed by dashboard iInternet. This new technology creates many of the same risks as existing car features, such as front-seat televisions and GPS navigation systems. The ability to watch videos and get directions while driving is not a new phenomenon, but it takes that to the next level by providing drivers with access to the entire web.

On the other hand, manufacturers and consumers counter that dashboard Internet is safe when used correctly because it:

Right now, the verdict is still out on infotainment for the car dashboard. It needs to become more widespread before we’ll have a clear answer. Studies on the subject are being conducted. What is clear, though, is that drivers with dashboard Internet, like all drivers, should exercise good judgment and personal responsibility when using their devices.

2 thoughts on “Infotainment: Will Dashboard Internet Access Be Too Distracting?”