While CODA hasn’t lived up to its own expectations, another Chinese manufacturer is pragmatically considering selling its own vehicles directly in the United States, perhaps by securing a plant in the states and building locally. Great Walls Motor Co,, wants to enter the US car market and is weighing the possibility of selling an SUV reports Automotive News. 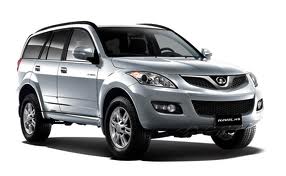