The fifth generation Toyota 4Runner has been revealed, a midsize sport utility vehicle with standard seating for five or optional seating for seven. Like each model built to date, the all-new Toyota 4Runner features body-on-frame construction, an arrangement that makes it possible for the optional 44 model to handle off-road duty with ease.

Toyota used the 2013 Stagecoach Music Festival as the venue for revealing the 2014 Toyota 4Runner this past weekend. The automaker sponsors this annual event set in Indio, Calif., held some 30 minutes from Palm Springs. The new model is offered in three trim levels: SR5, Limited and Trail.

One engine and transmission combination is offered across the Toyota 4Runner line. A 4.0-liter V-6 engine is paired with a five-speed automatic transmission with a transfer case. This engine generates 270 horsepower and 278 foot-pounds of torque, making use of variable valve timing to optimize torque. It is the same powertrain combination found in the fourth generation model. 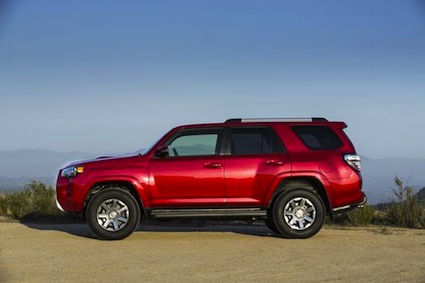 Exterior changes for the Toyota 4Runner include a more robust grille, smoked headlamps and optional color-keyed grille insert with fog lamps. Color-keyed bumpers, over fenders and a hood scoop are among the defining characteristics of this muscular model.

Projector beam headlamps and LED light treatments are new. Both SR5 and Trail editions sit on 17-inch alloy wheels; the Limited edition gets 20-inch painted black alloy wheels. For 2014, a roof rack is standard across the model line.

Inside, soft touch materials are evident throughout the cabin with leather touches standard on the steering wheel and the shift knob. Standard fabric seating gives way to leather seating with the Limited edition. 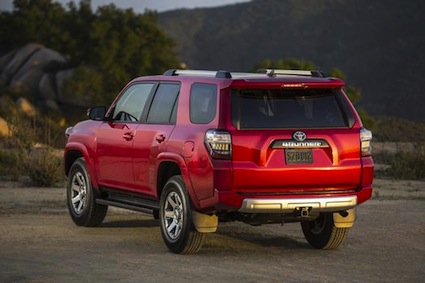 Standard equipment includes a manually-controlled air conditioning system, upgraded to an automatic, dual-zone system with the Toyota 4Runner Limited. An eight-way power driver seat is standard; ventilated driver and front passenger seats are included with the Limited edition. Lumbar support and heating capabilities are standard with the Limited. The 2014 Toyota 4Runner employs a double-wishbone independent front suspension and a four-link rear suspension. This model is outfitted with variable-flow rack-and-pinion steering, with coil springs over gas shocks used at all four wheels to provide optimum ride and handling. 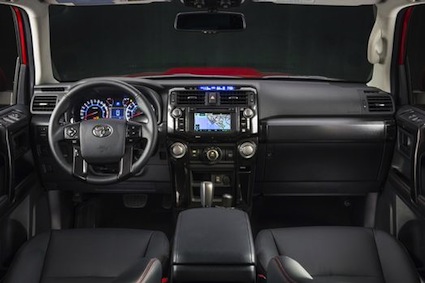 Every 2014 Toyota 4Runner is covered by a 36-month/36,000 mile bumper-to-bumper. A pair of 60-month warranties provide powertrain coverage for 60,000 miles and corrosion coverage with no mileage limitation. Toyota Care, a complimentary maintenance and roadside assistance plan has buyers covered for two years or 25,000 miles, whichever comes first.

The Toyota 4Runner competes in a segment where its competitors have largely abandoned body-on-frame construction for a unibody design. The Dodge Durango, Ford Explorer, Jeep Grand Cherokee and Nissan Pathfinder have all made the switch, leaving the 4Runner as one of the last SUVs of its kinds. And with its 5,000-pound towing capacity, Toyota hopes buyers will take notice, by providing perhaps the best combination of on-road usability and off-road utility in its segment. 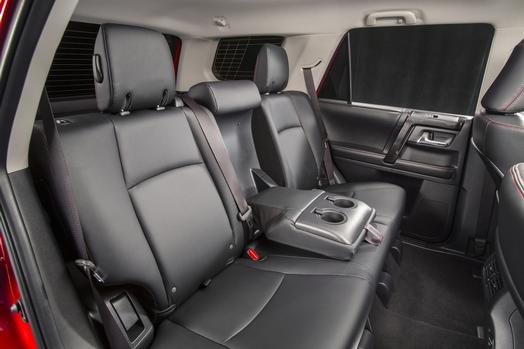