From liquid to solid: a durable, clear 3M adhesive.

From time to time this writer takes to the road to find out first hand “what’s happening” in the world of autos. By no means am I a road warrior: five to six trips per year is typically what I can handle as work and family responsibilities limit my time away from home.

When the invitation from 3M Automotive to take in its “boot camp” came in I did not hesitate to enlist. After all, how often are we summoned from bed at the crack of dawn to remove haze from headlights, apply Bondo to car surfaces or perform a tune up that really is not a tune up?

Seriously, it wasn’t all that discomforting of a trip, but it did shed much light on a company once known chiefly for its Scotch brand tape and now recognized as a major supplier of OEM and aftermarket automotive care products. No early revelry and certainly no lack of interesting stuff to discover. Disclaimer: 3M paid for the airfare, meals and my hotel stay; I picked up the tab for the airport parking and whatever food I purchased while waiting in the airport lounge.

3M is the abbreviated version of the original Minnesota Mining and Manufacturing Company, early on a Duluth company, but today it is based near Saint Paul. Its mining focus quickly evaporated as its founders were not able to find the corundum that they had thought they’d uncover. Instead, their first venture yielded anorthosite, essentially a worthless mineral. Needless to say the “mining” part of 3M never worked out, but the company is hardly ashamed that its founders tried, failed and moved on.

Fortunately, the company managed to develop sandpaper, masking tape and, later, transparent tape, moves that helped the company earn its reputation as an innovator. These days 3M is a multinational corporation with more than $30 billion in sales and employing more than 80,000 people worldwide. The company holds numerous patents and produces tens of thousands of products.

Among the products offered are a line of automotive care merchandise including Bondo, a windshield repair kit, paint protection film and a new product line: 3M Paint Defender. The company also produces noise absorbing and dampening products, adhesives and other fastening systems, light management and electrical components, and much more. 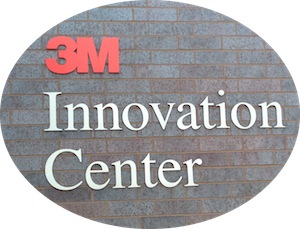 Auto boot camp for us — the “us” being approximately two dozen journalists, bloggers and enthusiasts pulled in from around the country — had its focus on five products primarily, but started off with a visit to the company’s Innovation Center where we took in a planetarium-style overview video of the company and got a glimpse at the 17 areas of innovation that the company is known for.

Following the introductory film, we exited the theater to take in the work stations where we could see, touch and learn about the many products that drive 3M. What we didn’t know about the company soon became apparent with this part of our visit, but it also left us wanting more — quite frankly, we could have spent the better part of the day in the 3M Innovation Center — it was that interesting.

But, it was the automotive boot camp that brought us to Minnesota in the first place and the chance to try out several 3M products first hand.

Our contingent of media folk was split up into four groups with each one assigned to a different station before rotating to the next one. Those stations or “tech sessions” enabled us to experience four car care products that customers might use. Indeed, with the average age of a car on the road pushing 11 years, the 3M Autos line has been designed expressly to serve people that want to extend the life of their vehicles.

We all know that Bondo is a great way to make small repairs whether on the car’s body or around the home. 3M demonstrated a simple four-step repair process where we personally prepared, repaired, filled and finished a car’s surface using both a standard sander and its “clean sand system” for dust-free work. The latter arrangement employs a handheld vacuum that sucks up dust while you work — my personal option.

The 3M Fuel System Tune Up Kit is, perhaps, the only incorrectly named product we used. It isn’t like today’s cars need tune ups although changing the air filter, replacing the spark plugs and putting in a new PCV valve are common tasks. Distributors are gone and in many cases spark plug wires with it. Still, optimizing engine performance is important and that is where this 3M kit comes in.

This part of the boot camp was observation only with the technician explaining and handling the procedure. 3M’s kit cleans out the air intake and fuel systems, improves power and reduces fuel consumption. The kit includes throttle plate and carb cleaner, intake system cleaner and a fuel system cleaner. Easy to use nozzles and spray hose attachments make this a job one nearly anyone can handle. 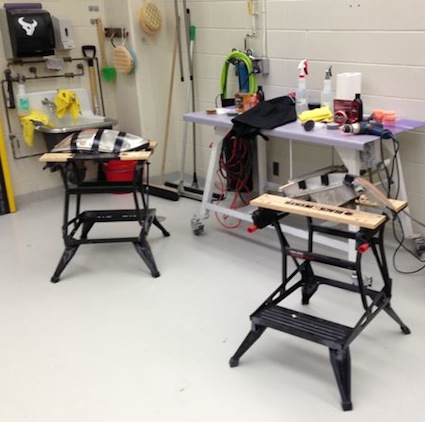 My personal favorite product was the headlight restoration kit. With two aged vehicles to care for, both have acquired the haze commonly found on today’s headlights. Its a product you can do by hand or with the help of a sander. Either way, you can sand, refine and polish your lights to like-new, an ideal project especially if you plan to sell your car.

For consumers that insist on keeping their vehicles looking like new, the 3M Auto Essentials line was made for them. Five products: scrub, tire, glass, restore and wax can be used on a variety of car surfaces in a bid to restore a vehicle to its former luster. Other products such as a windshield repair kit, a wheel restoration system, protection film and black Bondo finish also weigh in.

The heart of our visit, however, was the official launch for the company’s all-new “Paint Defender System.” Saying that it is “all new” does not mean that 3M is new to paint protection film, rather it speaks to the latest product in a line of products that can be traced back more than 40 years to the Vietnam War and applying that protection to helicopter blades.

The new Paint Defender System just may raise the bar for automotive paint protection as it is sprayed on as a liquid and is transformed into a film. Clear, durable and good for at least one year, PDS consists of the spray film, an application kit and a spray trigger. 3M designed this product to be used on the entire car’s surface with special attention to the hood, trunk deck, rocker panels and other areas where road debris might kick up and mar the car’s finish. The film itself is extra tough, dries quickly and is hard to spot. You enjoy the benefits of a car cover without the hindrance — a paint system that will cost you less than $50. 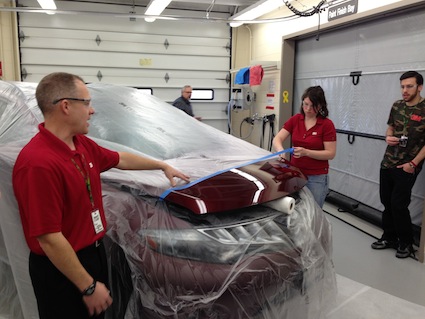 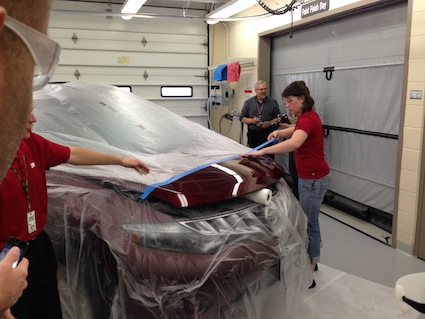 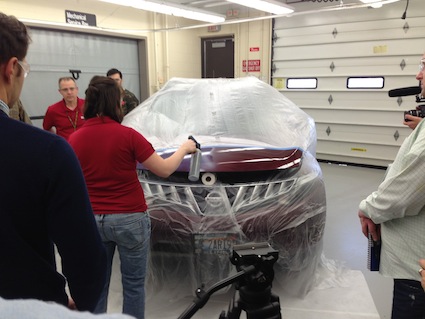 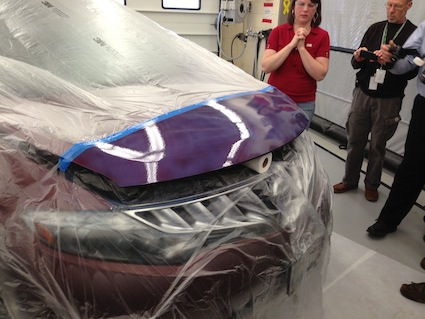 3M prides itself for being an innovator, allowing its employees to use as much as 15 percent of their personal time to innovate. Many of the applications demonstrated by its automotive division are used on other products elsewhere, with employees find ways to cross-pollinate ideas and to improve the products that today’s consumers treasure.