Millward Brown has released it latest Brandz Top 100 Most Valuable Global Brands ratings, with Toyota once again assuming the top spot amongst automotive brands. Last year, BMW moved pass Toyota to gain the number one position, swapping places with Toyota. BMW is again the second most valued brand among car manufacturers according to the Millward Brown Optimor valuation method used in the study.

Now in its eighth year, The BrandZ™ Top 100 Most Valuable Global Brands study is conducted by Millward Brown Optimor on behalf of WPP, the marketing communications company. The study surveys both current and potential buyers of a brand and adds in financial data to calculate value. Since conducting its initial study, the researchers have found that the world’s Top 100 brands have grown by 77 percent and are now worth a collective $2.6 trillion. 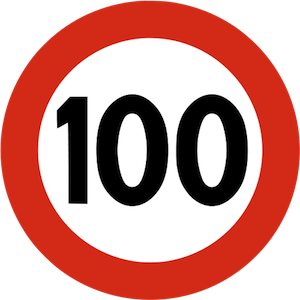 The Toyota brand finished No. 23 among all brands, valued at $24.497 billion and just ahead of BMW’s $24.015 billion. Other car brands in the Top 100 included Mercedes-Benz, Honda, Nissan and Volkswagen. The top five most valuable brands regardless of category were Apple, Google, IBM, McDonald’s and Coca-Cola.

The cars category rose in value by 5 percent, reversing a 7 percent drop in 2012. Stronger products originating from Detroit and the brand value rise of several German brands sparked the increase.

The study also looked at the Top 10 car brands including four that fell outside of the Top 100: Ford, Audi, Hyundai and Lexus. Toyota, Mercedes-Benz, Audi and Hyundai each registered double-digit gains while BMW and Honda fell slightly by 2 percent each. The collective value of the Top 10 car brands, however, remains below the pre-recession valuation, coming in at just 71 percent of value. The United States and China are currently the two strongest automotive markets with smaller increases or declines seen elsewhere, impacting net brand valuations.

Although price is 30 percent of the reason why people purchase new cars, the BrandZ study found that among the Top 10 car brands it represented just 18 percent of the reason. Other purchase factors weighing in included fuel efficiency, safety, comfort, engine performance, advanced technology and after sales service.

BrandZ also noted the varying ways that car manufacturers sought to reach consumers. Among US brands, Ram paid tribute to American farmers in its Super Bowl commercial. And while Ford has sought to reintroduce Lincoln, its Ford brand outreach efforts have been mostly through social media. GM’s approach, particularly with Chevrolet, has been to connect it with America’s past time, baseball.

Millward Brown also identified four action points car manufacturers can take to advance brand valuations. With consumer expectations elevated, automakers can continue to demonstrate “seriousness” by improving quality and adding features. Otherwise, consumers may just as easily switch brands. Consumers are also looking for improved gas savings, while younger car buyers are typically looking at a car as a necessity, not a status symbol. Lastly, carmakers should continue to look to the east (Asia) as that is where the greatest growth opportunities lie.