Up until three months ago, Carlos Tavares was the chief operating officer for Renault, the French automaker in alliance with Nissan. Tavares left the company in Aug. after Bloomberg published an article that quoted him as saying that he would like to run another automaker as Renault/Nissan CEO Carlos Ghosn apparently wasn’t going anywhere.

Those words probably didn’t sit too well with Ghosn who at 59 wasn’t ready to relinquish the reigns to Tavares, 55, or anyone else for that matter. Although he was soon out of a job, Tavares was expected to land safely elsewhere, perhaps leading GM or Ford, two companies he has expressed interest in. 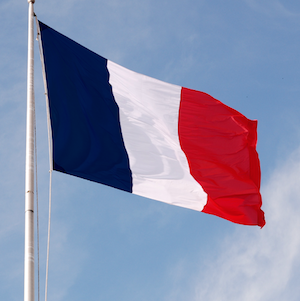 Earlier this week Tavares did land on his feet when rival PSA Peugeot Citroen announced that he will join the company’s management board effective Jan. 1. Later in the year Tavares will replace current PSA CEO Phillippe Varin, who plans to retire.

Peugeot is the second largest car manufacturer in Europe after Volkswagen. The French government and GM own stakes in the company, but the automaker has also been seeking a partnership with Dongfeng Motors, a Chinese manufacturer. In Oct., Reuters reported that PSA Peugeot Citroen was preparing a 3 billion euro (US $4.1 billion) capital increase with monies contributed equally by the French government and Dongfeng, itself owned by the Chinese government.

Through the originally proposed financial initiative, both Dongfeng and the French government would each gain a 20 to 30 percent stake in PSA. The move would also cause the Peugeot family to lose control of the company as its 25.4 percent stake and 38.1 percent voting share would be reduced. GM’s own 7 percent share would also be diluted once an agreement was made. However, later reports have indicated that Dongfeng is not interested in retaining a stake larger than 10 percent as reported by Automotive News Europe.

Regardless of the number of shares taken, Peugeot has little choice to look for outside help as the company continues to get hammered in the weak European market where its strength lies. PSA has a presence overseas, but it is absent from one important market: North America. Despite its relationship with GM or perhaps because of it, the Peugeot and Citroen brands are not likely to return to the US market, last served more than two decades ago.

Peugeot has been mired in a slump for six years as the European market continues to suffer high unemployment and weak growth, especially in western nations. Tavares brings with him more than three decades of automotive experience at Renault, culminating as Ghosn’ second-in-command. Tavares had planned to add both sports car and luxury brands to Renault before he left, moves that could have raised Renault’s global visibility.

Tavares comes to a money losing operation, one that has seen its automotive unit lose 510 million euros (US$691.7 million as of publication) during the first half of 2013. Returning to profitability will require additional sacrifices, what Varin has already required by closing manufacturing plants and through the elimination of more than 11,000 jobs. The French government is eager to stem job losses, as unemployment has been rising steadily moving from 9.5 percent in late 2011 to an estimated 11 percent today.

Tavares is a native of Portugal and speaks French fluently. Thus, heading to Peugeot keeps him in a market he knows well and removes his name from potential successors at GM and Ford. Both US automakers have several of their own executives that might step up when Dan Akerson (GM) and Alan Mulally (Ford) retire. But in the automotive industry job hopping is not only expected, but it is especially required for executives seeking to move up.

Honda Accord Wins Green Car of the Year Award