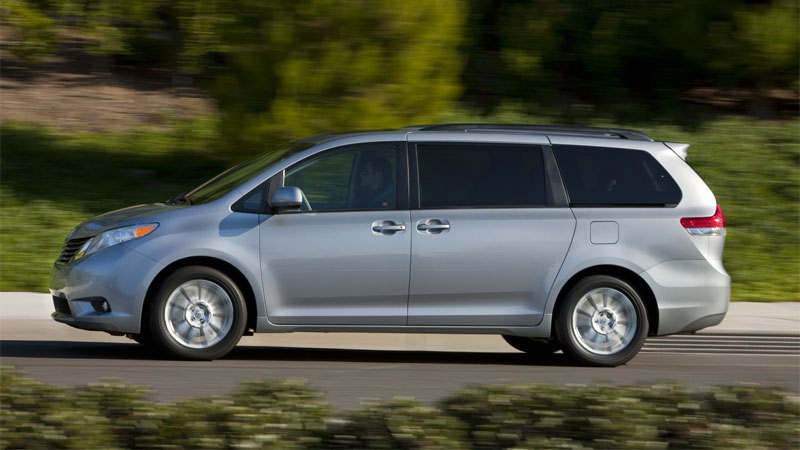 The modern minivan movement began in 1983 when the Chrysler Corporation brought the Plymouth Voyager and Dodge Caravan to the market. Those early models were based on the automaker’s K-Car platform, a compact car line that spawned numerous other Chrysler, Dodge and Plymouth models.

The earliest minivans lived up to the segment’s name, weighing about 3,000 pounds and measuring 176 inches long. Today’s minivans typically weigh closer to 4,500 pounds and have added about two feet to the length. Even so, today’s models are just as fuel efficient as the original minivans, as state-of-the-art engines and transmissions are now in use.

Chrysler still produces minivans even as its domestic competitors have bowed out of the market. You can buy a Dodge Grand Caravan or a Chrysler Town & Country, models with combined sales greater than the Honda Odyssey, Toyota Sienna, Nissan Quest and the Kia Sedona. The following are the miles per gallon or mpg ratings for today’s minivans. 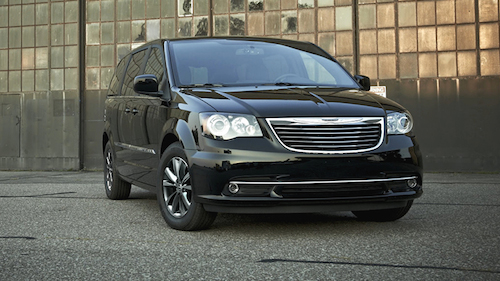 Both the Chrysler and Dodge minivans are powered by a 3.6-liter V-6 engine mated to a six-speed automatic transmission. These models are rated at 17 mpg in the city and 25 mpg on the highway for a combined 20 mpg. The Chrysler Town & Country and Dodge Grand Caravan take regular grade gasoline.

You can also fill these models with E85 fuel, an ethanol blend, but your fuel economy will suffer. With E85 fuel only, this model is rated at 12 mpg in the city and 18 mpg on the highway for a combined 14 mpg. 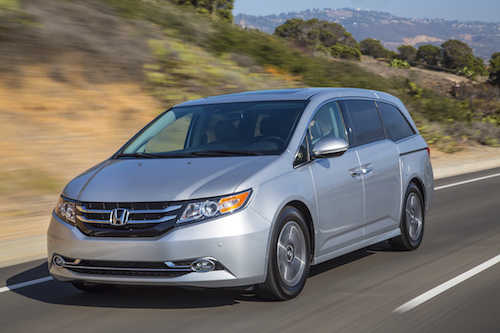 The Honda Odyssey is powered by a 3.5-liter V-6 engine and is paired with a six-speed automatic transmission.

This model takes regular grade gasoline and is rated at 19 mpg in the city and 28 mpg on the highway. The Odyssey’s combined gas mileage comes in at 22 mpg. 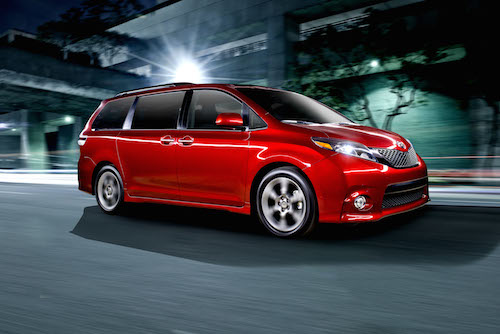 The only minivan model that offers optional all-wheel drive is the Toyota Sienna. This vehicle is powered by a 3.5-liter V-6 engine paired with a six-speed automatic transmission. All Siennas take regular grade gasoline. 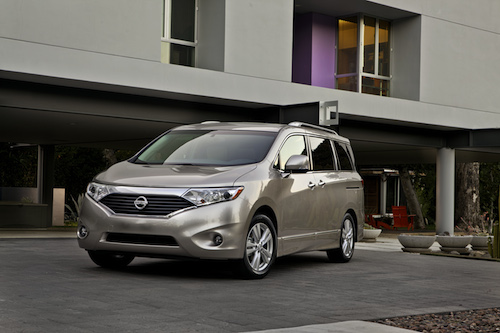 The Nissan Quest is powered by a 3.5-liter V-6 engine and paired with a continuously variable automatic transmission.

This model takes regular grade gasoline. The Quest is rated at 19 mpg in the city and 25 mpg on the highway for a combined 21 mpg. 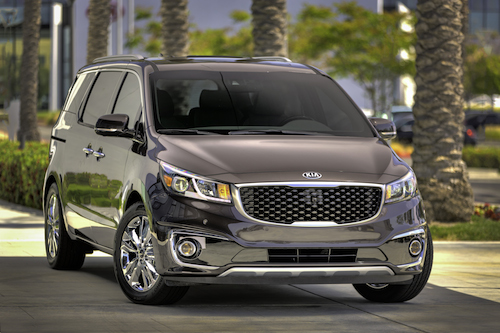 Korean automotive manufacturer Kia has returned to the minivan market with its Sedona. The Kia Sedona takes regular grade gasoline and is rated at 17 mpg in the city and 24 mpg on the highway. Its combined fuel economy comes in at 20 mpg.

There are other van models on the market that may be better representatives of the minivan name, at least in size and in weight.

The Ford Transit Connect offers a pair of four cylinder engines (1.6 and 2.5 liters) and is sold in standard and stretched wheelbase models.

Presently sold as a cargo van to retail customers, the Nissan NV200 is powered by a 2.0-liter four cylinder engine making 24 mpg in the city and 25 mpg on the highway or a combined 24 mpg. This model takes regular grade gasoline.

Not to be left out is the Mazda 5, a model that is powered by a 2.5-liter four cylinder engine paired with a five-speed automatic transmission. This minivan or multi-purpose vehicle is rated at 22 mpg in the city and 28 mpg on the highway for a combined 24 mpg. The “5” takes regular grade gasoline.