Taking the puff out of smoking. 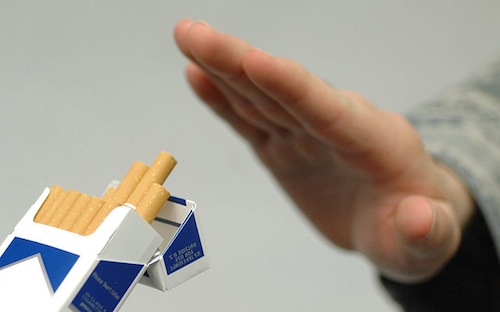 Britain will soon be enforcing what some Americans want to see on the books: legislation banning smoking in cars with children present. The British initiative was started by health campaigners and received support by the opposition Labour Party. That ban is expected to kick in by May 2015, just before the next UK general election.

In advocating for the measure, supporters cited data revealing that children riding in cars with smoke present were more likely to suffer health problems. Specifically, passive or secondhand smoking can cause ear infections, an increased risk and severity of asthma attacks, respiratory problems and infections, and an elevated risk of sudden infant death syndrome notes the Centers for Disease Control.

The CDC says that all secondhand smoke not just in-cabin smoke causes an estimated 150,000 to 300,000 new cases of bronchitis and pneumonia annually for children aged 18 months or younger. Some 7,500 to 15,000 hospitalizations annually are also related to secondhand smoke for this age group.

Oregon defines children as anyone younger than 18. The maximum fine for the first time offender is $250. It rises to a maximum of $500 for each subsequent offense. California, Utah, Maine, Louisiana, Arkansas, and Puerto Rico also have smokefree car laws.

Campaigning for a Cause

Lobbying against smoking in cars is the Americans for Nonsmokers Rights (ANR), an advocacy organization formed in 1976 to preserve nonsmokers’ rights. ANR recognizes that laws alone will not stop secondhand smoking in cars and believes that educating the public about the health hazards would improve decision making about smoking in ways that harm other people.

Not everyone thinks that smokefree car laws are the way to go. British American Tobacco (BAT), whose brands include Lucky Strike, Kent, Pall Mall, and Viceroy, agrees that children should not be exposed to cigarette smoke in cars and other confined places. However, the company says that is concerned that the ban will someday be extended to include smoking when children are not present.

The BAT position, however, appears to have little support and may do nothing to stop legislation from being enacted elsewhere. South Africa, Canada, Cyprus, Australia, and the United Arab Emirates, also restrict smoking in cars with minors present. And where laws are not in place, educational campaigns may be used to persuade drivers to not light up as in New Zealand where the government has targeted 2025 for when that nation plans to become smoke free.

0 371
Craigslist Car Scams and How to Avoid Them