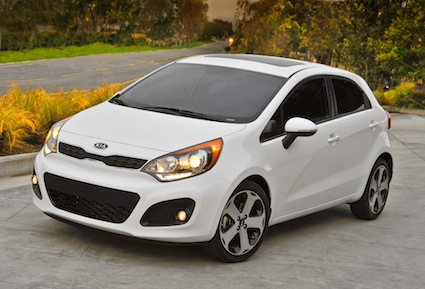 Kia enters the Mexican market in a big way.

Korean automaker Kia Motors Corporation announced this week that it will build a new manufacturing plant in Nuevo Leon, a state located in northeast Mexico, not far from Texas. Kia’s investment will come in at $US1 billion and will represent the company’s second location in North America.

Kia Motors: On to Mexico

The new plant will join one in West Point, Georgia, currently operating at full capacity. Construction is expected to commence in September with the plant operational by early 2016. Kia Motors executives were in Mexico City to sign the agreement with Enrique Pena Nieto, president of Mexico, among the dignitaries present.

Speaking on behalf of the automaker was Hyoung-Keun (Hank) Lee, Vice Chairman of Kia Motors Corp. Said Lee, “We are committed to producing world-class quality vehicles here in Mexico that feature industry-leading styling and high-tech convenience and safety features that customers have come to expect from Kia, while making significant contributions to both the economic growth of the State of Nuevo León and the future development of the Mexican automotive industry.

Annual capacity for the new plant has been set at 300,000 vehicles, pushing the automaker’s global build capacity to 3.37 million units, almost evenly divided between plants in Korea and abroad. The automaker hasn’t announced which models will be built in Mexico, but industry experts have named the Rio subcompact and Forte compact as two strong possibilities. Both models are produced in Korea; Mexico would give Kia the low-cost labor to profitability build cars south of the border.

Kia acquired 53,800,000 square feet (1,235 acres) to build its new plant, leaving ample room for suppliers to set up shop nearby. Although the company hasn’t announced how many people will work at the plant, a labor force of 2,000 to 3,000 individuals is typical for a plant this size. Several thousand more supplier jobs will also be created with the local economy receiving an enormous boost as well.

US Sales: On the Rise

Despite capacity constraints, Kia’s US sales are up 7.2 percent in a market showing a 5 percent boost through July 2014. The automaker’s growth is outpacing its Korean sibling, Hyundai, which is seeing a modest 1 percent increase year-to-date. Hyundai also has a US factory — located in Montgomery, Alabama — and taps Kia to build its Santa Fe crossover in Georgia. Combined US sales for the Hyundai and Kia brands are up by 3.7 percent year-to-date according to Good Car Bad Car.

Building in Mexico not only gives Kia access to low, albeit rapidly rising labor costs, but it also gives the company access to approximately 40 markets with which Mexico has trade agreements. Mexico, along with Canada and the United States, compose the North American Free Trade Association (NAFTA). NAFTA is a trade bloc, what eliminated trade barriers between the three nations and has spurred investment. NAFTA has been criticized by some as American companies move to Mexico to save on labor costs while costing US workers their jobs.

Mexico also will represent a new sales market for Kia, one of the few places in the world that the company has yet to penetrate. The automaker says that the Mexican plant will allow it to strengthen Kia’s “sales presence throughout the entire Central and South America region while freeing up supply from Kias domestic plants to address supply shortage issues in other regions of the world.”

Kia’s growth has come largely through its relationship with Hyundai. The two companies comprise the Hyundai Kia Automobile Group with Hyundai supplying many of the platforms, engines and components used by Kia. Kia utilizes its own body shells and interiors to produce models that are differentiated from Hyundai.

Kia’s best selling model is its Optima sedan followed by the Soul multi-purpose vehicle and Sorento SUV. The Soul and Sportage SUV have accounted for nearly all of Kia’s growth so far this year.

Hybrid Revelation: Ford Has Plans for a Prius Fighter