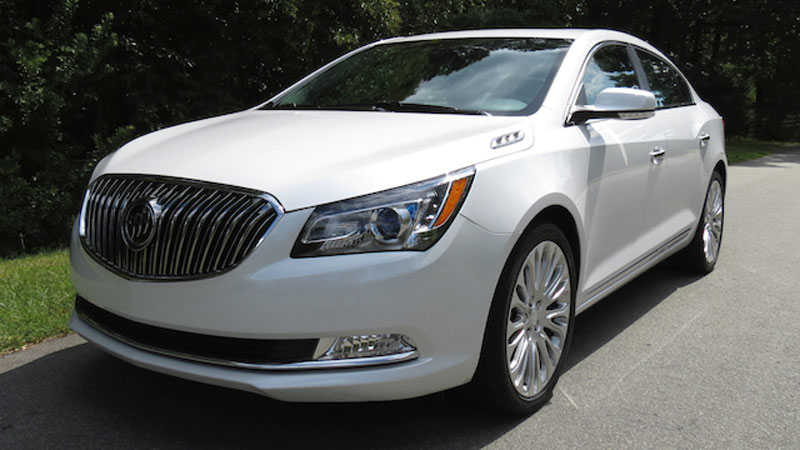 I get the midsize label for this model. After all, the comparable Audi A6 measures 114.7 inches between the wheels, exactly three inches longer than the Buick. But with shorter overhangs the Audi comes in three inches shorter than the LaCrosse.

For Audi, it is the A8 that carries the full-size mantle for this German luxury brand; Buick does not offer an equivalent model. So, midsize it is for the Buick Lacrosse, in spite of its roomy interior. 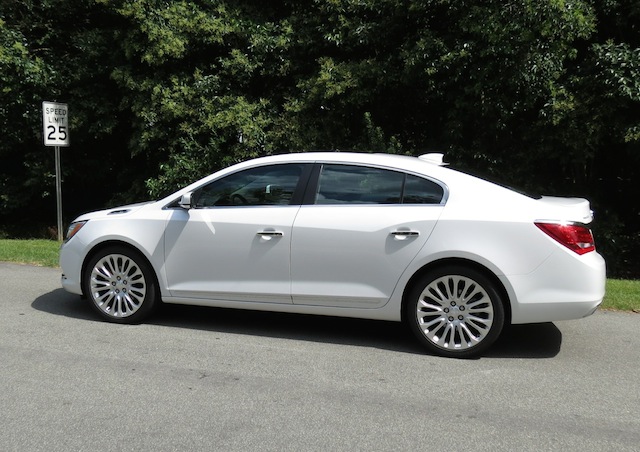 For the second consecutive year I was given the opportunity to drive Buick’s flagship, a LaCrosse Premium I model outfitted with nearly every option available except for all-wheel drive. 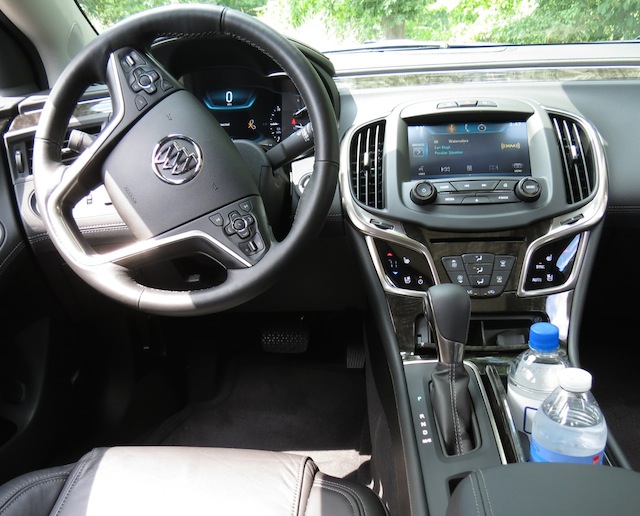 New for 2015 are several features, the most significant being OnStar with 4G LTE and a standard built-in Wi-Fi hotspot. Yes, this sedan is now a rolling Internet connection, one that makes it possible for multiple devices to connect to and surf the Internet concurrently.

Buick notes that 4G comes in 10 times faster than 3G and is also 100 times faster than the previous generation OnStar system. As long as the vehicle is on, the connection is active. A trial subscription is included with your purchase with additional data purchases available thereafter.

On the safety front, Buick packages forward collision alert, rear cross traffic alert, a distance sensor indicator and head-up display along with fog lights and adaptive forward headlamps with its Driver Confidence Package #1. To get adaptive cruise control, you need to add in the Driver Confidence Package #2, what brings in front automatic braking.

It is doubtful that many customers would stop at package #1 without adding package #2, what provides a measure of automated driving — yes, this sedan truly does come to a full stop when adaptive cruise control is activated, something you can do by pressing a switch on the left side of the steering wheel. 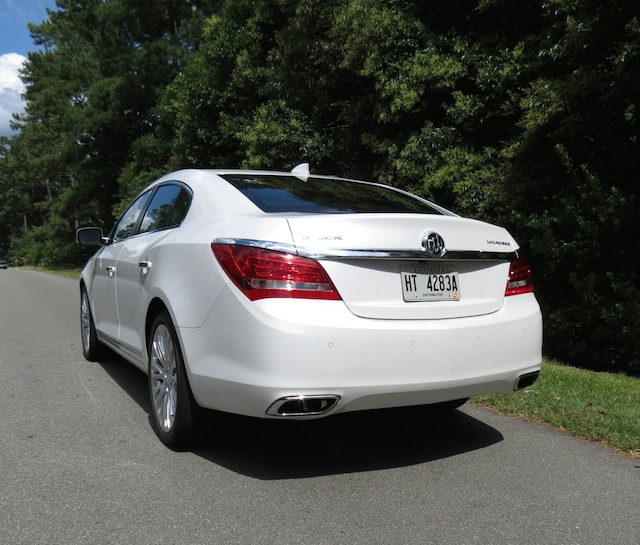 The smaller engine is also part of a “mild” hybrid system known as eAssist. With eAssist, a compact electric drive system is integrated with the powertrain “to provide an electric boost” for the sedan. A 15-kilowatt motor replaces the alternator and a 115-volt lithium-ion battery pack is integrated into the trunk.

This system enables the LaCrosse to get 25 mpg in the city and 36 mpg on the highway, but it comes at some cost: you get just 182 horsepower to move this sedan and the LaCrosse’s already small cargo space (13.3 cubic feet) is reduced to just 10.8 cubic feet.

It was for performance that I was glad a V-6 engine was provided. This 304-horsepower engine is used across a variety of GM applications, including the Cadillac CTS, Chevrolet Camaro and in the GMC Acadia.

I am of the mind that a car this size needs a robust V-6 or a four cylinder engine with turbocharging included. That’s not to say that some won’t find the base model appealing, but its detractions seem to cancel the benefits. 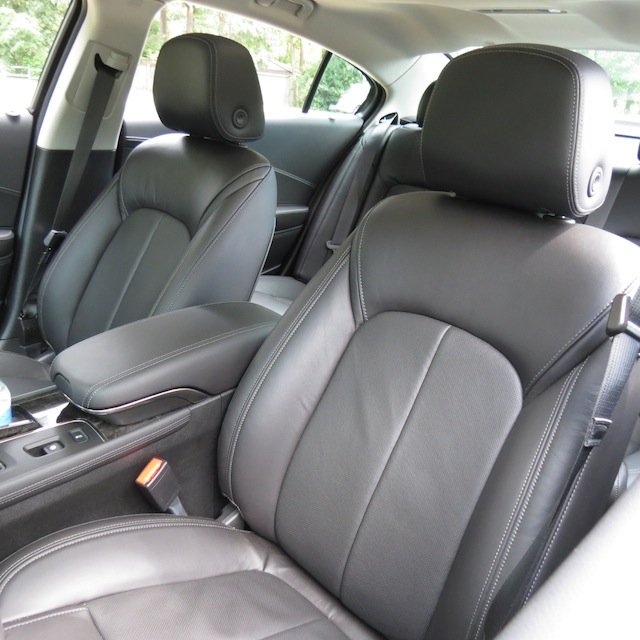 The driver’s seat is comfortable, supportive and all controls are sensibly placed. I appreciate how the window switches are angled toward the driver and pitch up and forward for easy access.

The tilt and telescoping steering wheel, a brightly lit instrument panel and an understandable center stack with an easy to configure Intellilink infotainment system keeps the drama quotient to a minimum. A nicely sculpted cabin, refined materials and special touches such as a slide and lift front center storage compartment shows much attention to detail.

On the road, the V-6 delivered copious amounts of power with the transmission shifting seamlessly through each gear. There is some torque under steer present, what causes the sedan to move slightly to the left or to the right during hard acceleration before settling in.

Credit Buick with a quiet interior, for employing methods to keep sounds from entering the cabin, including stopping noises at the source and absorbing other sounds as detected. Buick does this by installing acoustical laminate on the windshield and front side glass, placing baffles in the roof pillars and installing sound deadening and sound absorbing materials throughout.

The LaCrosse gets high marks in the all-important noise, vibration and harshness (NVH) classification, something best confirmed when taking to the open road.