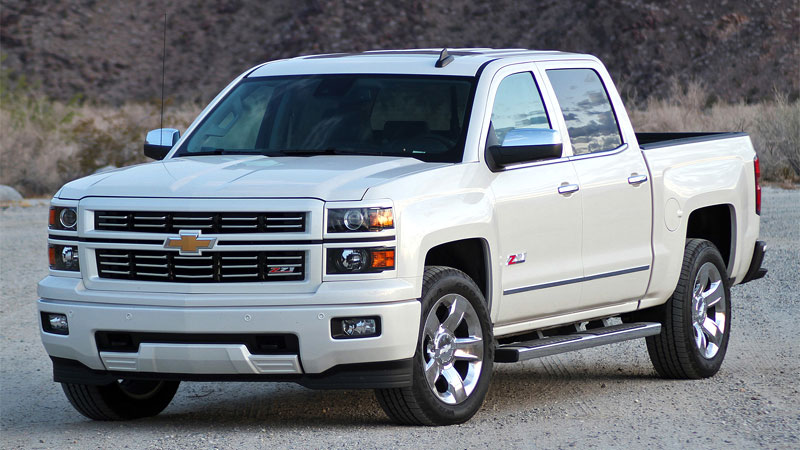 Within the past year I’ve had the opportunity to drive six pickup trucks produced by General Motors: three Chevrolet models and three GMC models.

The differences between these trucks was small, except where size comes in, such as with the full-size Silverado versus the midsize Colorado. 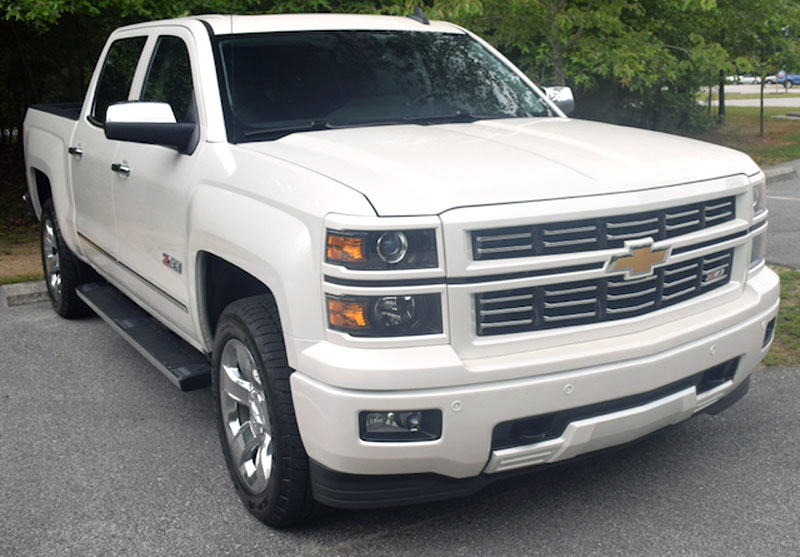 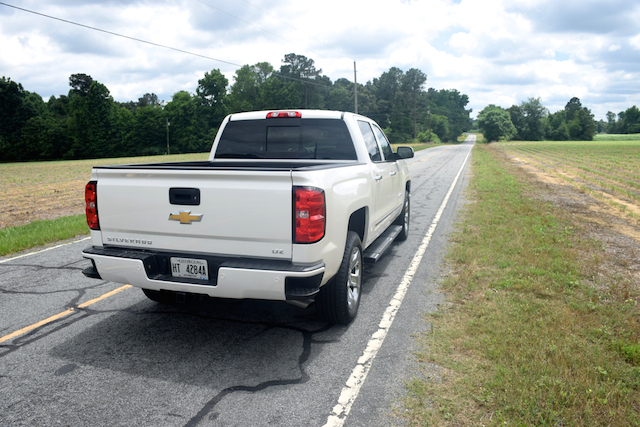 You also get the Z71 appearance package with a special gauge cluster, bumper treatments and exclusive finish trim. And you will pay for this too, as the crew cab 4×4 is priced from $45,810. 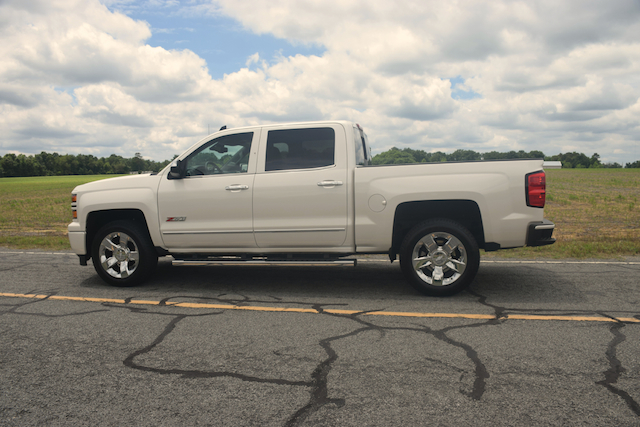 Big pickup truck pricing may scare some customers, but there is one thing you should know: discounting is rampant and at the time of publication discounts and incentives totaling $8,000 on crew cab models was available.

Personally, I have heard of discounts of $10,000 or more on some pickup truck models, at least for those with a sticker price north of $50,000. Drive a hard bargain and you should be satisfied with your deal.

Said pickup truck specimen came with the 6.2-liter, V-8 engine and all the power you can possibly want. And that’s a good thing for the trailering type consumer — you have nearly six tons (11,900 pounds) of towing capacity.

Furthermore, payload comes in at upwards of 2,210 pounds for the smaller V-8 (2,050 for the 6.2-liter engine), more than enough to haul five big guys and all the stuff you can fit in the bed. 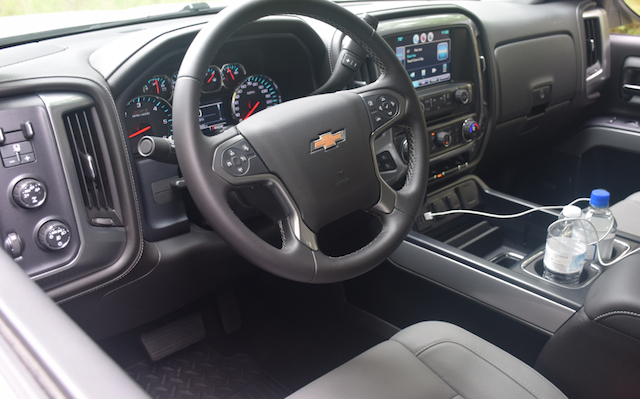 Trucks like the Z71 are often called a “Country Cadillac” although they don’t quite match the interiors found in the truck-based Cadillac Escalade SUV. Nevertheless, the cabin is roomy, quiet and comfortable — offering a stark contrast to its “down and dirty” capabilities.

Oddly, Chevrolet painted the front and rear bumpers to give the pickup a bit of an upscale look. But then that’s just one more area of the truck you will have to keep clean after you finish mudding.

You can order a Z71 with the 40/20/40 split bench seat and make room for three up front, but you probably won’t want to as the bucket seats are much more comfortable and sensible.

In the test model the seats came sheathed in leather, with stitched soft touch material covering the dashboard, placed around the center console and across the door inlays. 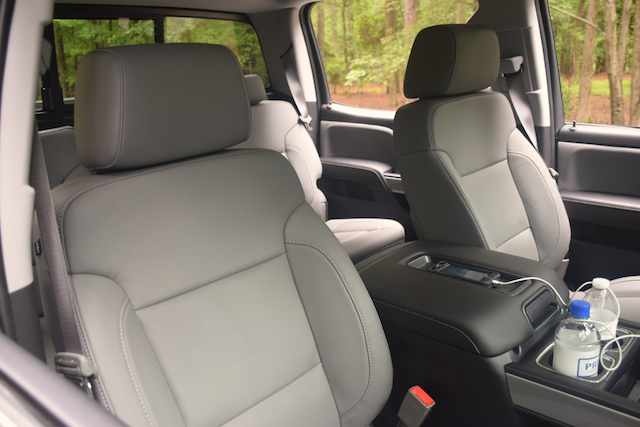 The weekly driver seated five and did so without compromise. It also was outfitted with numerous accessories, including keyless entry; a tilt and telescopic steering column; power accessories; a six-speaker audio system, and Chevrolet MyLink with an 8-inch screen; navigation, SiriusXM satellite radio, USB ports, an auxiliary jack and an SD card slot.

Bluetooth connectivity and an OnStar directions and connections plan were also present. 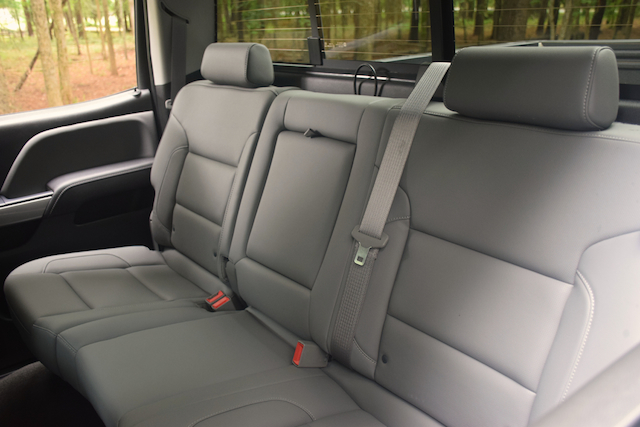 Consequently, you end up with a vehicle that combines a top-end interior with formidable off-road prowess, a pairing that bringing in the best of both worlds. 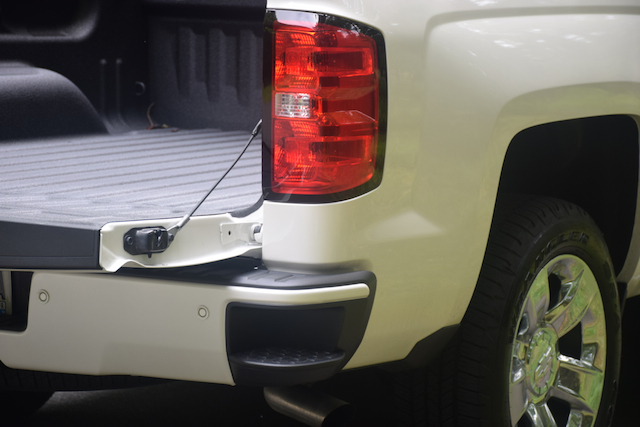 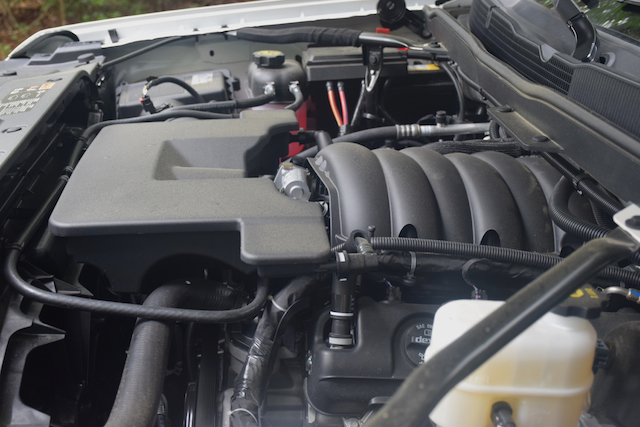 Indeed, Chevrolet and GMC sales are up this year with the combined Chevrolet Silverado/GMC Sierra line outselling the Ford F-150 again. Ford has been gradually and carefully building up production of its large truck, but sales through May 2015 were down by 1.1 percent year-over-year.

On the other hand, Silverado and Sierra sales are up 13.8 and 5.7 percent, respectively.

Then there is also the matter of the General’s midsize truck line, something that Ford doesn’t offer. Another 47,500 Colorados and Canyons have been sold through the first five months of the year, enabling GM to seize the king of the pickup truck mantle.

Indeed, that represents at least 50,000 more Chevrolet and GMC pickup trucks than Ford in a segment that is up 10 percent year-to-date.