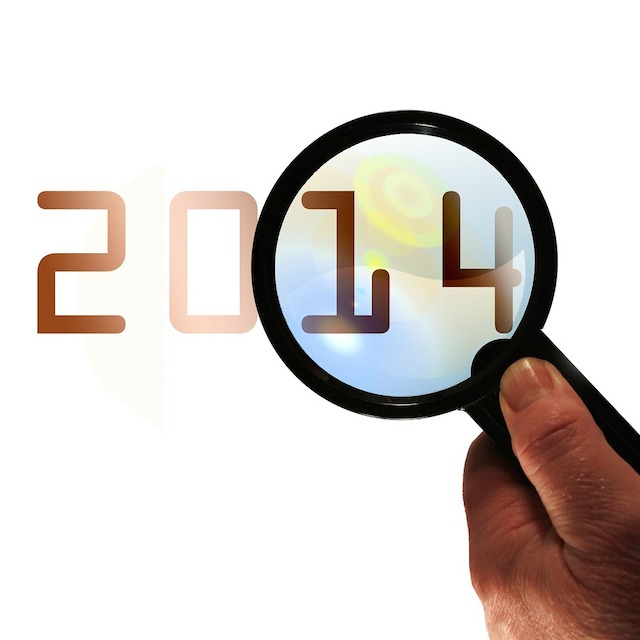 Merely five years ago, the US auto industry recorded one of its worst years in a generation. GM and Chrysler went bankrupt and restructured, and other automakers had to cope with sales that plummeted by 10 to 30 percent or more over the previous year. A “cash for clunkers” program provided some boost, but sales would only begin to revive the following year.

Once again, the Ford F-150 is the best-selling pickup truck and model in America, while the Toyota Camry is the chart-topping car model for the 13th consecutive year. GM, Ford and Toyota continue to pace the industry with Chrysler, Nissan, Subaru and yes, Mitsubishi, all showing robust growth. Undoubtably, the market paradigm has shifted and industry analysts are waxing rhapsodic.

General Motors continues to lead in the US. GMC and Buick brought in the largest percentage gains for GM, with Chevrolet sales finishing up by 3.8 percent. Cadillac transactions fell by 6.1 percent in a segment that continues to enjoy double-digit increases. New models and market discipline will most likely help GM’s luxury brand preserve profits and actualize increased sales for 2015. GM finished up by 4.8 percent for the year.

Ford sales slipped by 0.5 percent for the year as the automaker retooled assorted plants to prepare for its most momentous new model of the millennium: the 2015 F-150 pickup truck. To be sure, Ford has effectively sacrificed sales and market share to safeguard quality and positioning with its top-selling model, delivering the first trucks as the calendar year came to an end.

“Fusion and Escape posted record years, and our newest products – including Mustang and Transit and Lincolns – are attracting strong customer demand,” said John Felice, Ford vice president, U.S. Marketing, Sales and Service. “Demand for the all-new F-150 also is very high, and it now is the fastest-turning vehicle in Ford showrooms, averaging just five days on dealer lots in December.”

Perpetually conservative Toyota is now showing signs of risk-taking, fashioning new models that are pushing the styling envelope. Later in the year, the world’s largest automotive manufacturer unloosed an aggressive mid product cycle refresh of its Camry sedan, matching the verve of its chief competitors. Consequently, Toyota Motor Corporation sales climbed by 3 percent for the year, narrowing the divide between it and the No. 2 Ford Motor Company.

Fiat Chrysler in the Limelight

Two brands drove Fiat Chrysler (FCA) sales all year: Jeep and Ram. The pair not only delivered dependable double-digit gains month over month, but have helped FCA securely maintain FCA’s lock on the No. 4 spot in US sales. Nevertheless, FCA is overexposed on the truck and utility vehicle front and must continue to find ways to comply with increasingly rigid CAFE standards. FCA sales rose by more than 16 percent in 2014. Through December, the company has registered 57 consecutive months of month-over-month sales gains.

The Honda brand sold 1,373,029 new vehicles in 2014, an all-time sales record. With Acura included, American Honda recorded 1,540,872 units sold. A strong Dec. for both the Honda and Acura brands enabled this automaker to finish up 1 percent for the year.

“Despite the price of gasoline dropping well below $3 a gallon in many markets, Honda’s strong, balanced lineup of cars and trucks helped us achieve record sales in 2014,” said Jeff Conrad, Honda division senior vice president and general manager. “The great news is that we will build on this momentum with some great new products coming in 2015.”

Two of the smaller Japanese manufacturers, Subaru and Mitsubishi easily eclipsed the market and gained market share in 2014.

For instance, Subaru sold more than 500,000 models for the first time, continuing its meteoritic ascendancy. By the same token, Mitsubishi laid to rest (for now) rumors that it would exit the US market.

Subaru sales rose by 21 percent on the strength of demand for its Forester and Outback models, while Mitsubishi sales surged by 24.8 percent, largely due to demand for its subcompact Mirage and Outlander Sport utility vehicle models.

“December marked the tenth consecutive month of year-over-year sales increases and helped us close out the year with an increase of nearly 25% over the previous year,” said Don Swearingen, Executive Vice President MMNA. “Our core models lead the way with Outlander Sport having its best-ever sales year since its introduction, Mirage selling well beyond expectations and Outlander coming in strong up over 6% for the year.”

The three German luxury automakers have been enjoying strong sales and 2014 was no exception for Audi, BMW and Mercedes-Benz. Audi reported sales topping 182,000 units, representing an increase of 15.2 percent over 2013. Its best-selling model is its Q5 crossover. Three car lines — A4, A6 and A3 were also significant contributors. Notably, Audi now has 48 consecutive months of month-over-month sales gains under its belt.

BMW finished as the luxury brand leader again in 2014 on 339,738 vehicles sold. The second and third place was held by Mercedes-Benz and Lexus (311,389) respectively.

It has been touch and go for Hyundai all year, but the Korean manufacturer managed to sell 725,718 units for the year or just under 5,000 more vehicles than it did last year. Two crossover models, the Santa Fe and Tucson, provided the momentum for Hyundai to push ahead.

“We ended the year on a high note,” said Bob Pradzinski, vice president of national sales. “And it was evident that the CUV segment was red hot with our exceptional sales for the year for both Santa Fe and Tucson.”

Kia may be the second name in the Hyundai Kia Automotive Group, but it continues to enjoy vigorous sales. Indeed, for 2014 Kia sales rose by 8.4 percent, based largely on renewed interest in its Soul and Sport utility vehicles. December sales surged by nearly 36 percent with most models seeing increases.

Volkswagen sales finished down by 10 percent for the year, but a late surge in sales over the final months reduced those losses. Nonetheless, the Volkswagen brand continues to lose market share, selling just 366,970 new vehicles in 2014. Golf sales were the only model to see improvement for the year.

In Other Sales News

Jaguar Land Rover sales finished up 0.4 percent for the year, thanks in large part to a strong Dec. for the Jaguar brand. However, for the year Jaguar finished down by 7 percent, while Land Rover was up by 2.9 percent.

Tesla Motors hit a plateau in 2014, but has new models coming that should help this electric vehicle automaker enjoy more robust growth going forward. For the year, Tesla sold 18,750 units, down 3.1 percent over 2013.

With another banner year behind it, manufacturers know that keeping the sales momentum up will take much work. Most analysts have expected a more modest boost for 2015, with sales expected to come in just shy of 17 million vehicles by year-end. That would make for a rare six-year streak of year-over-year sales increases.

Sales data supplied by the car manufacturers and Motor Intelligence.

Are you looking for a new car? Check out our car reviews section for more information. We reviewed 60 new vehicles during the 2014 calendar year, offering comprehensive information about each model driven.