For several days this week, Fiat Chrysler (FCA) dealers have been in Las Vegas, previewing upcoming Chrysler, Dodge and Jeep models. Like two such meetings held previously, the dealer representatives cannot bring smartphones and cameras to the Mandalay Hotel ballroom where the products are being showcased.

Automotive News and other sources were speculating on just what products will be revealed. We already know that the next generation Chrysler Town & Country is one of those vehicles, including a plug-in hybrid variant intended to shake up the segment. A three-row Jeep Grand Wagoneer, a compact Chrysler 100, and the next generation Dodge Journey are also likely taking the big stage.

None, however, will likely draw as much interest as a pair of midsize trucks destined for Jeep and Ram dealers. Jeep at least is a sure bet for the new model, one that would be based on the platform underpinning the next generation Jeep Wrangler.

Although our sources are mum (at least as of this writing) that a Jeep pickup truck will happen, Auto Trends has connected the dots and sees the long-rumored truck finally becoming a reality. This is how we believe FCA makes a case for the pickup truck.

1. The midsize pickup truck segment is back. 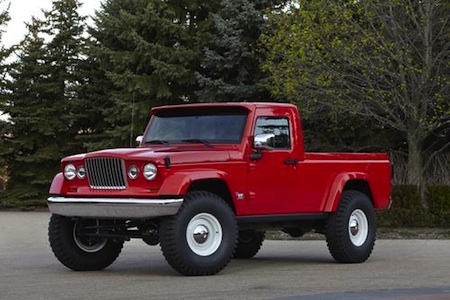 The US manufacturers each exited the midsize pickup truck segment around the same time three years back. Ram had the Dakota, Ford the Ranger and GM offered the Chevrolet Colorado and the GMC Canyon. Unlike Ford and Ram, GM promised to make a return.

GM kept its promise and the 2015 Chevrolet Colorado and GMC Canyon have returned with a big splash. The new pickup trucks have had such a positive impact on the market that even Toyota credited GM’s trucks with breathing new life into what most had thought was a dying segment. Indeed, Toyota told journalists previewing the next generation Tacoma earlier this month that the new GM trucks have benefited the segment as online searches for midsize trucks are up sharply. Further, sales of the 10-year-old Tacoma has also risen by nearly 20 percent year-to-date.

FCA has been watching the segment intently and sees room for additional growth. And with Ford now considering bringing the Ranger back, FCA will need to make its move now (Updated on Aug. 26, 2015 to reflect breaking news about the Ford Ranger).

2. It justifies the cost for an all-new Wrangler. 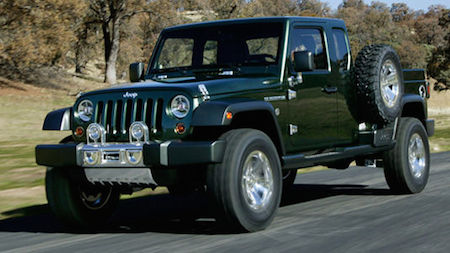 When FCA stated that it might transfer Wrangler production abroad and build a unibody model, the faithful protested mightily. Likely, FCA had no intention of shifting production or emasculating Jeep’s standard bearer. Instead, they wanted to gauge public reaction. But they also knew that they needed to justify the cost of devoting a dedicated platform to the Wrangler.

Yes, Jeep sales are up across the board, way up in new markets at that. There is a lot of room for growth, but that alone isn’t enough to justify the cost of spending northwards of $1 billion on a new Wrangler.

Fortunately, another product can be based on the Wrangler platform and that would be a pickup truck. Jeep faithful who follow the regular Moab Easter Jeep Safari product teasers have seen multiple variations on the Jeep pickup theme showcased. Whether that model will be based on the Comanche, Gladiator, J-12 or some other concept doesn’t matter. Jeep will get a pickup truck and it will sell like hotcakes. 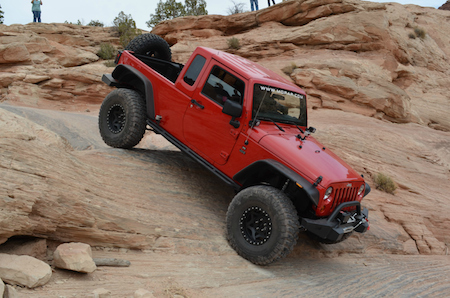 When you have two truck brands, you don’t dare neglect one at the expense of the other. Just as Chevrolet trucks and GMC are represented in the segment, Ram most likely will get a pickup truck of its own.

That theme was played out recently when both Fiat (500X) and Jeep (Renegade) were awarded with subcompact crossover SUVs. Both models share the same underpinnings, but have different bodies and unique interiors. The Renegade is suited for off road, the 500X for around town.

An all-new Ram Dakota will likely be differentiated to give each model certain distinctions to allow them to aim for different audiences. The Jeep pickup might be better suited to tackle the Toyota Tacoma with its own trail-rated capabilities while a Ram pickup might battle the GM models in all things payload and trailering. Look for an assortment of four- and six-cylinder engines (2.4- and 3.2-liter gas; and a 3.0-liter turbo-diesel) paired with nine-speed transmissions.

I have friends in FCA dealer places and may learn early on what the automaker has going on. Unfortunately, I’ll be muzzled from sharing this information with you, but a pair of upcoming major auto shows in November (Los Angeles) and January (Detroit) are logical places for Jeep and Ram pickup trucks to debut. Stay tuned!

5 thoughts on “Making a Case For a Jeep Pickup Truck”