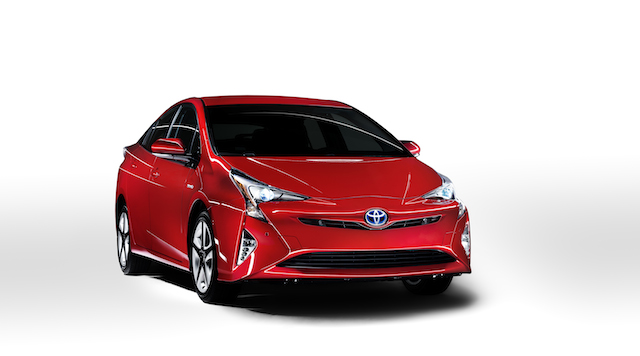 The all-new Toyota Prius has taken a bow, the fourth generation of Toyota’s most popular hybrid. Last night, Toyota revealed the 2016 Prius to a national press audience in Las Vegas, a model that takes polarizing looks to a new level.

This writer turned down an invitation from Toyota to join his reporter colleagues, having just completed a Scion event last week. However, Auto Trends fully expects to receive one in our press fleet rotation and will happily provide a review once that test drive has been accomplished. 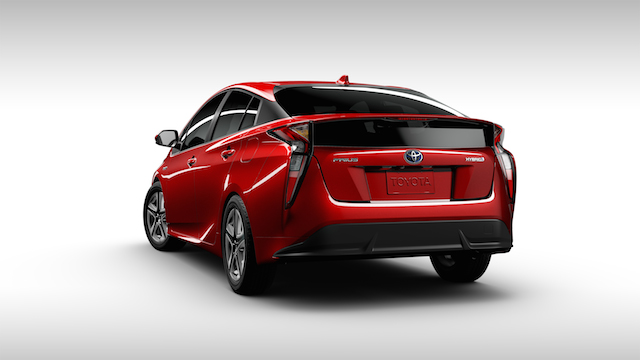 One look at the 2016 Toyota Prius and you will see that it has adopted the Toyota Mirai’s design language. The Mirai is a fuel-cell vehicle, a hydrogen-powered model that Toyota hopes will do to the industry what the Prius has already done. Namely, to disrupt it.

The new Prius’ lines are angular, marked by a distinct fascia dominated by anvil-shaped lighting assemblies giving way to deep scallops on either side of the front skirting, with a large lower grille opening present. From the front bumper, across the hood, pushing past the windshield, past the roof, and down to the rear deck, this model appears always to be in motion. 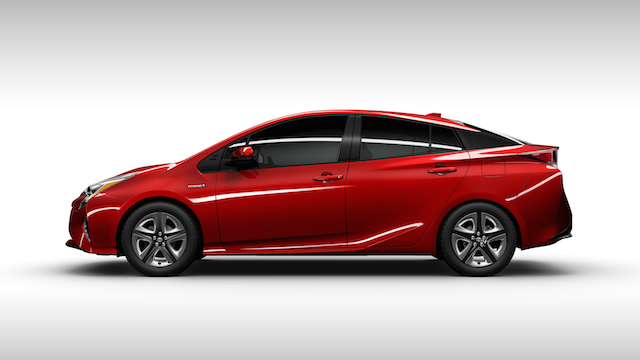 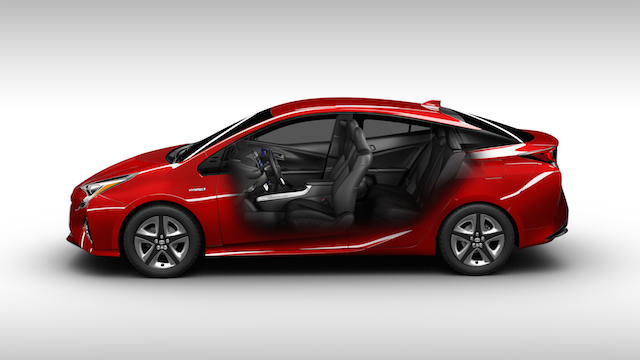 From pillar to pillar the familiar Prius shape is evident, but it is disrupted by marked changes to the front section and the rear deck. A rising belt line, exaggerated character lines, rocker panel indentations, and a sloping roof line are present. At the rear are perhaps the most striking changes with a built-in spoiler located about one-third the way up the rear window and flowing to the sides and ending at the center pillar. Just as the front lighting assembly utilizes a striking design, the rear lights have a similar assembly, but are flipped outward.

The new Prius is marked by embellishing lines, profound grooves, and a truly space-age visage. Just as the original Prius’ design took much getting used to, likewise the newest model will too.

Toyota limited the number of interior shots taken, but judging by the cutaway and some of the press material supplied, we’ll find a wraparound dash, form hugging front seats, and controls carefully placed for the driver. You’ll also find room for five in a vehicle that is compact on the outside, but is categorized as a midsize inside. 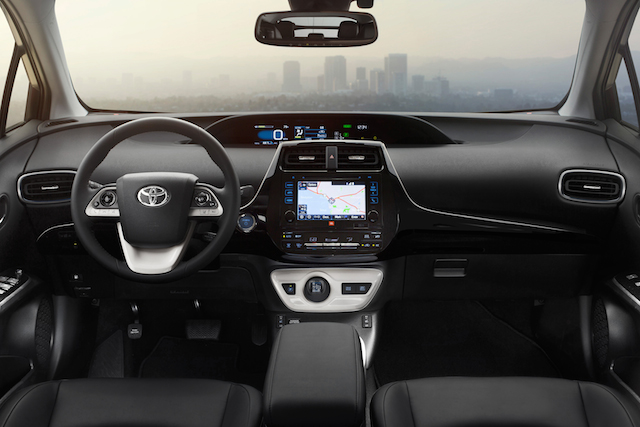 The fourth generation Prius doesn’t just offer a clean sheet design, it is built on an all-new platform dubbed Toyota New Global Architecture (TNGA). The new model measures 2.4 inches longer, 0.6 inches wider, and 0.8 inches lower than the outgoing model, and has a double wishbone suspension, a nod to everyone who has long complained about the Prius’ uninvolved driving.

Moreover, the Prius’ aerodynamics are more slippery than ever. Other modifications to the design have yielded a more efficient model, one that Toyota expects will achieve a 10 percent gain in fuel economy, delivering 55 mpg.

The new model comes to the market as demand for electric vehicles, including hybrids, is down across the industry. With gasoline prices falling below $2 per gallon in some areas of the country, customers have been gravitating toward other vehicles, as fuel mileage becomes less of a concern. 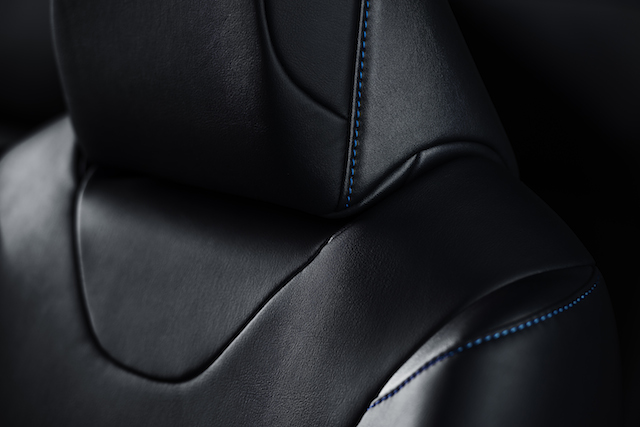 Through the first eight months of this year, Prius’ US sales are down 16.8 percent on 125,830 units sold. Yet, the Toyota Prius remains the most popular hybrid in the world. Furthermore, Toyota sells more hybrids than all other manufacturers combined.

Likely, Toyota will maintain its strong Prius fan base and it could pick up additional buyers as it discounts the outgoing model going forward. Indeed, the most recent Prius deal (ended yesterday) offered 0 percent financing for 72 months. However, Toyota offers are regionally based — in some locations qualified customers could receive $2,000 cash back. Again, that offer expired on Tuesday.

Look for more deals in the coming weeks as Toyota seeks to clear dealer lots as the new model makes its arrival.