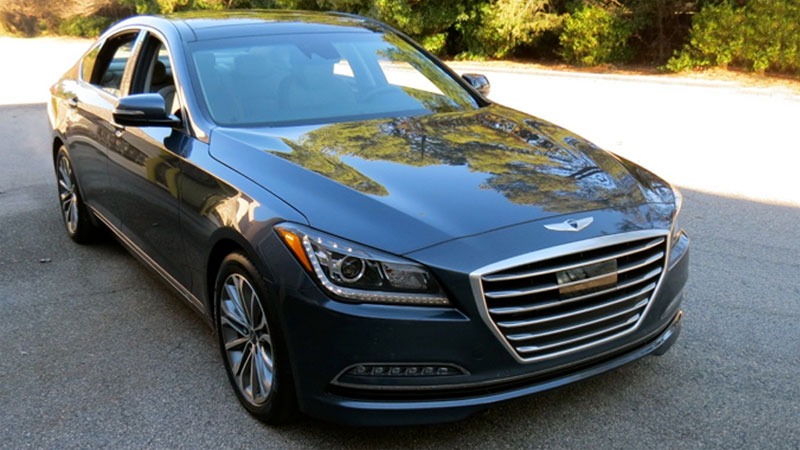 Late in 2015, Hyundai announced the creation of a new luxury brand called Genesis. The flagship Equus is transitioning to the Genesis G90 and the current Hyundai Genesis will become the Genesis G80.

When the G80 appears it will represent a mid-product cycle update of the Hyundai Genesis and assume the G80 naming convention for the 2017 model year. The second-generation Genesis was introduced for the 2015 model year.

Genesis is being separated from Hyundai to allow it to assume its own identity and to be better positioned to take on the likes of Audi, BMW, Cadillac, Infiniti, Lexus, Mercedes-Benz and other luxury marques.

By 2020, six Genesis brand models will be offered. As for the showrooms, you’ll still find Genesis models sold under the same roof as Hyundai. At least for now. 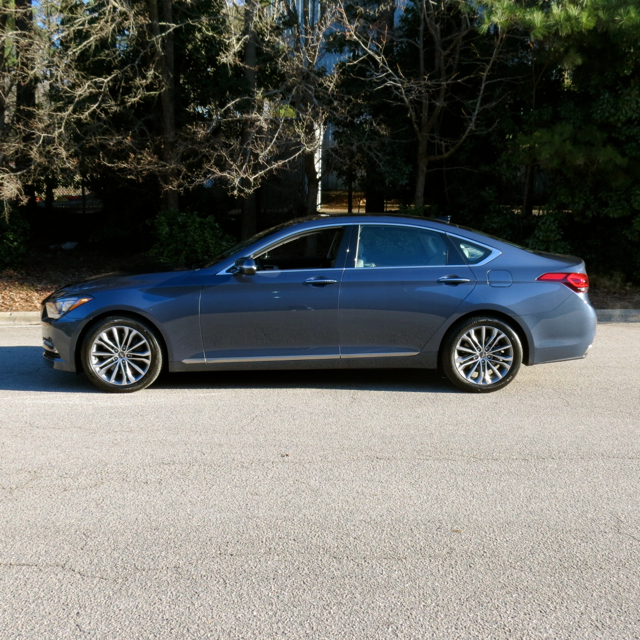 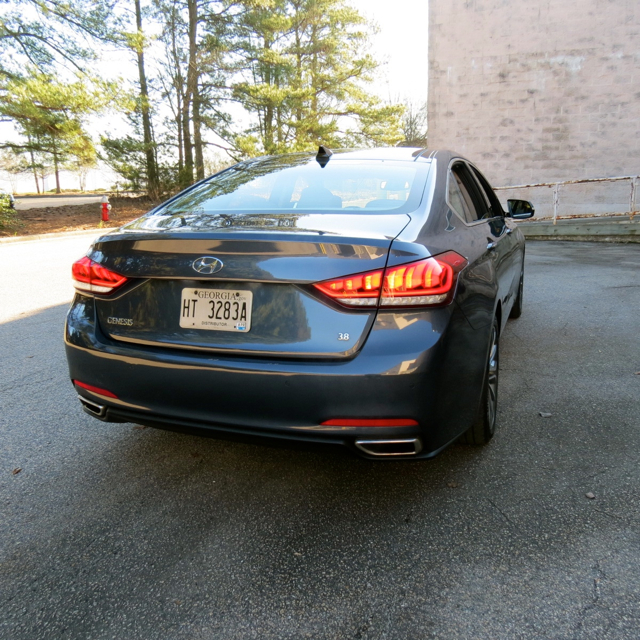 I’ve been an admirer of the Hyundai Genesis since the sedan arrived stateside, but much more so with the second-generation model. From stem to stern, the current Genesis offers a style matching the European brands.

The front fascia features a bold, horizontal six-slat grille with strong creases pushing out from both sides of the upper portion of the grille and running across the hood to the windshield line. On either side of the grille are large, wrap around lighting assemblies containing boomerang LED daytime running lights.

At the base of the fascia are LED fog lamps featuring single rows of six lights each. The front fascia establishes the pattern for this model, proclaiming to all that this is no inconsequential conveyance.

The sedan’s stately profile is marked with upper character lines running from the headlights to the tail lamps, midriff lines connecting the wheels, and body sculpting located just above the chrome-bedecked rocker panels.

A sloping roofline, an ever so slightly rising belt line and distinct alloy wheels are also present. From the rear, this model features oversized combination lamps with LED lights, a raised deck, reflector accents and dual embedded exhaust ports.

Inside, the cabin is bright, cavernous and elegantly appointed. You’ll find wood and aluminum trim with nary a cheap plastic covering in sight. The test model spoiled me with genuine matte finish wood, an essential ingredient for the included Ultimate package. 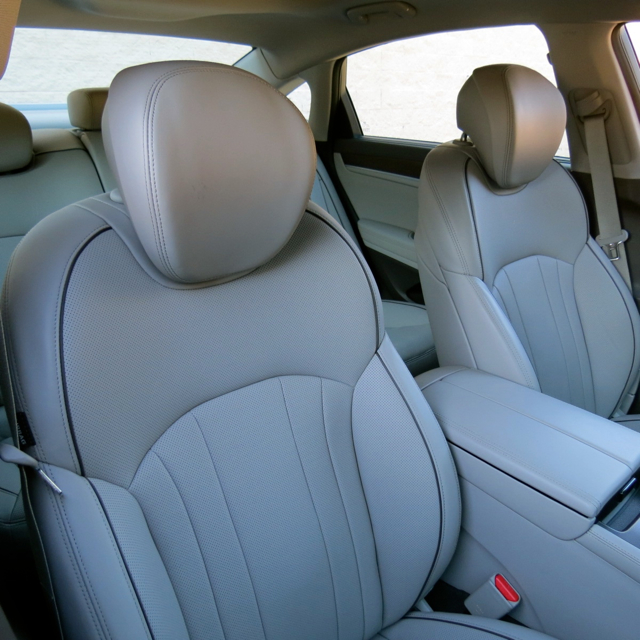 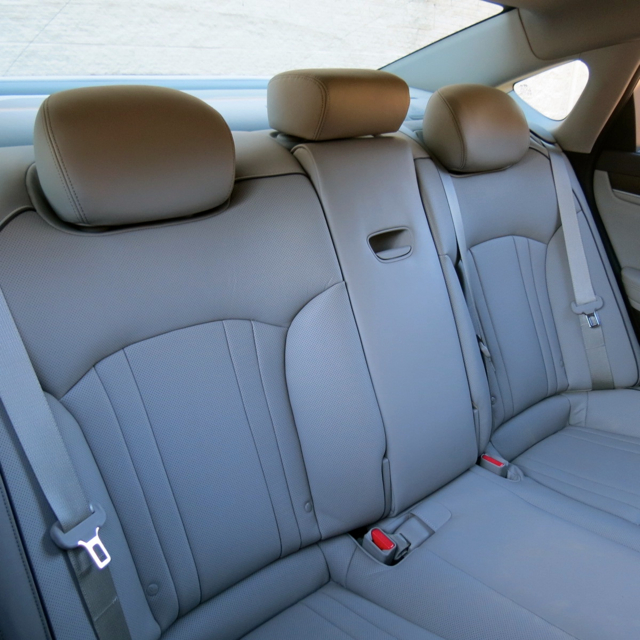 And just as the man on television opines, “But that’s not all!,” the tech package added still more amenities. Included were: premium leather seat surfaces, a power driver seat cushion extender, a haptic steering wheel, and an electronic parking brake. 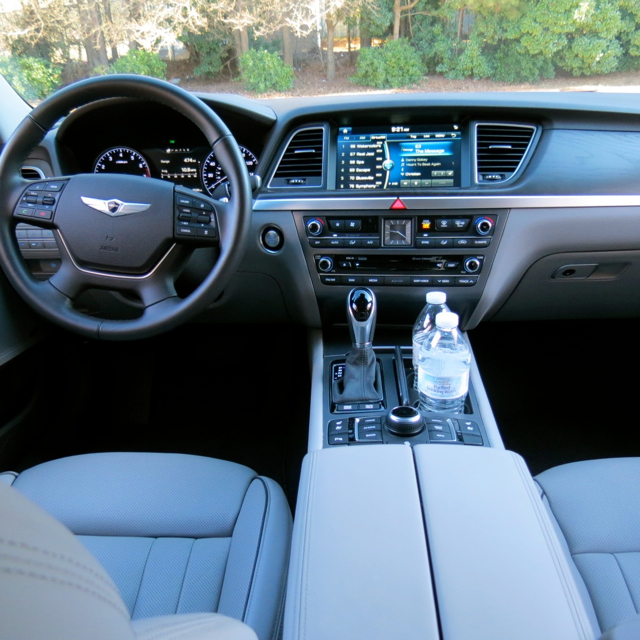 Suffice to say, a Hyundai Genesis without its many adornments might align closer to a Chrysler 300 or a Toyota Avalon, but the full-optioned amenities are what make this premium model extraordinary.

Even the look and feel of the switches and knobs conveys its higher-end aura, underscoring the painstaking attention its designers performed on every aspect of the Genesis.

Taking It to the Europeans 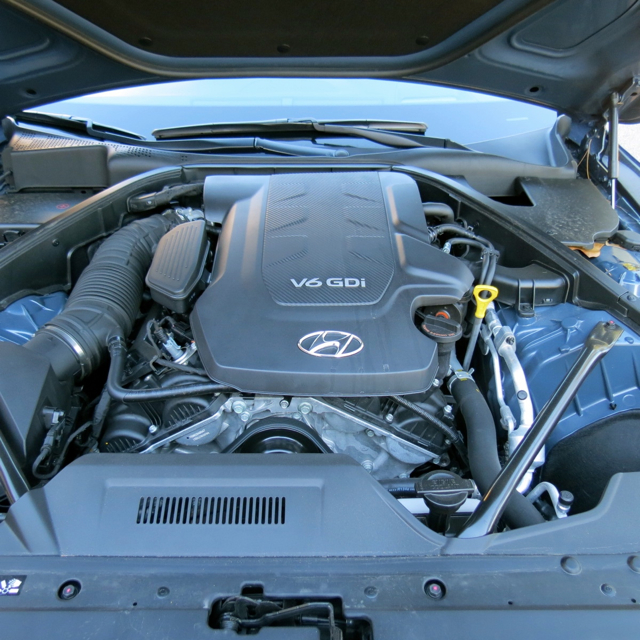 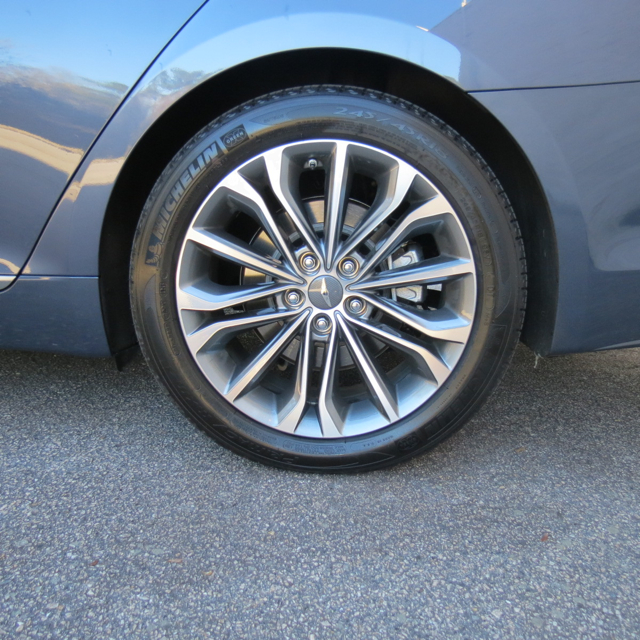