Home » No New Buick Verano for US Market

Buick’s entry-level model is on its way out.

An all-new Buick Verano is currently being marketed in China, but plans for the second-generation compact premium sedan do not include offering it in the North American market.

Automotive News reports that the entry-level sedan will not be renewed after the 2017 model year, leaving Buick’s US operation with just two sedans, a convertible, and a bevy of SUVs in the brand’s portfolio.

The front-wheel drive Buick Verano is underpinned by the same platform powering the Chevrolet Cruze, itself updated this year. The Verano’s main competitors are the Acura ILX and Lexus IS 250, and nearly 32,000 American consumers bought the small Buick last year. 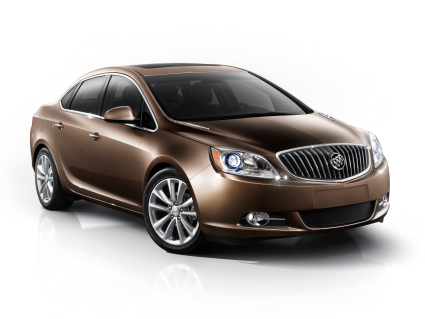 Nevertheless, Buick sees its future following the consumer shift to SUVs, and is bringing the compact Envision SUV from China to augment the subcompact Encore and the midsize, three-row Enclave SUVs. Further, because most Buick and GMC dealers are sold under one roof, customers also have easy access to two lines of pickup trucks as well as four lines of GMC SUVs.

With customers no longer having access to the Verano, Buick dealers will have their work cut out for them when leases renew and owners trade in. Entry-level Buick shoppers may be redirected to the tiny Encore or the midsize Envision, the latter expected to generate 50,000 sales per year. Come 2018, the smallest sedan will be the Regal. The Buick Cascada is similarly sized, but it is a niche 2+2 convertible.

GM’s decision to walk away from the Verano follows April’s sales figures release. Last month, Verano sales fell by 18.8 percent and are down by 11.7 percent through the first four months of this year. Sales of its large LaCrosse sedan are down by 21.7 percent, but Regal volume is up by 13.5 percent.

Buick’s strength remains in SUVs as the Encore is by far its best selling model, followed by the Enclave. Looking forward, Buick expects SUVs to generate 70 percent of its volume, enabling the brand to meet customer demand, but not without some risk.

That risk is based largely on fuel prices, what plays a significant role in consumer purchase decisions. When fuel prices are high, new car buyers avoid large SUVs and consider smaller models, including compact cars.

Indeed, among the traditional American manufacturers — GM, Ford and Fiat Chrysler (FCA)— car sales fell by 11 percent in 2015, while demand for pickup trucks and SUVs surged by 15 percent according to the International Business Times.

Both numbers are far lower than the $4.11 per gallon peak reached in July 2008. By January 2009 fuel prices averaged $1.84 per gallon, rising and falling since.

A big advantage for Buick lies in its ability to shift products quickly, if needed. Given that the second-generation Verano is sold in China, readying that model for the US market shouldn’t take long if consumer trends shift. That means we may not have seen the last of Buick’s smallest model as well as perhaps an all-new flagship sedan based on the Avenir concept.

Recent — On the Horizon: A Front-Wheel Drive Chrysler 300?

4 thoughts on “No New Buick Verano for US Market”