How to lose your transportation the auto title loan way.

You own your car outright and have possession of the title. At the same time you’re pinched financially and could use some cash. You’ve heard about car title loans and find yourself lured by promises of quick cash.

What could go wrong here? A little emergency money can tide you over, giving you the opportunity to handle other pressing financial matters.

Seized Vehicles and Other Matters

Unfortunately, car title loans — also known as auto title loans — are not the solution to a financial problem. In fact, the Consumer Financial Protection Bureau (CFPB) found that one-in-five auto title loan borrowers have their vehicle seized. And without wheels, you may find yourself facing worse problems — no way to get around, including to your job. 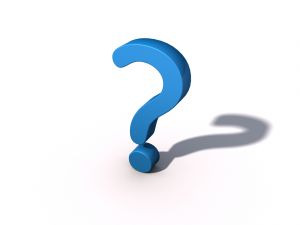 On the surface, a car title loan may not sound like a big deal as it provides you with a small amount of money for a short period of time, usually 30 days. In exchange for cash, you hand over the title of the car to the lender and pay a fee for the loan. Loan rates are extremely high — as much as 300 percent annually or 25 percent for the month. Thus, if you borrow $1,000 you may need to pay back $1,250 in one month.

“Our study delivers clear evidence of the dangers auto title loans pose for consumers,” said CFPB Director Richard Cordray. “Instead of repaying their loan with a single payment when it is due, most borrowers wind up mired in debt for most of the year. The collateral damage can be especially severe for borrowers who have their car or truck seized, costing them ready access to their job or the doctor’s office.”

Reborrowed Loans and a Debt Pit

Besides the high rate of repossessions, there are other problems the CFPB found with such loans:

1. More than four-in-five auto title loans are reborrowed on the very day they are due. That’s because borrowers cannot afford to pay them off with a single payment.

2. Auto title loans become long-term debt. Because borrowers experience difficulty paying off their loans, the CFPB found that more than half of auto title loans become long-term debt burdens. In this case, borrowers take out four or more consecutive loans in an effort to pay off their debt and avoid repossession. Besides the outstanding loan amount, borrowers are hit with additional fees, worsening their debt.

3. The borrowing doesn’t stop. More than two-thirds of car title loans are obtained by consumers who take out at least seven consecutive loans and remain in debt for the better part of the year.

The average amount borrowed for such loan is $700 and the typical interest rate charged is 300 percent annualized. Such loans are allowed in only 25 states — 20 of the states permit lenders to collect a single, full payment at the end of the loan term. Five other states require installment payments.

The CFPB study noted that car title loans and payday loans are similar as both charge exorbitant interest rates and include high incidences of reborrowing. In effect, consumers are ensnared in a long-term debt trap, and are at great risk of losing their cars.

So, how do you avoid the car title loan trap? By not agreeing to one in the first place. If you are that pinched for money, consider other sources — just don’t put your ride in jeopardy. Can you afford to do without a car? Probably not. Losing your car can change your life and in ways you may never imagine.

See Also — Car Repossession and How to Avoid It