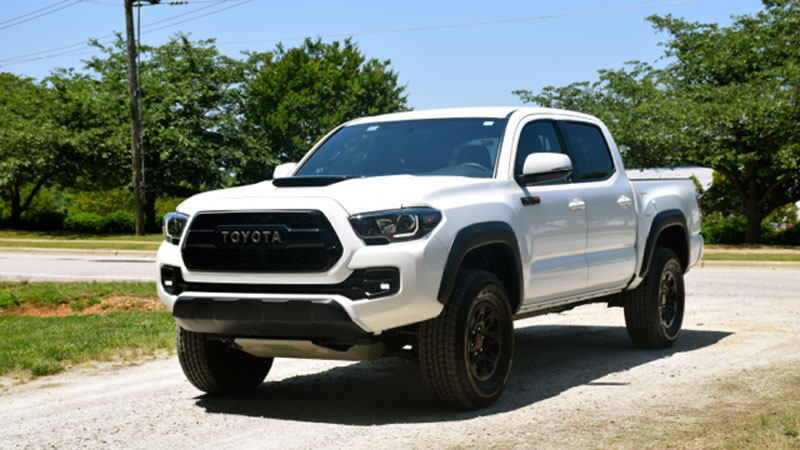 Toyota supplied a TRD Pro, a four-wheel drive (4WD) model with excellent off-road credentials, as a recent test model. This wasn’t my first experience with a TRD — I’ve driven both the Sport and Off-Road grades. Indeed, in August 2015, Toyota hosted a media event near Tacoma, Washington, to showcase the all-new pickup.

While there, journalists had ample opportunity to take the available 4WD models out on the roads and finally to the various off-road tracks and obstacles developed or set aside for our experience. You can find my report here.

As before, the 2017 Tacoma is available in extended (Access) and Double Cab configurations. You have a choice of four-cylinder and V6 engine models and standard rear-wheel drive (2WD) and available four-wheel drive (4WD).

For 2017, the TRD Pro is new — it was not offered for the 2016 model year, although it made a brief appearance late in the second-generation Tacoma’s history. Consider this the ultimate Tacoma, a vehicle based on the off-road racers that have long defined the brand. 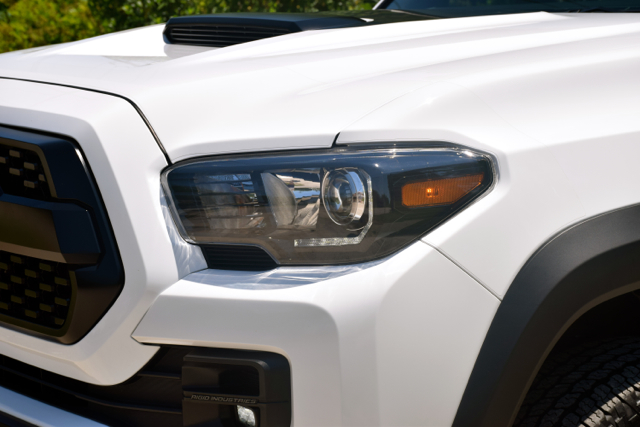 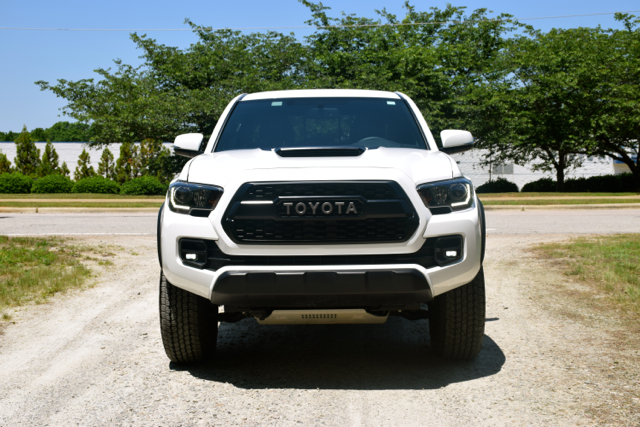 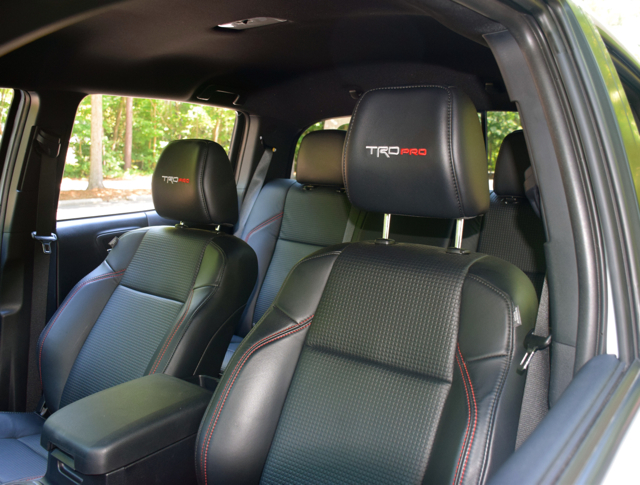 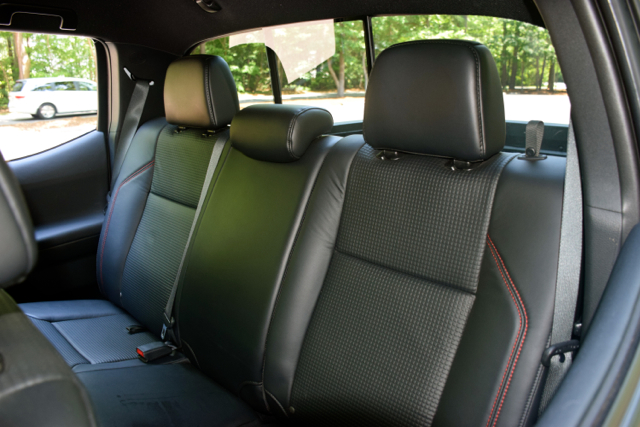 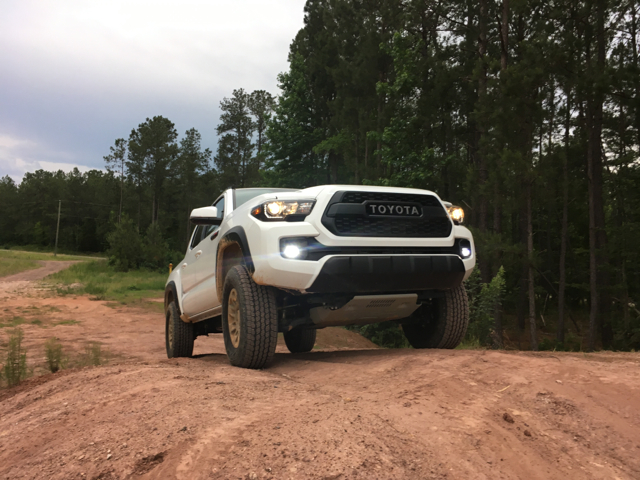 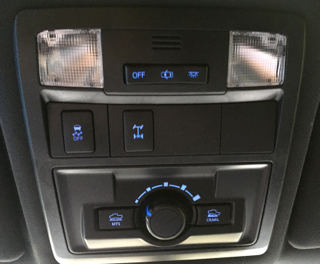 Fortuitously, my explanation satisfied the trooper. Perhaps having my wife riding shotgun demonstrated we were simply an ordinary couple out for a Sunday afternoon drive. We just happened upon a slough of mud.

The prized feature, however, wasn’t the trails. Instead, it was a beautifully formed heap of clay with a steep incline, what encouraged a thorough testing of crawl control. Once engaged, I released my foot off the gas and brake pedals, allowing Taco to climb the hill with little steering involvement. 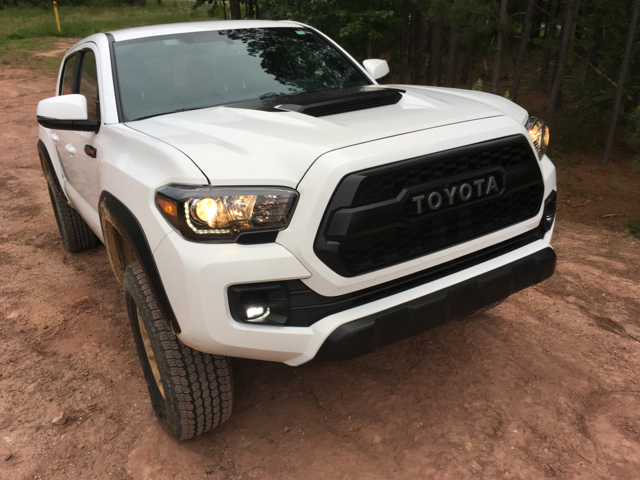 It is on these steepest inclines where the mechanical clanking of crawl control is most noticeable. Slowly, but steadily she climbed before reaching the top, which was only about eight feet high.

Instead, I kept crawl control active as I moved the transmission into reverse and began backing down the hill. That was actually quite a fun experience — the truck gradually moved backward, alternating between crawling and braking, but mostly braking.

At 2-3 mph it certainly was a slow crawl, but a well-managed one at that. Once done, I continued my off-road romp, switching from 4Lo to 4Hi, reversing the process. Here, you need to stop and allow the process to complete before moving on. 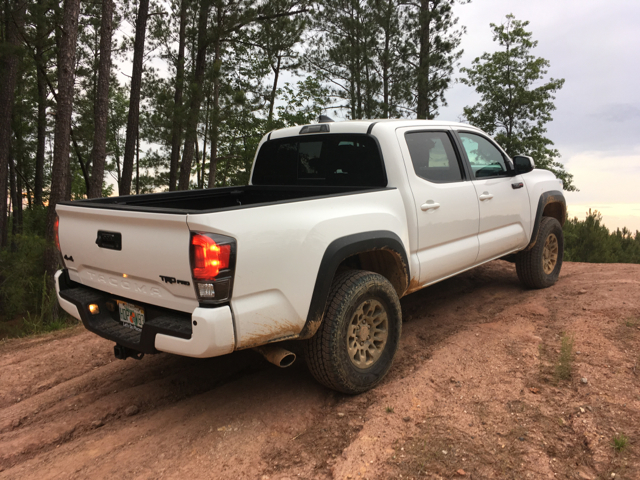 If you have four-wheeling and a V6 in mind, then start your look with a TRD Sport Access Cab and the automatic transmission ($33,970). The Double Cab will cost you $935 more.

To get such helpful features as a locking rear differential, hill start assist control, and crawl control, you’re looking at the TRD Off-Road starting around $35,000. Opt for the Double Cab and you’ll pay $36,000. And that’s before choosing such off-road embellishments as all-terrain tires. 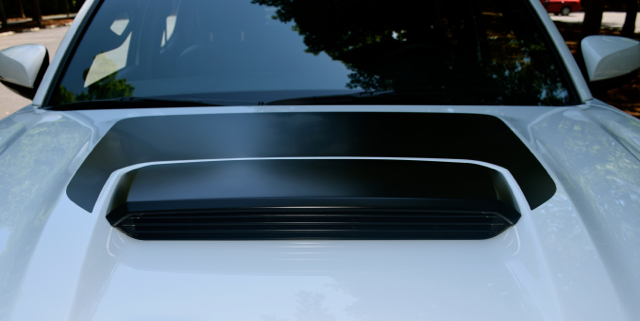 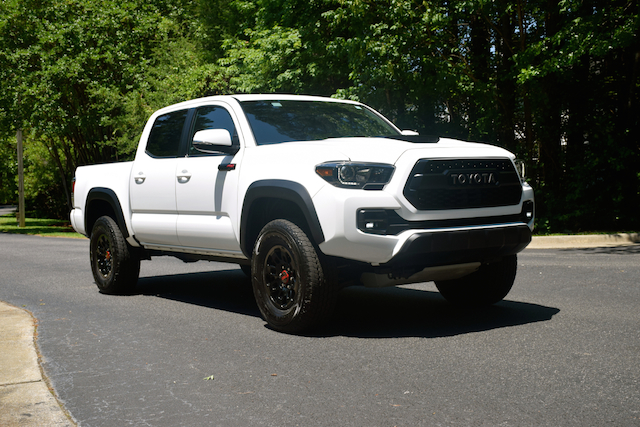 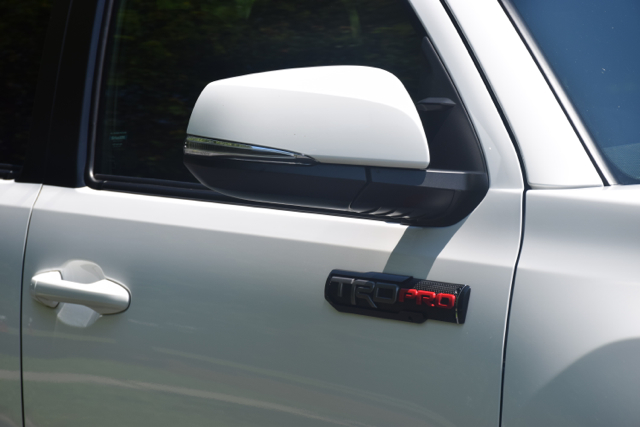 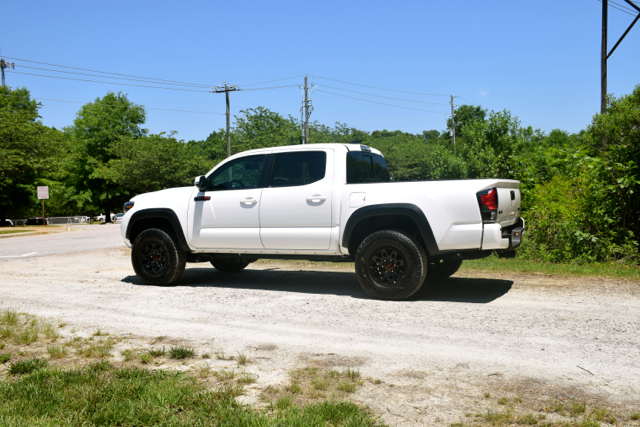 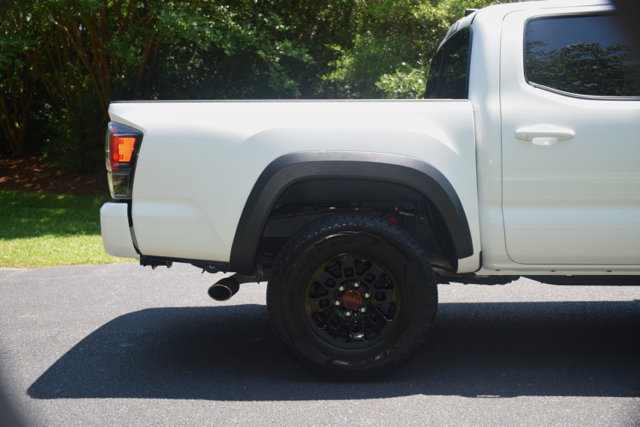 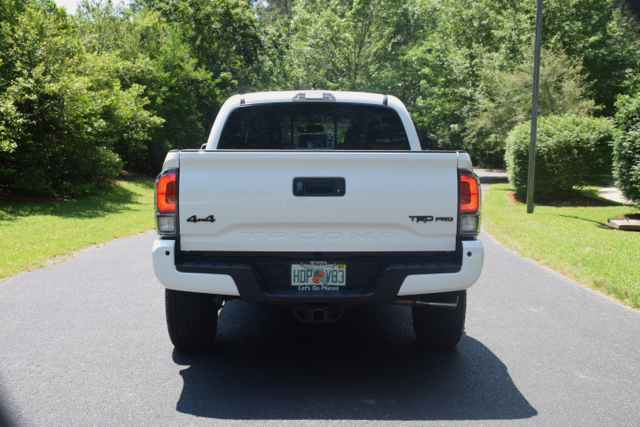 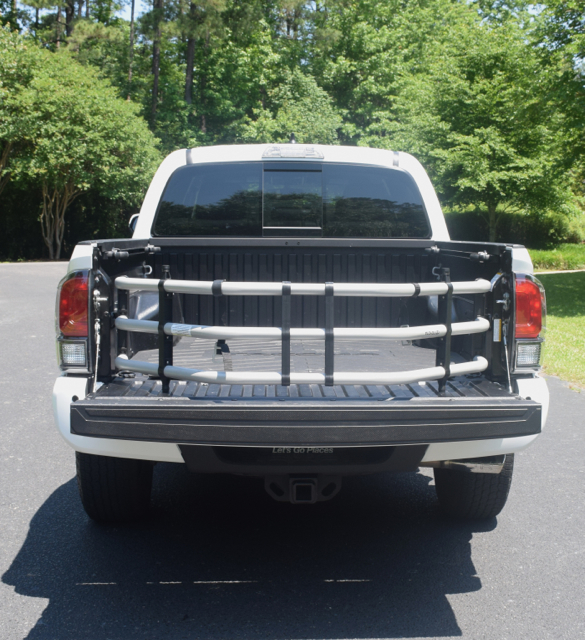 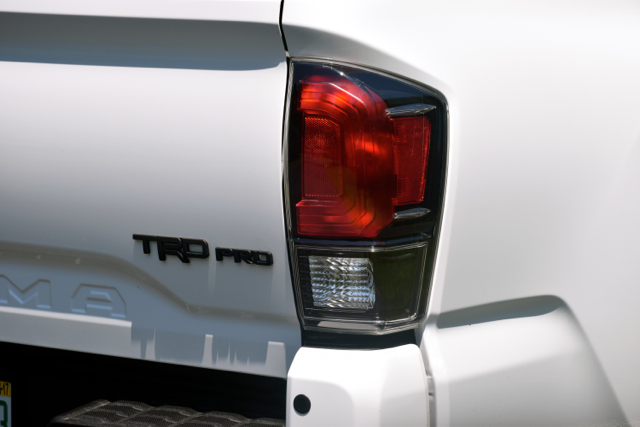 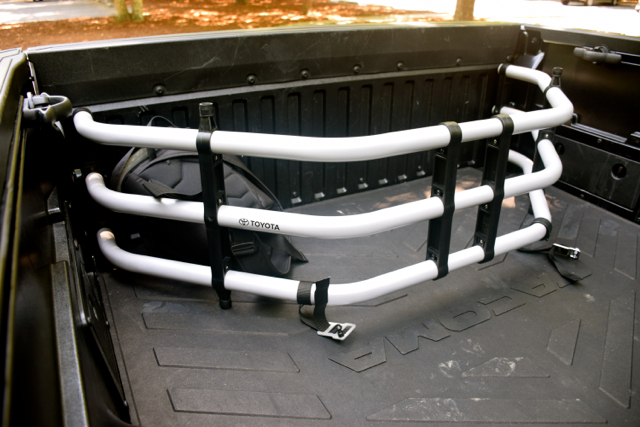 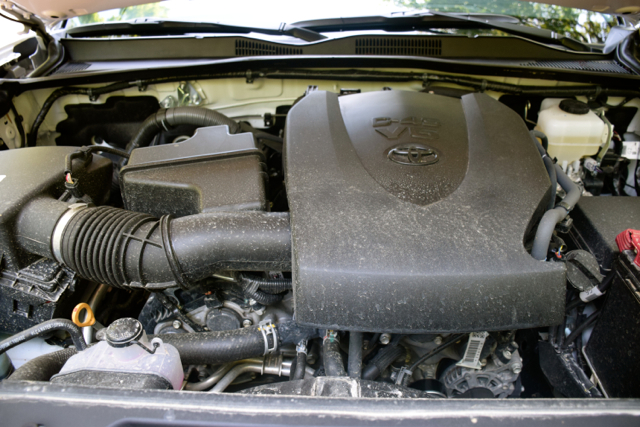 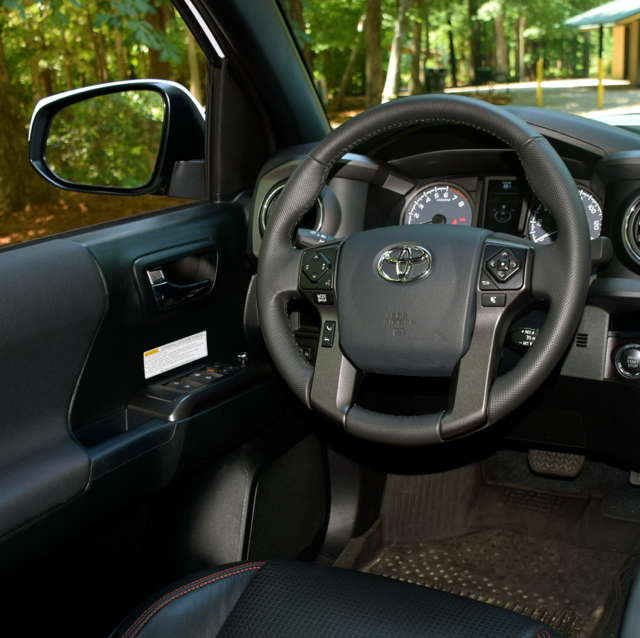 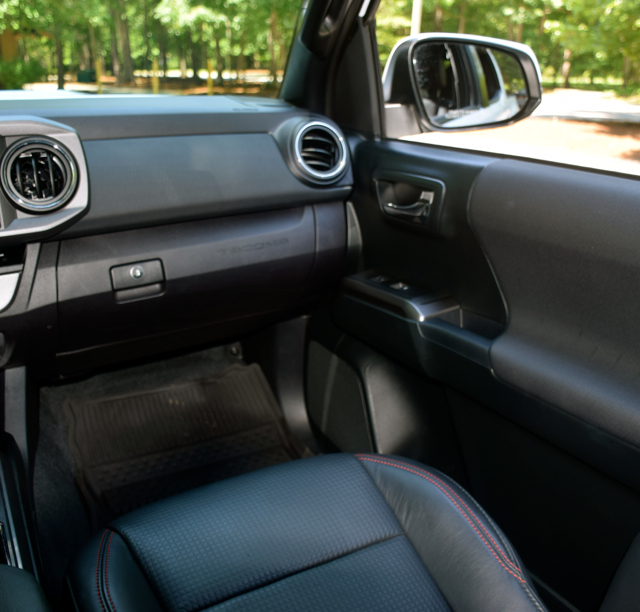 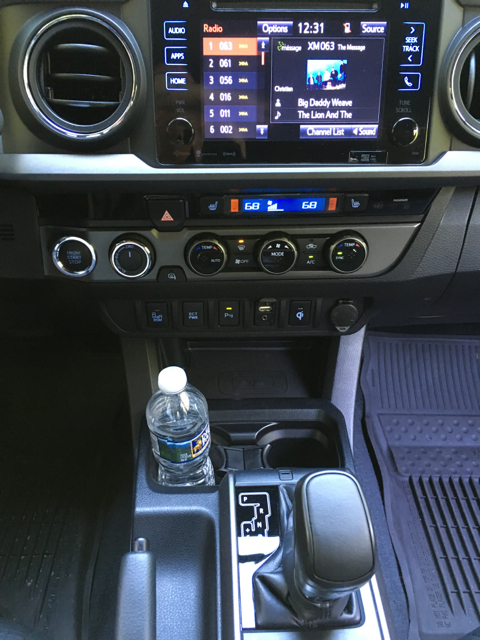