Chrysler arrived late to the hybrid game releasing 2009 MY Dodge Durango Hybrid and Chrysler Aspen Hybrid models in the summer of 2008. Sharing the two-mode hybrid system developed jointly with GM, BMW, and Mercedes-Benz, the Chrysler duo were discontinued a few months later as Chrysler’s survival was in doubt.

But Chrysler was far from done with vehicle electrification, an important way for manufacturers to meet ever-rising fuel economy requirements. Models such as the all-electric Fiat 500e were developed for California, but as for the type of model with potentially wider appeal — a hybrid — nothing followed. Until now.

The Pacific Hybrid hit the market nearly a year after the all-new Pacifica arrived, replacing the previous Chrysler Town & Country. Both the Pacifica and Pacifica Hybrid are 2017 MY vehicles, despite the late start for the hybrid. Yes, the Dodge Grand Caravan is still being produced, but it is based on the previous generation minivan. The Pacifica/Pacifica Hybrid represent today’s engineering and technology — the here and now. 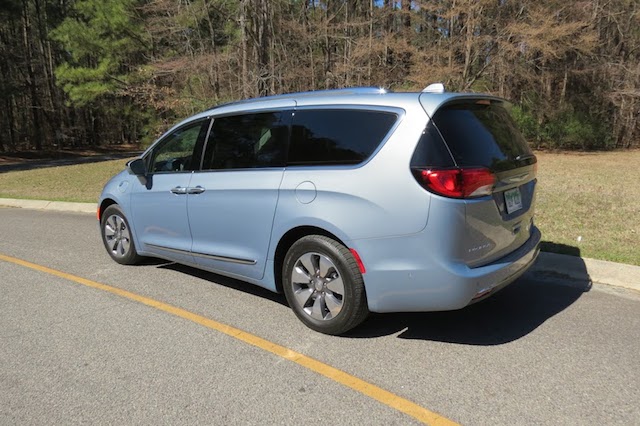 The two models are powered by a 3.6-liter V6 engine with the hybrid operating on the more efficient Atkinson cycle. An electrically variable transmission works in tandem with a pair of electric motors to send power to turn the front wheels; one of the motors does double duty as a generator. Electricity is stored in a lithium-ion battery pack located under the second-row seats and is tapped at various times in the drive cycle.

The advantage of a plug-in hybrid over a standard hybrid is electric-only range, something the former provides, but the latter doesn’t except in short spurts, typically of up to one mile. And not all hybrids can do much more than an electric-only crawl around the lot as you look for a parking space.

Chrysler says the Pacific Hybrid has a 33-mile electric-only range when the minivan is fully charged. But that range isn’t precise — certain variables such as air temperature can weigh in. I was able to charge the vehicle several times — all but once at public charging stations — and the feedback listed on the dashboard showed range times of 37, 40, 37, and 35 miles. The lower number was reached when daytime temperatures at the end of my week stayed below 50 degrees or about 30 degrees lower than when I started.

It soon became a game to see how far I could drive without the engine kicking in. Like other PHEVs, the engine doesn’t wait until electricity has been depleted to activate. Under hard acceleration and whenever extra power is needed, the V6 comes alive and works concurrently with the motors to move the minivan. When the extra power isn’t needed, the engine shuts off — as long as there is juice left in the batteries. Unlike some hybrid versions of standard models, the Pacifica Hybrid looks nearly identical to the gas model. The chief differences include the charging port located between the front left wheel and the roof pillar as well as hybrid badging placed here and there. You’ll find some color differences too — mine came in a handsome silver teal.

Inside, floor mats with “hybrid” spelled out are evident too. And the instrument panel has its own information about charging and energy use. At the top of the dashboard you’ll find a four-light arrangement — the more lights activated when charging, the closer you are to a full charge.

You’ll find room for seven inside the Pacifica Hybrid — the gas model offers room for eight or seven. The difference here is that Chrysler offers second-row captain’s chairs for two and doesn’t make the three-row bench seat available. The reason is simple: the Chrysler second- and third-row seats folds into the floor in the gasoline model, but only the third-row seat does that in the hybrid. For beneath the floor in the second row is where Chrysler stores the battery pack — that seat storage area has been repurposed for hybrid means.

As for the cabin in its entirety, the hybrid offers excellent room all around and supplies numerous cup and drink holders, cubbies, and other storage areas to go with it. A long list of standard features include keyless entry with push-button start, power-sliding side doors, full power accessories, multi-zone climate control, and second-row sunshades. A panoramic sunshade is available ($1,795). 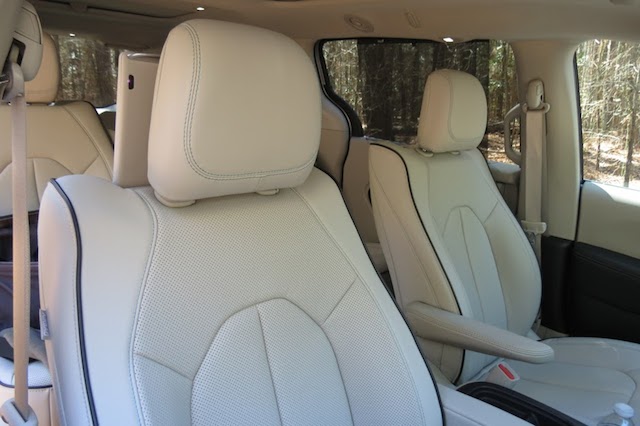 In all things crashworthiness, the 2017 Chrysler Pacifica Hybrid claims the highest marks from the Insurance Institute for Highway Safety (IIHS) and the National Highway Traffic Safety Administration (NHTSA). The IIHS awarded the Pacifica Hybrid a Top Safety Pick+ rating, while the NHTSA assigned a 5-star rating to the minivan.

A UConnect infotainment system with an 8.4-inch screen and available navigation headline the tech items. You’ll also get an assortment of apps, USB and auxiliary audio ports, satellite radio, and HD radio. A six-speaker audio system is standard. 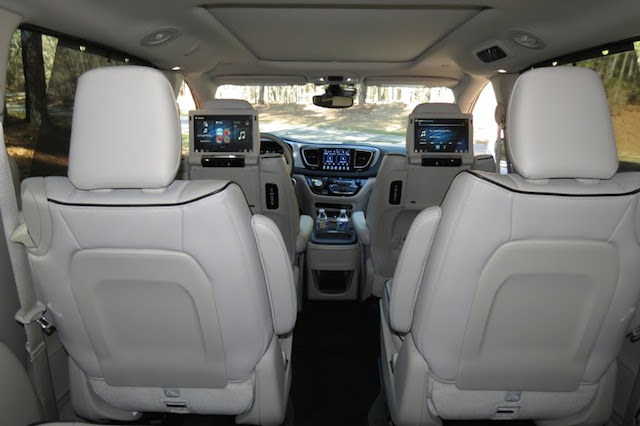 What you have here is a hybrid that comes better equipped than any of the lower grades of the gas model. For example, the Hybrid Premium edition ($41,995) is priced $4,100 more than the Touring L Plus, while the Hybrid Platinum costs $2,500 more than the Limited.

Those are the price points you’ll want to compare, but consider this: the hybrids are eligible for a $7,500 federal tax credit in addition to whatever state and local incentives apply. Straight away your net costs come in lower for the hybrid and for families who wanted well-equipped models in the first place, here you go. 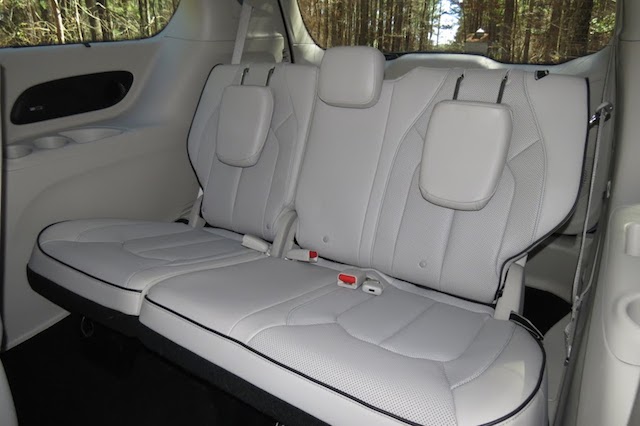 Chrysler already raised the bar among minivans when the gasoline Pacifica rolled out in spring 2016. The hybrid places a bow on top of this model and flexes Fiat Chrysler’s green credentials. With 32 mpg fuel economy (22 mpg for the gas model), the Pacifica Hybrid is as efficient as a compact car.

You can expect other FCA models to get the PHEV treatment too, perhaps the Jeep Grand Cherokee, Dodge Durango or both.

You’ll want to compare this minivan with the Toyota Sienna, Honda Odyssey, Kia Sedona, and the Nissan Quest, before quickly realize that there’s nothing like the Pacifica Hybrid available. That seems surprising given Toyota’s dominance of the hybrid market, but the Sienna — unlike the similar-sized Highlander SUV — is absent one. Advantage Chrysler. 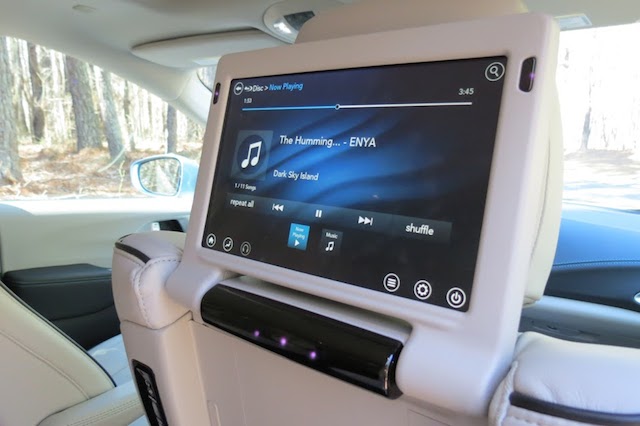 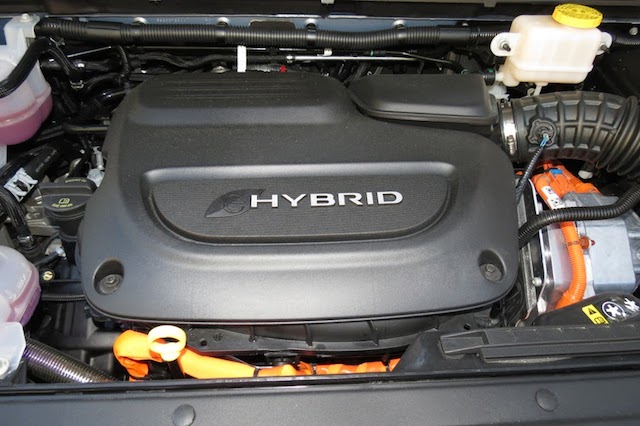 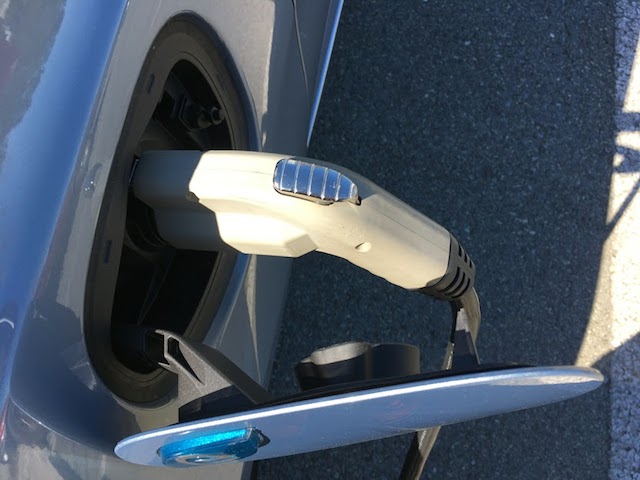