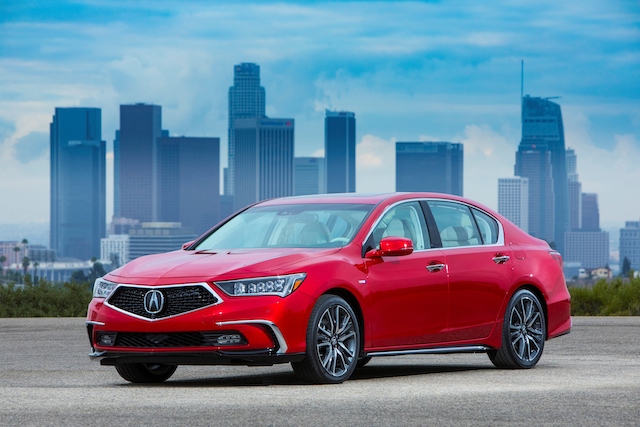 A new transmission and updated technologies for the 2018 RLX.

My, how fast time passes by. It hardly seems possible, but the Acura RLX is now in its fifth model year. Acura’s flagship replaced the RL beginning in 2015 and has served the brand well. And unlike other top-of-the-line models, this one comes with standard front-wheel drive and a V6 engine.

Other design changes extend to the hood reflecting more pronounced sculpting, a fresh set of wheel designs, updated LED taillights, and a gloss black diffuser marked with a pair of exposed dual exhaust finishers. The look is at once luxurious as it sporty. 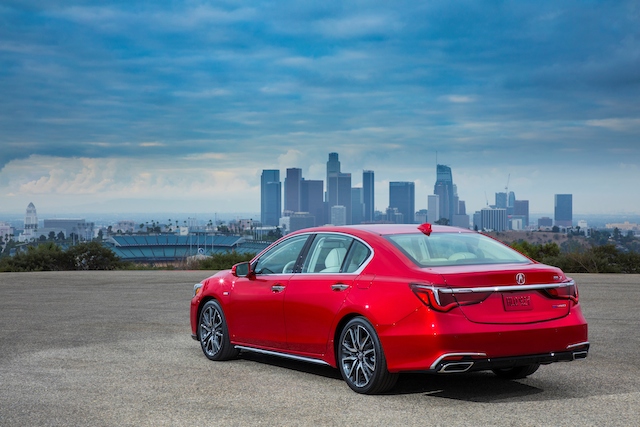 The difference with the all-wheel drive model is that it adds three electric motors — one on the front axle, two at the rear wheels, creating a hybrid electric vehicle. Performance benefits tremendously, increasing total system horsepower to 377 horsepower and 341 pound-feet of torque.

Fuel economy estimates from the EPA come in at 20 mpg in the city and 29 mpg on the highway with front-wheel drive and 28/29 with the Sport Hybrid. Both RLX models have the AcuraWatch bundle of safety and driver-assist features, including the new-for-2018 Traffic Jam Assist. This feature works alongside two other technologies — adaptive cruise control and low speed follow. In essence, Traffic Jam Assist keeps the sedan centered in its lane along with providing a set interval between vehicles.

Both models offer a 14-speaker audio system. The hybrid has a Krell premium audio system, while the standard sedan has an in-house unit. 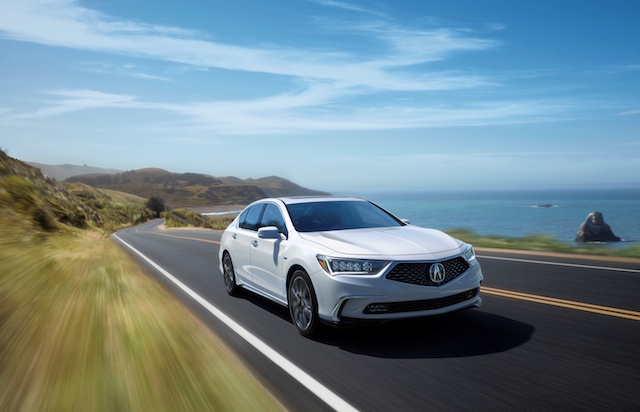 Acura prices the 2018 RLX from $55,865, including destination, for the front-wheel drive model and $62,865 for the Sport Hybrid. Notably, the Sport Hybrid’s price reflects a reduction of $4,050 when compared to the 2017 model equipped with the Advance Package.

The RLX may be Acura’s flagship, but sales are very small — only 99 units sold last month compared to 2,668 for the midsize TLX sedan. The biggest Acura sellers are a pair of crossover utility vehicles (CUVs) — the MDX and RDX. That said, Acura continues to hold the banner high with the RLX, a refreshed model with a new look and a price overhaul strategy to go with it.

1 thought on “Flagship Acura RLX Debuts With a Refreshed Look”