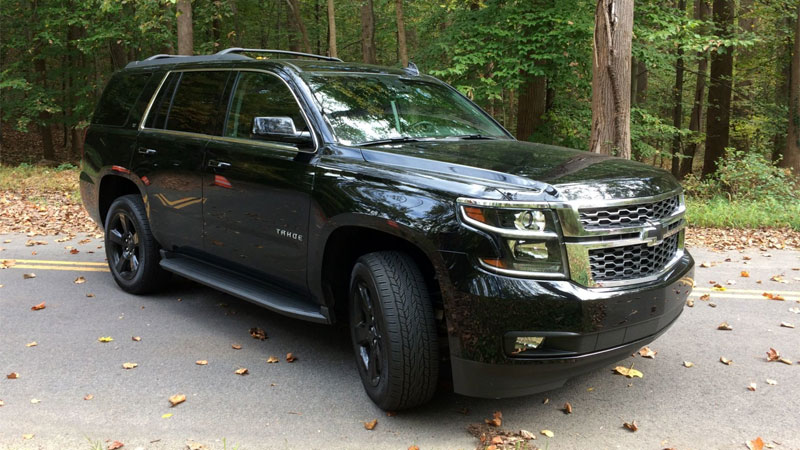 The Chevy Suburban hits all the right notes.

The Chevrolet Suburban makes an important claim to fame and it doesn’t have anything to do with its size. Yes, the Suburban is one of the largest passenger vehicles you can purchase, but what’s significant about this model is that it is the oldest model name of any US vehicle, its history dating to 1935.

The first “Carryall Suburban” was essentially a station wagon bolted to a truck frame. It was derived from a vehicle built for commercial purposes since 1933, then offered to the public under both the Chevrolet and GMC brands.

During the war years, civilian production ceased, but a military transit version continued. It wasn’t until 2000 when the GMC version was renamed the Yukon XL.

Today, the Suburban soldiers on, now in its eleventh generation. The shorter wheelbase version is known as the Chevy Tahoe, a vehicle reviewed by Auto Trends recently. 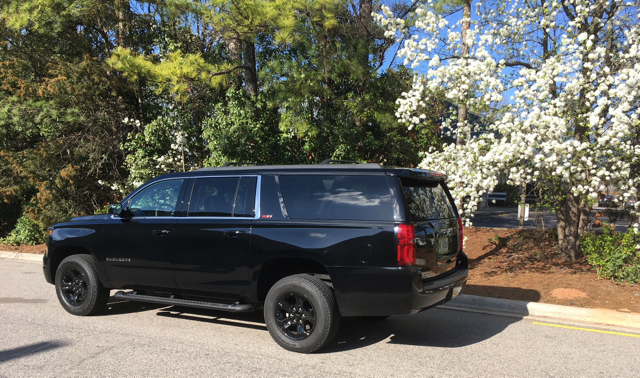 All models come with a 5.3-liter V8 engine paired with a six-speed automatic transmission. New for 2018 is the RST Edition available on the LT and Premier models, two new exterior colors and standard LED daytime running lights across the model line. Two new dealer-installed options roll out: a Borla performance exhaust system and a six-piston Brembo front brake package.

My test model was a 2018 Chevy Suburban LT four-wheel drive. This model retails for $67,075, as it included several packages, including a Luxury Package ($2,860, with front fog lights, front and rear park assist, a power liftgate, power-fold second- and third-row seats, a power tilt-and-telescopic steering column, rear cross-traffic alert and other upgrades).

Where the earliest Suburbans were wagons set on truck frames, the current model finds a balance between truck and wagon. The expected long roofline, high beltline and slab sides are very much of the truck variety, but the front fascia and rear liftgate deliver a smoother, kinder look to this model. 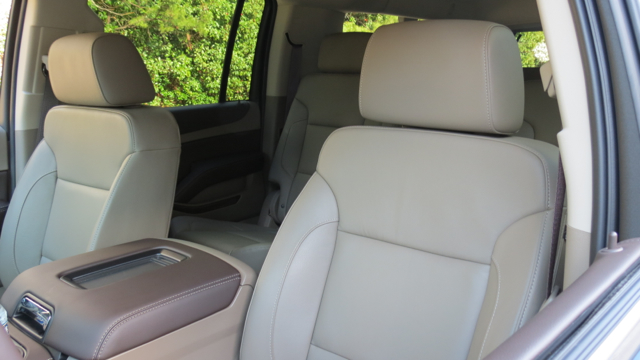 Yes, the Suburban can seat as many as nine, particularly if you opt for three rows of bench seating. It is an option some people want, but the other choices include bucket seats up front and captains chairs in the middle row. With seating for seven, eight or nine, the Suburban has you covered. 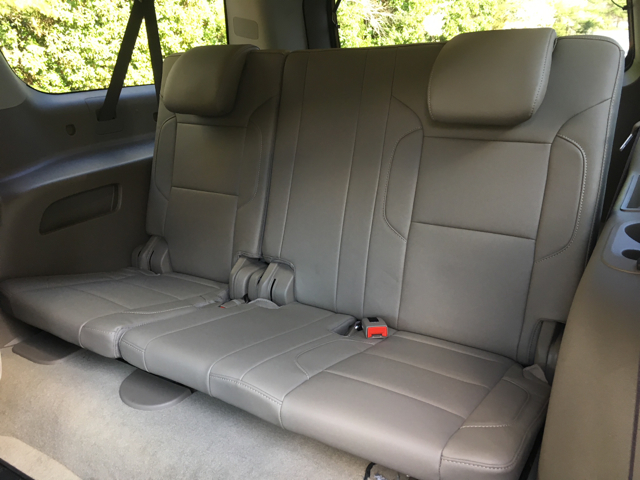 Regardless of what your seating arrangement is, the Suburban’s cabin is as cavernous as they come with huge amounts of space throughout. If there is a penalty seat it would be the third row, but only for exceptionally tall passengers.

Legroom is tightest back there, but even with a middle row bench seat you can take your shoes off and slip your feet underneath, getting comfortable the best way you know how. Otherwise, if you don’t need the rear seat it folds flat into the floor. 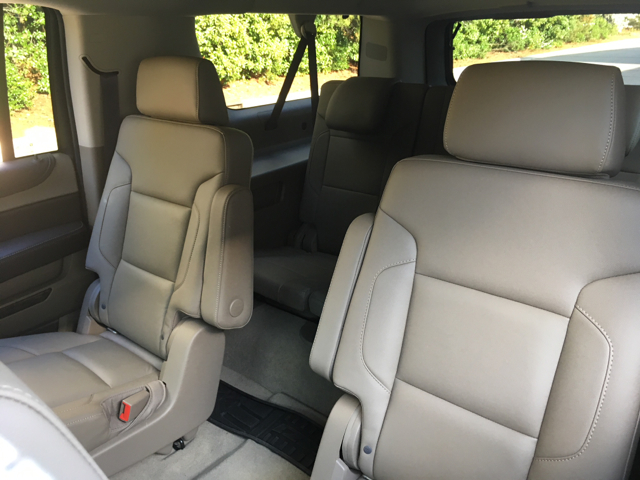 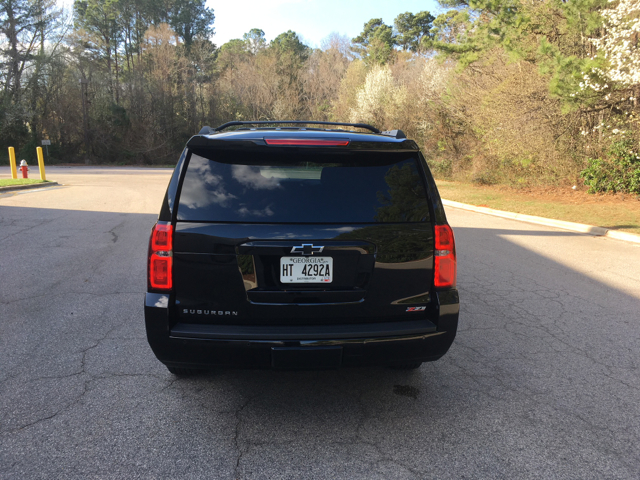 One thing that surprised me about the Chevrolet Suburban is that it offers one engine choice and a 5.3-liter V8 at that. That’s the same engine powering the shorter wheelbase Tahoe, but at least the Tahoe now offers GM’s largest V8 gas engine displacing at 6.2-liters as an option with the RST.

But don’t look at the smaller engine as some type of deficiency, it isn’t. This engine supplies efficiency as the engine cranks out 355 horsepower and 383 pound-feet of torque and also shuts down half the cylinders under certain drive and load conditions. Add it all up and the V8 delivers a class-leading 23 mpg on the highway.

The V8 pulls away from a dead stop with sufficient power, then ups its game when zooming down the highway entrance ramp or passing that big rig on the road. Steering is effortless and just as it should be with a big SUV.

And if you’re smart, you won’t even attempt to carve corners — the Suburban is designed to bring you and up to eight additional passengers, all your gear and your trailer from point to point. Allow it to do what it does best and you’ll feel right at home with the Suburban.

Chevrolet receives high marks in all things tech. In fact, it may have the best standard tech features of any brand, bar none. I’m including luxury brands, GM’s Cadillac marque is no exception.

The Chevrolet entertainment package begins with a six-speaker audio system and adds OnStar 4G LTE and a built-in Wi-Fi hotspot that supplies access for up to seven devices.

Further, you get Chevrolet MyLink Radio with Bluetooth, satellite radio, a CD player, a 110-volt outlet, five USB ports and an auxiliary input jack. Some models include a nine-speaker Bose audio system or a 10-speaker Bose surround sound audio system.

When it comes to safety technologies, the expected rearview camera is present. You’ll also find on some models lane keep assist with lane departure warning, forward collision alert, low speed forward automatic braking and a safety alert driver seat. All models supply “teen driver,” a feature that enables parents to keep tabs on the driving habits of their young drivers. 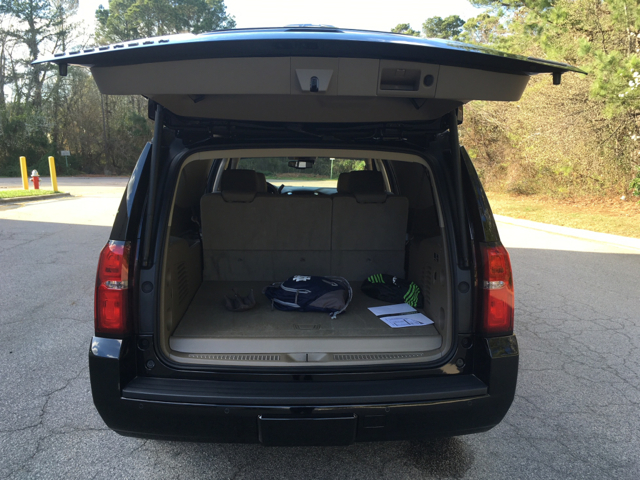 There is so much to dissect when examining the Suburban, but at least the trim levels are kept to a manageable three. We think most buyers will choose the four-wheel drive version for the simple reason that if they ever need to go off-road, they can and with their peace of mind intact.

Still, the Suburban LT with four-wheel drive will cost you about $60,000 and that’s without the packages my test model had. At least the list price is before the usual generous discounts kick in.

Big SUVs remain extremely important for GM, with Chevrolet selling approximately 56,000 Suburbans last year on top of nearly 99,000 Tahoes. Add in about 84,000 GMC Yukon/Yukon XL models and nearly 38,000 copies of the Cadillac Escalade, and you get a glimpse of a segment that remains strong.

Chevrolet remains at the forefront of the segment, delivering more of the big SUVs than any other brand.