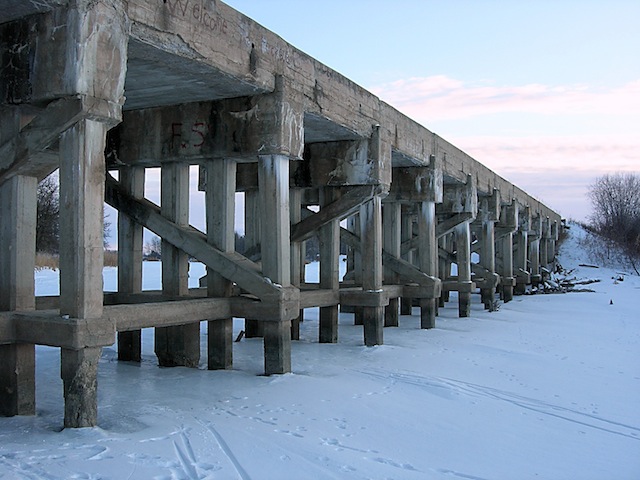 In his first State of the Union address to the American people last night, President Donald J. Trump reiterated his request for a comprehensive infrastructure initiative, an investment that would cost “at least $1.5 trillion.”

The president underscored the problem of getting key work done by noting it took only one year to build the Empire State Building, but it can take 10 years to get a permit approved “to build a simple road.” Immediately after Trump covered infrastructure in his 90-minute speech, a key union released a response favorable to the president’s initiative.

The International Bridge, Tunnel and Turnpike Association (IBTTA) was one of the first unions to comment on the Trump’s initiative, although the AFL-CIO and other unions have long advocated for such a plan.

“We applaud President Trump tonight for outlining a renewed focus on the need for bipartisan action towards improving and investing in America’s transportation infrastructure,” offered Patrick Jones, Executive Director and CEO of IBTTA. Jones went on to make a case for cutting “…burdensome regulations and laws that prevent states from accessing all available funding options to meet their local needs.”

Those regulations include restricting tolling of the Interstate System, an important way states might fund improvements. Jones noted that some of America’s highways would never have become a reality without tolls. He added, “Tolling is both a proven and effective tool to help pay for our nation’s infrastructure and an incubator of ideas driving mobility in the future.”

Although tolls are one way to pay for improvements, a fuel tax increase and vehicle registration are among the others. The president said nothing about infrastructure improvement funding, something Congress must address when taking up legislation.

The term “infrastructure” goes well beyond roads, bridges, tunnels and rail to include such matters as transit, dams, ports and aviation. The American Society of Civil Engineers casts a wider net, adding drinking water, wastewater, hazardous waste, schools and public parks to the list. In effect, the term covers everything that underpins society.

The ASCE closely monitors America’s framework, giving the country a D+ in its 2017 Infrastructure Report Card, while noting it “…costs every American family an average of $3,400 a year in disposable income because it is outdated and unreliable.”

Following the president’s speech, Kristina Swallow, PE, President, American Society of Civil Engineers said, “Congress should seize this opportunity to provide better infrastructure to the American people in a bipartisan fashion by closing the infrastructure deficit, as President Trump proposed. Infrastructure investment is one area where both Democrats and Republicans agree. I urge Congress to develop legislation that increases federal investment in infrastructure, including fixing the Highway Trust Fund. Further, this bill should make investments that provide substantial, long-term benefits to the economy, consider the cost of a project over its lifespan, and be built sustainably and resiliently to maximize investment. Using existing federal programs’ selection process as a starting place, ASCE is confident that increased investment will modernize our infrastructure, improve public health and safety, and drive our economy forward.”

(See Also — How to Resolve a Private Seller Lien)

Regular polling of American citizens shows strong support for infrastructure spending. Indeed, the results of a Summer 2017 poll released by the Association of Equipment Manufacturers (AEM) revealed that 89 percent of adults believe that such investments would strengthen the U.S. economy.

Further, more than eight in 10 said such an initiative would create jobs in their communities and improve their quality of life. The three top areas respondents said would benefit from improvements are transportation, construction and manufacturing.

Will Congress take up legislation in response to the president’s State of the Union address? It seems likely they will. Moreover, with a key tax victory behind him, the president isn’t likely to let up on another chance for success. This time, the vast majority of Americans may support him or at least the legislation required to get the work done.