The 2019 Subaru Ascent fills a hole in this automaker’s product line, by supplying a sizable three-row crossover SUV. It represents Subaru’s largest model yet, a vehicle designed to keep growing families in the brand fold.

Although the Ascent is not Subaru’s first three-row model — that honor belongs to the Tribeca, last built in 2014 — it is the first one to take advantage of the brand’s new modular architecture. Thus, the Ascent has an additional five inches between the wheels, is two inches wider and comes in about four inches taller than the Tribeca.

These specifications mean the 2019 Ascent is better able to accommodate seven passengers in comfort than the Tribeca. Further, with three rows of bench seats, the Ascent offers room for eight as do the Chevrolet Traverse, Honda Pilot, Buick Enclave and the Toyota Highlander. 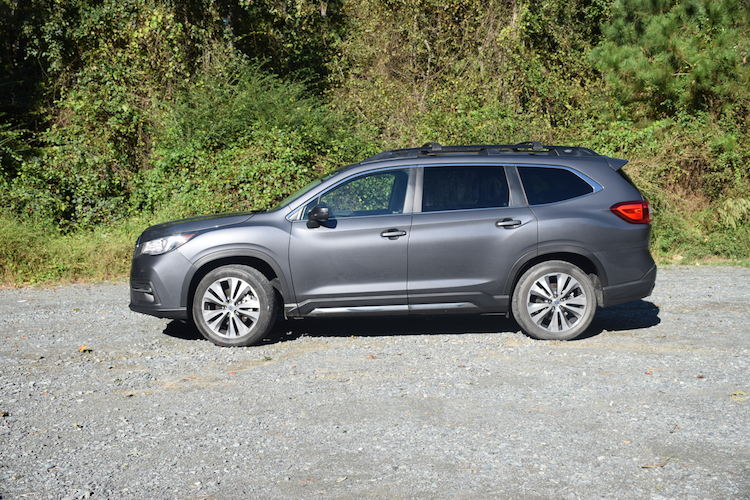 The Base and Touring models do not offer package upgrades. The Premium model offers four package choices, including a pair of Convenience ($1,460) and Sporty Packages ($4,260) based on the number of seats chosen (seven or eight).

As for the Limited model, it offers a pair of Technology Packages ($2,950), once again based on 7- or 8-passenger seating. This package includes a panoramic moonroof, navigation, a cargo area cover, and a 14-speaker Harman Kardon audio system.

We’ve already made the point that the 2019 Ascent is the largest Subaru model ever. Beyond that, the Ascent shares some of the styling elements of other Subaru models, although its diamond-shaped grille is larger and the headlamps and lower intake are also unique to this model. 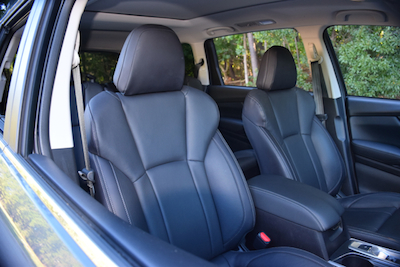 Inside, the cabin is clean, well ordered and roomy. If you don’t need eight seats, I strongly encourage the seven-seat layout. The middle-row captains’ chairs are very comfortable. They slide and tilt forward for ease of access to the third row. They also allow for more legroom (especially for the middle seated passenger). 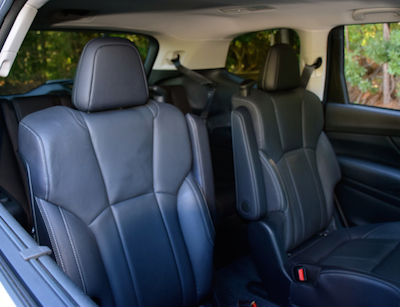 The Ascent was absolutely designed with families in mind. You’ll find 19 drink holders, although they can be filled with other items. Look around and you’ll find places to stash your phones and door cutouts for resting elbows. The front seats are comfortable, although if they were a bit wider they’d please the largest drivers amongst us. 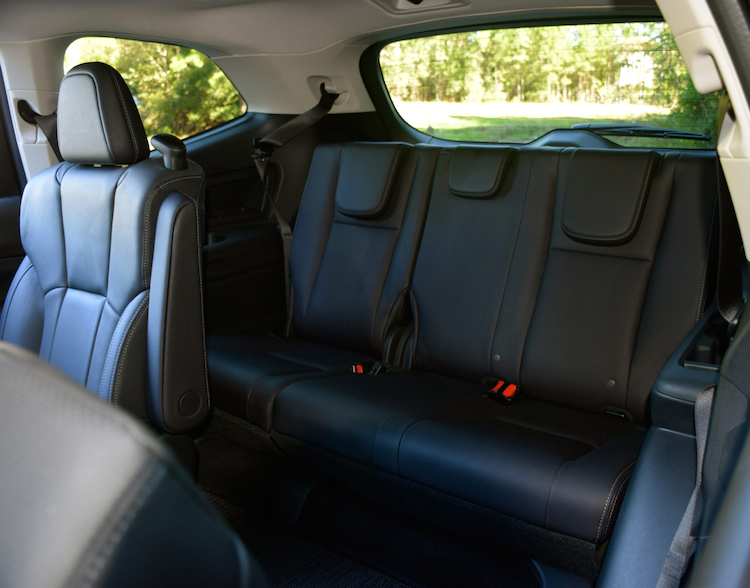 Subaru is synonymous with safety and it is also a technology leader. The automaker marries the two with its EyeSight Driver Assist Technology.

A 2019 Ascent with its available automatic adjusting headlamps (as featured on my test Limited model) earns a Top Safety Pick+ rating from the Insurance Institute for Highway Safety (IIHS). Subaru typically garners the highest scores, underscoring its stellar reputation for all things safety.

On the Road With the 2019 Subaru Ascent

When I took delivery of the 2019 Ascent and drove it for the first time, I forgot that this model doesn’t have the six-cylinder engine used in some Subaru models.

Instead, the Ascent is powered by an all-new turbocharged 2.4-liter four-cylinder engine. This is a BOXER engine, which means the cylinders are horizontally opposed, a layout prized by Subaru and Porsche alike.

What’s noteworthy here is that the engine bangs out 260 horsepower and 277 pound-feet of torque and is paired with a continuously variable transmission.

Step-off acceleration imbues confidence and when full power is needed, the turbo spools quickly. To my surprise, turbo lag was absent and that’s no small feat. Usually, when pressing the gas pedal with impunity, the engine will hesitate slightly as the turbo activates. Happily, this was not the case with this Subaru, which only heightened this model’s driving experience.

Another plus was the CVT. It behaved more like an automatic transmission as the built-in “steps” kept it from “stretching” under hard acceleration. You can also move the transmission shifter into sport mode and activate the paddle shifters. Here, the transmission mimics eight forward shift points.

As for off-roading, the Ascent can handle light-duty work with ease. The standard X-mode variable transfer clutch lock control adjusts the all-wheel-drive mapping as well as throttle control and activates hill descent control. These features are useful for gravelly roads, but you won’t want to tackle the rocky terrain.

As for fuel economy, the first two trims make an EPA-estimated 21 mpg in the city and 27 mpg on the highway. The two top trims lose 1 mpg. Another important feature is this model’s 5,000-pound towing capacity, the most we’ve seen from Subaru. That puts Subaru in good company, matching the top capacity of models like the Ford Explorer and ahead of the GMC Acadia (4,000 pounds) and the Mazda CX-9 (3,500 pounds).

The Subaru Ascent does what it needs to do as it goes up against the top models in its class. Now, Subaru shoppers don’t have to leave the brand as their seating and storage needs increase. Indeed, not only does this model seat up to eight, but storage capacity maxes out at 86.5 cubic feet with the second- and third-row seats folded.

That Subaru supplies its EyeSight technology across the model line means customers don’t have to upgrade and pay more to get what they want. The same can be said for all-wheel drive. That said, we think the Premium model with the available Sporty Package offers a sensible choice for many shoppers. With a price point just above $40,000, it also matches well with the competition.