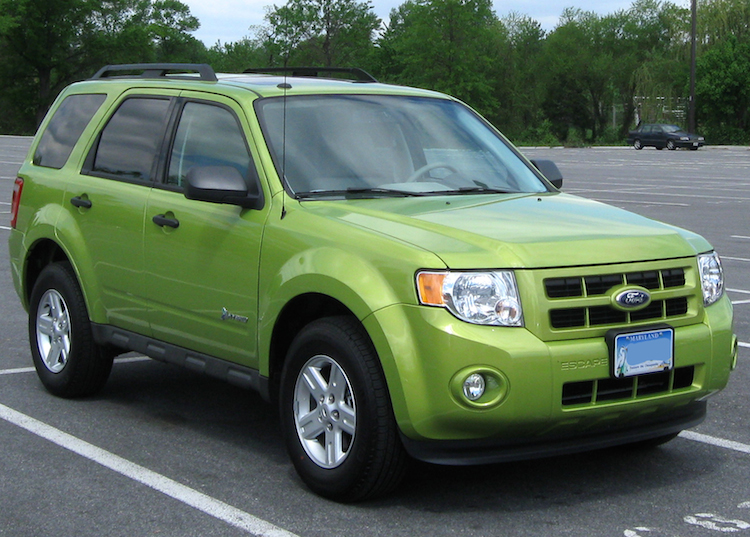 The Ford Escape has been one of the best-selling small crossover utility vehicles since its 2001 debut. The earliest models shared the same architecture with the Mazda Tribute. There was also a Mercury Milan variant until Ford canceled the brand in 2011.

Ford rolled out the third and current-generation Escape in 2013, so it is time for a new model to hit the market. Our sources say it will happen sometime this year, with the 2020 Escape arriving as soon as this summer.

The Escape is no longer related to the Mazda Tribute, as the latter was replaced by the CX-5. But there is a Lincoln MKC variant, a high-end take on the small Ford SUV. For 2020, that premium model will also sport a new Lincoln Corsair name as the marque continues to move away from its previous alphanumeric nomenclature.

Several sources (including Car & Driver) are reporting on the powertrain offerings for the new Escape and they’re interesting, to say the least. The information was culled from paperwork Ford submitted to the National Highway Traffic Safety Administration (NHTSA).

Powering the base Escape model is a turbocharged 1.3-liter three-cylinder engine. This will be the first three-banger in the segment, but it isn’t the first Ford model powered by three cylinders. Previously, both the Fiesta and Focus offered one.

Besides the three gasoline engine choices, Ford will offer two hybrid variants — standard and plug-in versions, which will work with Ford’s 2.5-liter four-cylinder engine. This is also the second go-around for an Escape Hybrid. From 2004 to 2012, Ford offered the hybrid, selling approximately 118,000 units over nine model years. Further, Ford was the first manufacturer to provide a compact hybrid SUV, as a Toyota RAV4 Hybrid didn’t arrive until 2016.

A Corsair hybrid seems likely too, but it may only include the plug-in version and that with all-wheel drive. Moreover, while the Escape’s arrival will come first, the Corsair may arrive sometime in 2020 as a 2021 model. Still, that’s ahead of schedule for Lincoln’s smallest utility vehicle.

Ford’s lineup will soon be comprised entirely of utility vehicles, trucks, and vans, with the Mustang the lone car exception. A new Explorer is here and the next-generation Edge is in the works. We’ll see the Bronco SUV sometime in 2020. A replacement for the EcoSport may soon follow.

As for Lincoln, Ford’s luxury brand may continue with its two-sedan lineup, although the MKZ name will likely disappear. Sales of the large Continental are slow, but a refresh seems likely.

As for utility vehicles, Lincoln’s lineup will soon range from the Corsair to the Navigator, with the Nautilus and Aviator occupying the middle spots. And as for the wagon-like MKT, it will soldier on at least for a few more years, but in livery availability only.