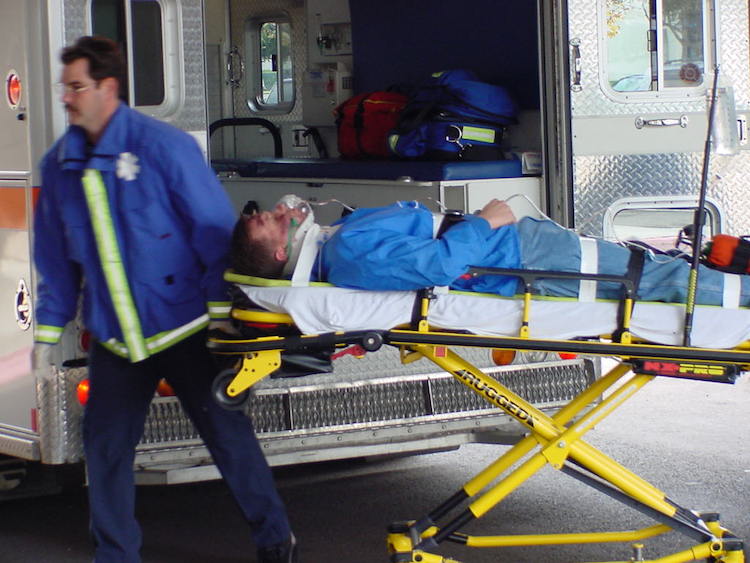 More than three million people are injured in car accidents each year, according to the National Highway Traffic Safety Administration. Fortunately, many of those injuries are not severe, ranging from cuts and bruises to whiplash. But a significant number of people have severe injuries, including some which may result in a permanent disability.

The statistics behind car crashes are appalling, beginning with an estimated 40,100 deaths in 2017. That’s about one-quarter of all accidental deaths each year, according to the Centers for Disease Control (CDC).

Among motor vehicle accidents, you’ll find injuries ranging from lacerations of the head, arms, and legs to chest injuries, even traumatic brain injuries. Learn more on how you can get the help you need following an accident.

The following statistics from the CDC demonstrate the impact of motor vehicle accidents:

1. Death to injury ratio. For every one person killed in a motor vehicle accident, another eight are injured. Visits to the emergency department (ED) following an accident are much more common — 100 people visit the ED for every death recorded.

3. Lifetime medical costs. Crash injuries sustained in 2012 (the last year statistics were available) resulted in an estimated $18 billion in lifetime medical costs. Of that amount, more than 75-percent of the costs occur during the first 18 months following the crash. This means that a significant number of individuals require long-term care, including convalescence and life support. The CDC reports that the average ED visit costs $3,300, while hospitalization costs average near $57,000 over the individual’s lifetime.

4. Lost work. If you’re injured in a motor vehicle accident, you’ll find yourself out of work, at least for a few days. The CDC estimates that the crash injuries sustained in 2012 cost $33 billion in lifetime work lost. Various disability insurance plans may cover these costs for employees. Not recorded are the estimated opportunity costs a company will incur when a valued employee is absent.

You can’t always avoid an accident, but there are ways you can reduce the chances you’ll be in one. Or at least reduce the impact.

First, always drive defensively. Keep an eye out for other drivers and how they’re behaving on the road. When entering an intersection, slow down and look both ways. When stopped at a red light, pause briefly when the light turns green to be on the lookout for red-light runners.

Second, use your safety equipment. If your car comes with advanced driver-assist technologies, including lane keep alert, collision warning, and automatic emergency braking, use these systems. Don’t deactivate stability and traction control as these systems will help keep your vehicle planted.

For avoiding serious injury, you should do the following:

1. Wear your seatbelt. The driver and all passengers should engage their seat belts. Even one person unbelted can raise the risk of injury to all.

2. Use special child restraints. Babies and young children need to be restrained in either a car seat or a booster seat. Your state offers guidelines on what seat to use for your child’s size. If you’re not sure how to install a car seat, your local fire station may be willing to help.

3. Don’t drive under the influence. Drinking and driving don’t mix. Neither do drug usage and driving. And not just illicit drugs — some prescription drugs may cause poor interactions. Be aware of what these may be and avoid driving when you’re not under control of your faculties.

4. Follow all traffic safety laws. Speed limits and other traffic safety laws are intended to keep you safe. Even so, you should reduce your speed when conditions are hazardous, such as wet or slick roads or when visibility is reduced due to fog or smoke.

Beyond the statistics, driving doesn’t have to become the scary proposition it is for some. Driving at night increases the chances of an accident, especially during the early morning hours when people’s need for sleep is the strongest.