Distracted driving is not just a nuisance, but it is a killer. Indeed, the National Highway Transportation Safety Administration (NHTSA) reported that 3,166 people were killed due to distracted driving in 2017. This figure represents nearly 1 in 10 motor vehicle deaths. Behind the grim statistics are the grieving families and friends suffering because of such callous disregard for others. You can avoid adding to these statistics by incorporating the following driver safety tips as part of your overall distracted driving awareness initiative. 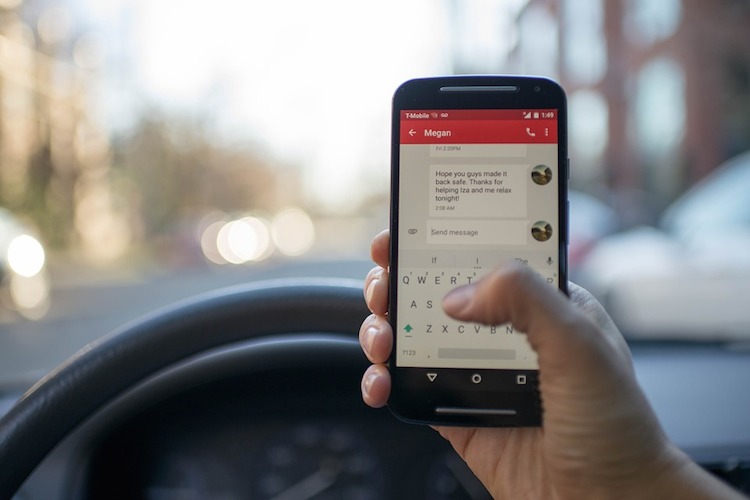 1. Distracted driving defined. Simply put, distracted driving is engaging in any type of activity in addition to driving your vehicle. Typically, this involves using a cell phone or other electronic device while driving. It can also include taking your eyes off the road to fiddle with the audio or navigation systems, playing with your smartphone, turning your head around to talk with a rear-seated passenger, eating and drinking, personal grooming, watching a video, and more. In other words, any type of activity that detracts from your driving should be avoided.

2. General cell phone use. Cell phone use while driving is permitted in some states. Simply because it is allowed does not make it a good thing. According to the Virginia Tech Transportation Institute (VTTI) drivers who talk on the phone are nearly four times as likely to be involved in a crash than an alert driver.

3. Texting while driving. Although talking while driving is risky in and of itself, there is another cell phone activity that has been proven even more deadly. Specifically, drivers who use their cell phones to text while driving as they are likely to take their eyes off the road for as many as five seconds. When traveling at 55 mph, that’s the equivalent of covering 100 yards (which is the length of a football field) without looking at the road ahead. So much can happen in that time, including another vehicle crossing your path, a bicyclist swerving into your lane or your car drifting into another lane with tragic consequences following.

4. Youth are at a greater risk, but parental behavior also matters. Young people are much more likely to embrace modern technologies than other demographic groups. While this technological edge for young people supplies them with a distinct advantage in life, it also means that they are more likely to engage in distracted driving with these very same technologies. At the same time, research has shown that parents who engage in distracted driving are more likely to have teens that do the same. Further, teens send or receive text messages while driving 26 times more than the rate that their parents think that they do. Therefore, parents, you should set the example so that your teen driver picks up only your good distraction-free driving habits.

5. Know your local laws. Every state, territory, and district sets its own driving laws. Likely, you are very familiar with your state’s laws, especially if you recently took your driver’s test. But those laws vary from state to state with differing degrees of penalties assessed, depending on your age and your activities while driving. For instance, in Colorado, there is a ban on all cell phone use while driving for novice drivers, described as individuals under the age of 18. In New York, that ban extends to all drivers. Moreover, you are not allowed to text while driving in New York. In most states, these restrictions are considered a “primary law.” This means a police officer can pull you over and issue you a ticket for that violation alone. A ticket means a fine, a court appearance, points on your driving record and higher insurance costs.

Even where permitted, research shows that a cognitive distraction takes place whenever a driver engages in a phone conversation while behind the wheel. This includes hands-free phone conversations where the driver’s hands are on the steering wheel and his eyes are on the road. In this example, you are susceptible to missing important visual and audio cues that can help you avoid an accident.

So, how best to handle distracted driving? Simply by avoiding behaviors that can lead to an accident.

For example, if you receive a phone call while driving, do not answer it until you are safely off the road, preferably in a parking lot, at a rest stop or on the shoulder of the highway, if allowed by law. No call is that important where you put yourself, other drivers and pedestrians at risk. You can always allow messages to go to voice mail before finding a safe place to stop and turn off your car before calling or texting that person back. Distracted driving is a killer — avoid adding to these sad statistics.

0 378
Craigslist Car Scams and How to Avoid Them