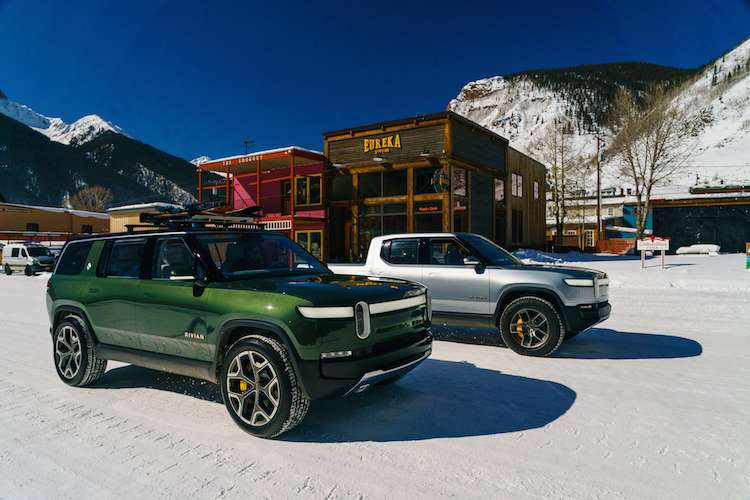 Upstart electric vehicle maker Rivian hasn’t manufactured one production-ready model yet, but that hasn’t kept outside parties from investing in it. This U.S. manufacturer has a plant in Normal, Illinois, along with four development centers. Rivian boasts Amazon and Ford as investors, and just this month added Cox Automotive as yet another important stakeholder.

The Cox Automotive $350 million investment follows $700 million from Amazon and $500 million from the Ford Motor Company. Despite the $1.55 billion invested by these three contributors and funds contributed by others, Rivian remains an independent company. As a result of this latest contribution, Cox gains a board seat and Rivian receives an important cash outlay.

So, who is Cox Automotive? The company is a subsidiary of Cox Enterprises, which was launched in 1898 when James M. Cox purchased the Dayton (Ohio) Daily News. Since then, the company has evolved to include the present Cox Communications — a U.S. cable company — and the Cox Media Group, a broadcasting, publishing, and digital media group.

In 2014, Cox formed Cox Automotive, which includes top brands such as Kelley Blue Book and AutoTrader. The automotive arm is also heavily involved in auto retailing, with Dealertrack, Dealer.com, and Vinsolutions in its portfolio. Manheim Auctions is yet another Cox Automotive holding.

In a press release from Rivian, we uncover Cox’s motive for investing in the automaker. “We are excited by Rivian’s unique approach to building an electrified future and to be part of the positive impact its products will bring to our roads and the world around us,” said Sandy Schwartz, president of Cox Automotive. “This investment complements Cox Automotive’s own commitment to environmental change through our Cox Conserves efforts.”

Certainly, taking a stake in Rivian enables Cox to claim an early slice of an electrified future. This move may also give the company an avenue to market new vehicles.

Based on Rivian’s timeline, we’re still more than a year away from seeing the company’s first two models launch: the R1T pickup truck and the R1S utility vehicle. The two models share a common skateboard chassis and will be offered in 105 kWh, 135 kWh, and 180 kWh battery pack sizes.

The standard model offers a robust 402 horsepower and 413 pound-feet of torque. its most powerful version has an output of 754 horsepower and 823 pound-feet of torque. Thus, the two models boast a 0-60 mph acceleration time of under five seconds to as fast as three seconds, depending on the battery size. Vehicle range is from 230/240 to 400/410 miles, which should meet the needs of the vast majority of drivers.

If there is any probable downside to Rivian (besides executing what they’ve promised to build), then that would be demand. Indeed, Rivian is entering an unchartered territory with an electric pickup truck, as no production model has ever been built or marketed. Traditional pickup truck owners enjoy their big gas- and diesel-powered models, and may not be ready to make a switch, especially away from a brand they’ve long trusted.

We think, however, Rivian stands a very good chance with starting on the right foot, thanks in large part to its investors. For example, Amazon needs delivery vehicles and may use the R1S to supplement its fleet. Although the vehicles are smaller than the Mercedes-Benz vans now in use, the Rivian’s footprint may be ideal for cities.

Cox will likely bolster its company fleet with both models. Its cable division might easily integrate the pair, upfitting the pickup for its residential services.

As for Ford, don’t look for Rivian models to supplant the F-150 and Ranger anytime soon. However, a promised electric Ford truck may tap Rivian technology, perhaps even sharing the skateboard platform to create a third model line.

Rivian can also expect competition from Tesla, which promises its own pickup truck will eventually arrive on the scene. And if this new breed of models proves stout and affordable, the swing to electrification may finally gain traction. If so, expect more investors to beat a Rivian path.