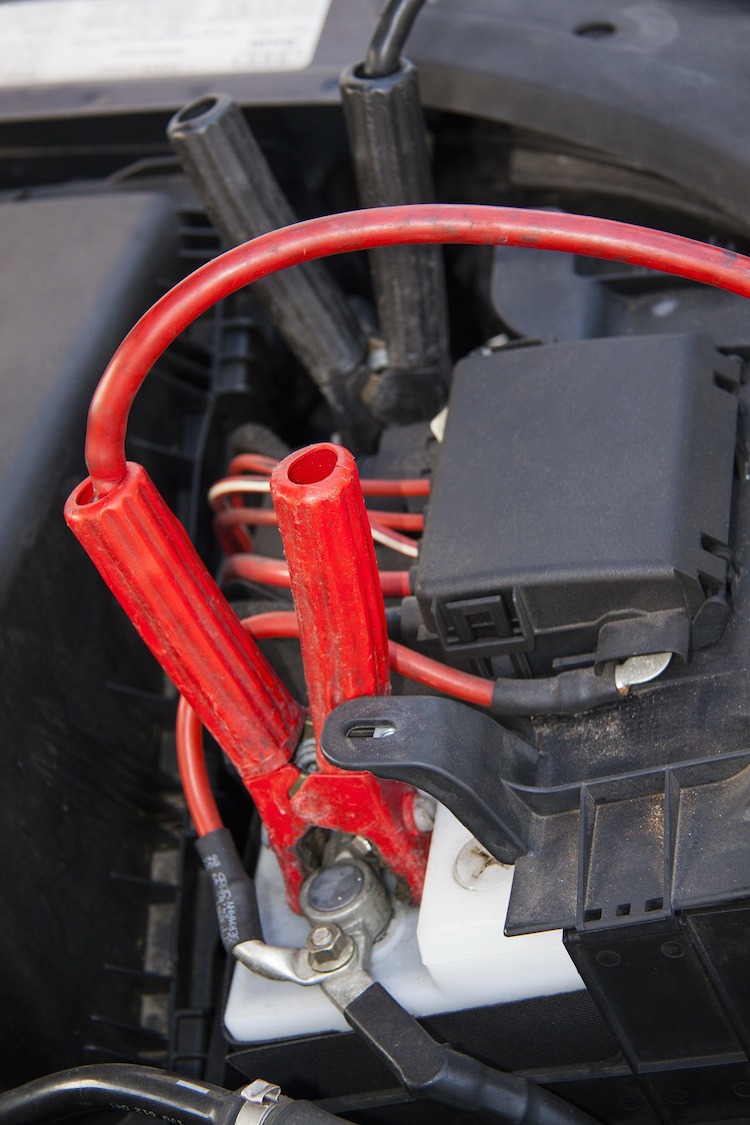 You just finished with your shopping and have returned to your car only to discover that the ignition does not turn over. Upon further inspection, you have discovered that the battery has died and you are stranded.

But not all is lost — with jumper cables at the ready and with the help of another motorist, you should be able to revive the battery and get your car started by following several important steps carefully.

The only tool you will need to jump-start a car is a set of jumper cables. A rag or a wire brush can come in handy for wiping away battery corrosion that may have built up on one or more of the terminals.

Attempt to pull the working car as close to the non-working vehicle as possible. Do not allow them to touch as that vehicle-to-vehicle connection will cause a short.

Turn the working car’s engine off, then raise and secure each car’s hood.

Take the other end of the jumper cable to the non-working car and attach the negative cable lead to a solid metal surface such as its engine.

Connect the positive cable lead to the battery’s positive terminal. Ensure that each connection is firm and secure.

If the engine turns over, your battery is salvageable. If not, you can attempt to start the car two more times. If it fails to turn over, then likely you’ll need to replace a dead battery. However, if the battery is new, then the alternator is the culprit and will need to be replaced, not the battery.

Keep the cars connected for one or two minutes to allow the revived battery to build up a charge. Then, disconnect the black leads from each battery first, followed by the red leads. Store your jumper cables as before.

As soon as you can, have your battery diagnosed by your mechanic or service center to determine whether it should be replaced or whether some other electrical problem is present. Always know your battery’s expected lifespan and plan to have it replaced before then.