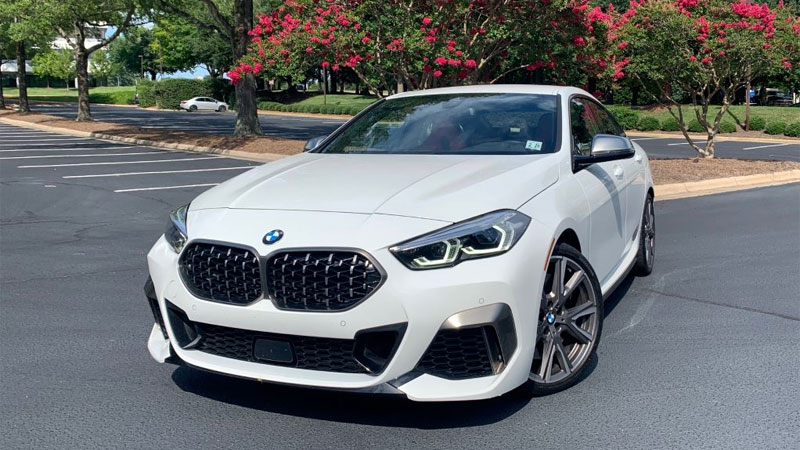 The 2020 BMW M235i xDrive Gran Coupe is the latest model served and that name is a mouthful. Breaking it down, the M represents the performance side of the house, while the 235i indicates the more powerful of the two Grand Coupe models offered.

Moving on, xDrive is BMW’s term for all-wheel drive. Finally, Gran Coupe suggests a fancy two-door model, but in this case, it is a four-door with a relatively coupe-like appearance.

What’s especially interesting about this model is that it isn’t derived from the 2 Series sedan with standard rear-wheel drive and available all-wheel drive.

Instead, BMW turned to its X2 crossover to fashion this one. Thus, like the X1 and X2 utility vehicles that utilize a front-wheel-drive architecture, the M235i does likewise. But you can’t get it in front-wheel drive as all-wheel drive is standard. 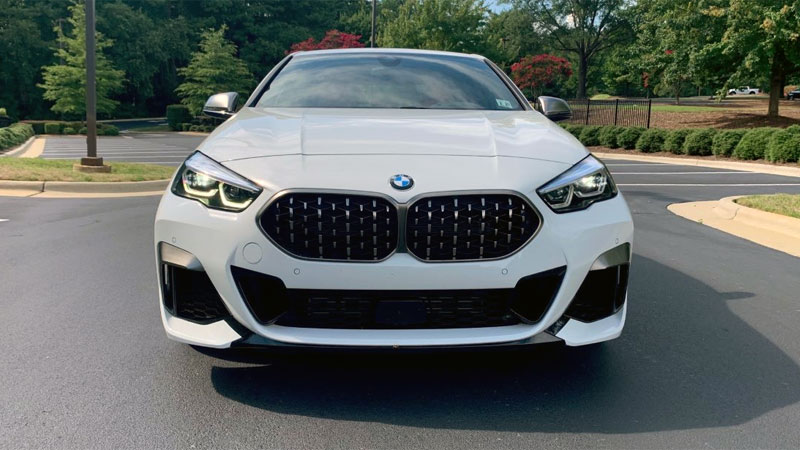 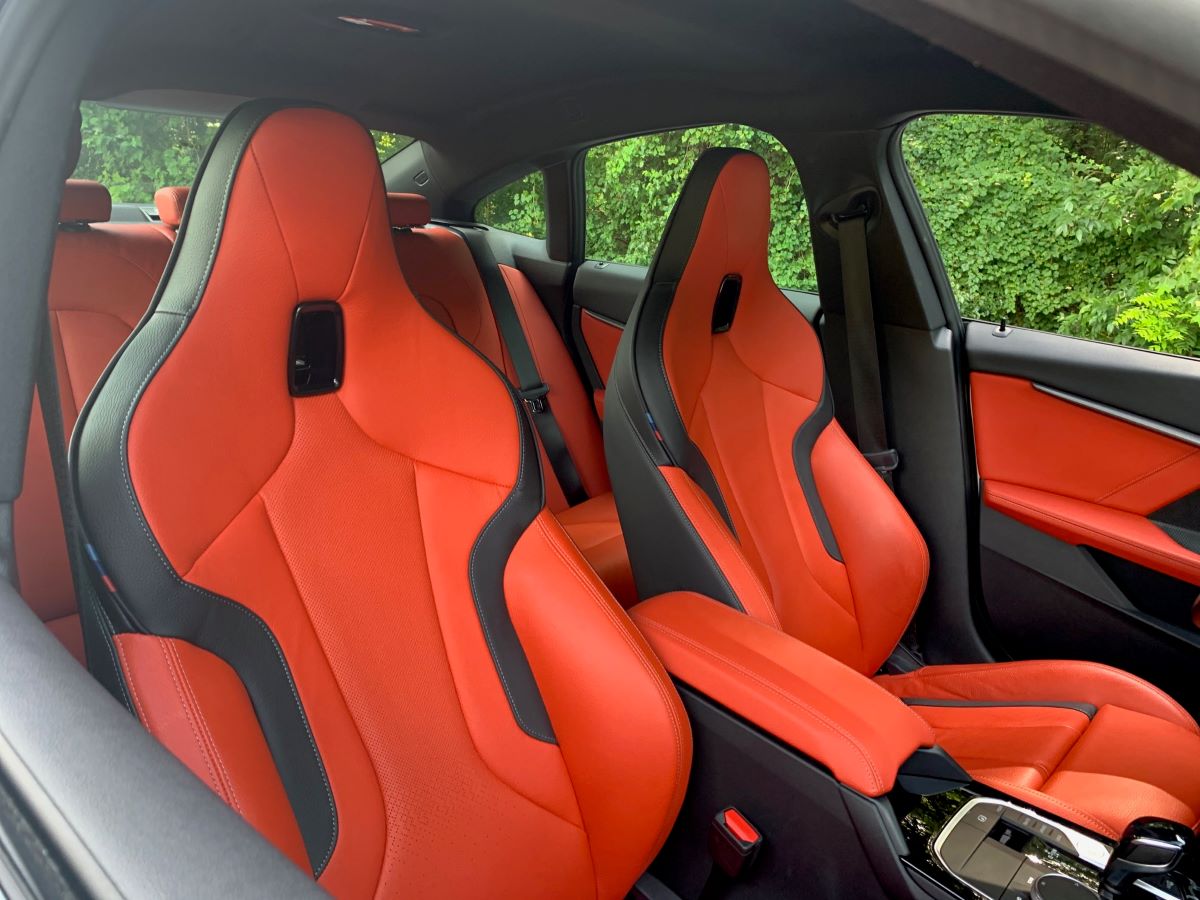 Let’s stop pretending the M235i is a coupe for a moment. Front-seat access/egress is what you expect. Open the rear doors and you better duck your head as the “coupe-like” fall of the roofline impacts the door design greatly.

The rear seat holds two with adequate shoulder, hip, and legroom. It does an admirable job on headroom for the average adult, but don’t forget getting in and out does come at some risk to your head getting whacked. 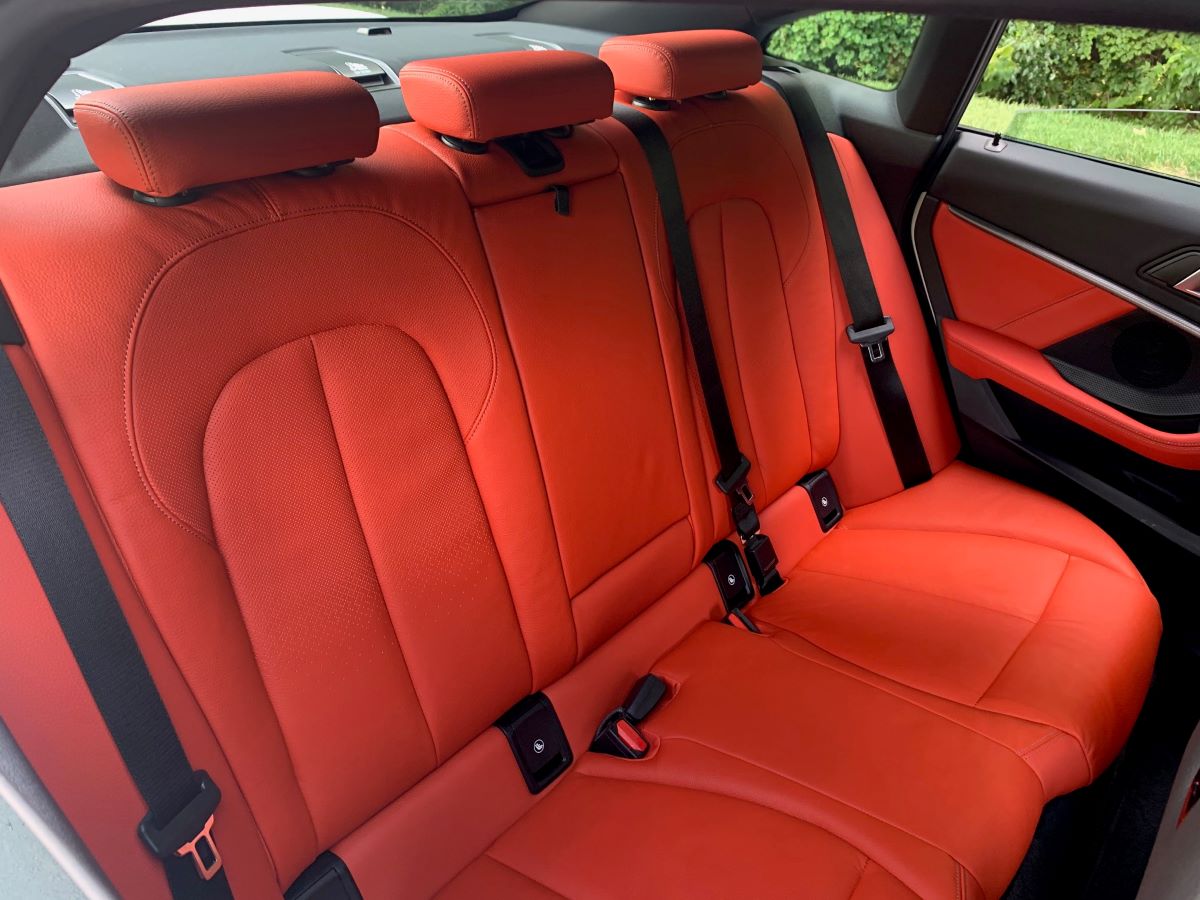 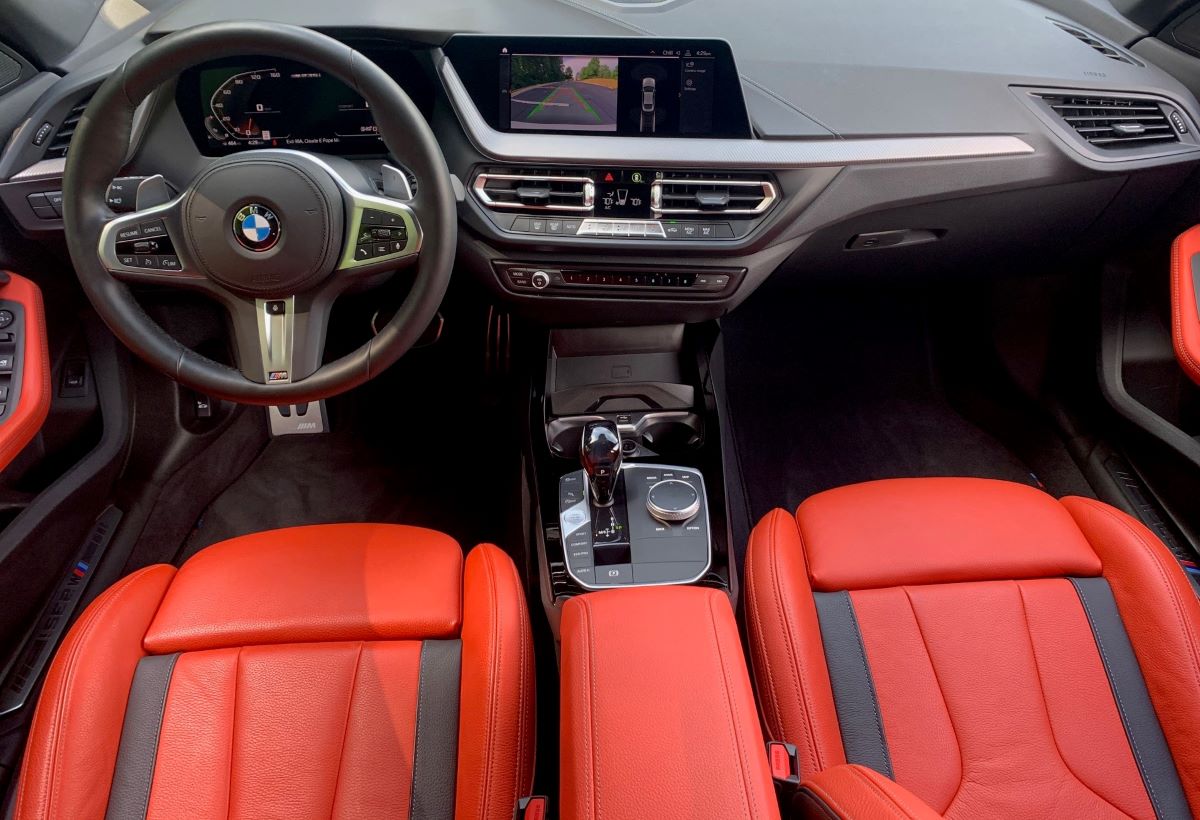 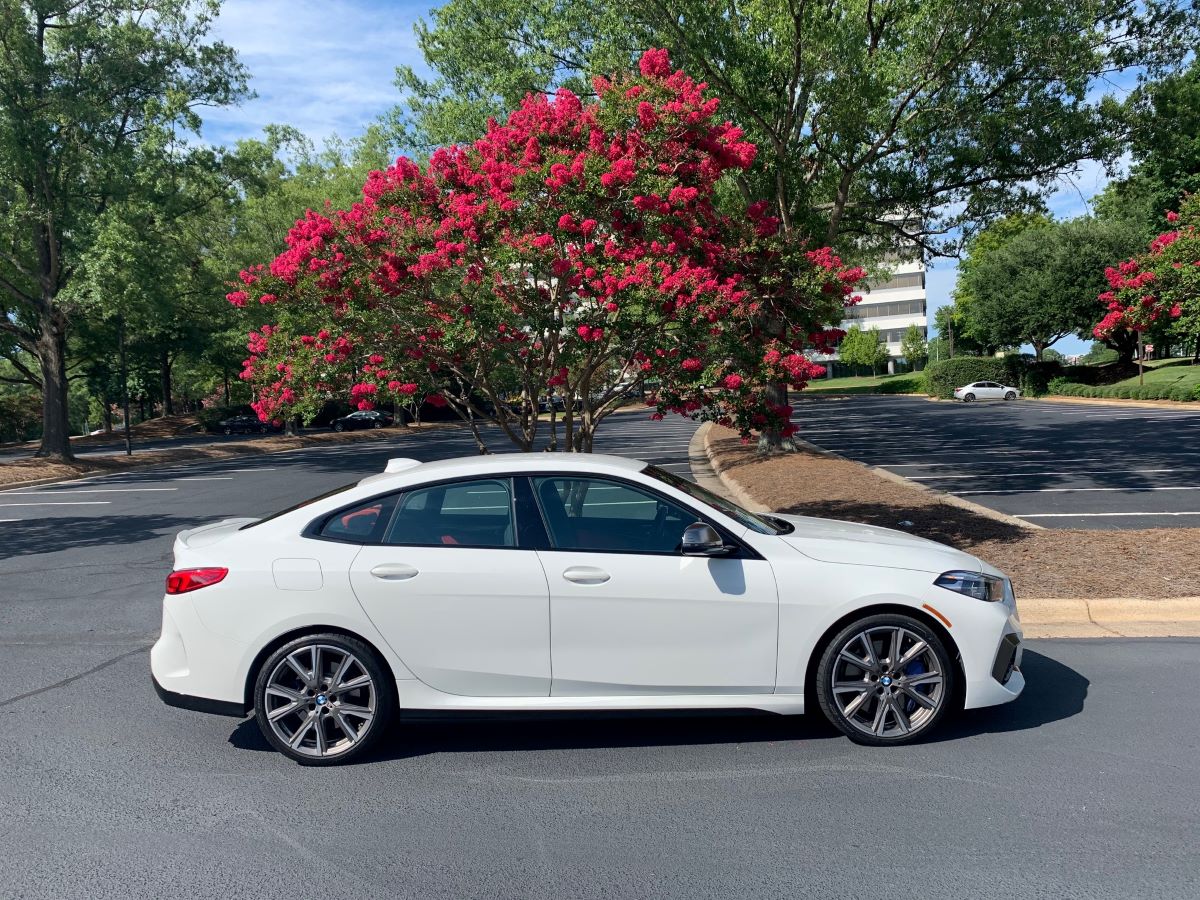 A transversely mounted 2.0-liter turbocharged four-cylinder engine powers the M235i. It’s the most powerful four-banger in BMW’s lineup, as it delivers a robust 301 horsepower and 331 pound-feet of torque. Notably, it outperforms many naturally aspirated V6 engines and offers more power than some V8s of the early 2000s.

With launch control activated, a 0-60 mph time of 4.6 seconds is possible – no wonder this four-door sports an “M” label. Power routes to the wheels utilizing an 8-speed automatic transmission.

On twisty roads, the M235i’s front-wheel-drive bias soon became evident. It handles most roads with ease, but a smidgen of body roll becomes evident while moving down any curvilinear byway.

The big giveaway comes when cornering – where the BMW-derived Supra simply moves in and pulls out of corners with little effort, you’ll feel the front end lean forward slightly in the M235i before it corrects itself as the grip of the rear wheels kicks in. You won’t find anything near a 50-50 weight distribution here. Instead, it comes in at 58.3 (front) to 41.7 (rear).

Direct competitors in this segment are few, but there are two worth considering. The Subaru WRX STI is one such model, even if it lacks a “luxury” appellation. This particular model handles very well and comes with a coveted 6-speed manual gearbox.

Another model to consider is the Mercedes CLA45 AMG. All three ride on front-wheel-drive platforms with standard all-wheel drive. 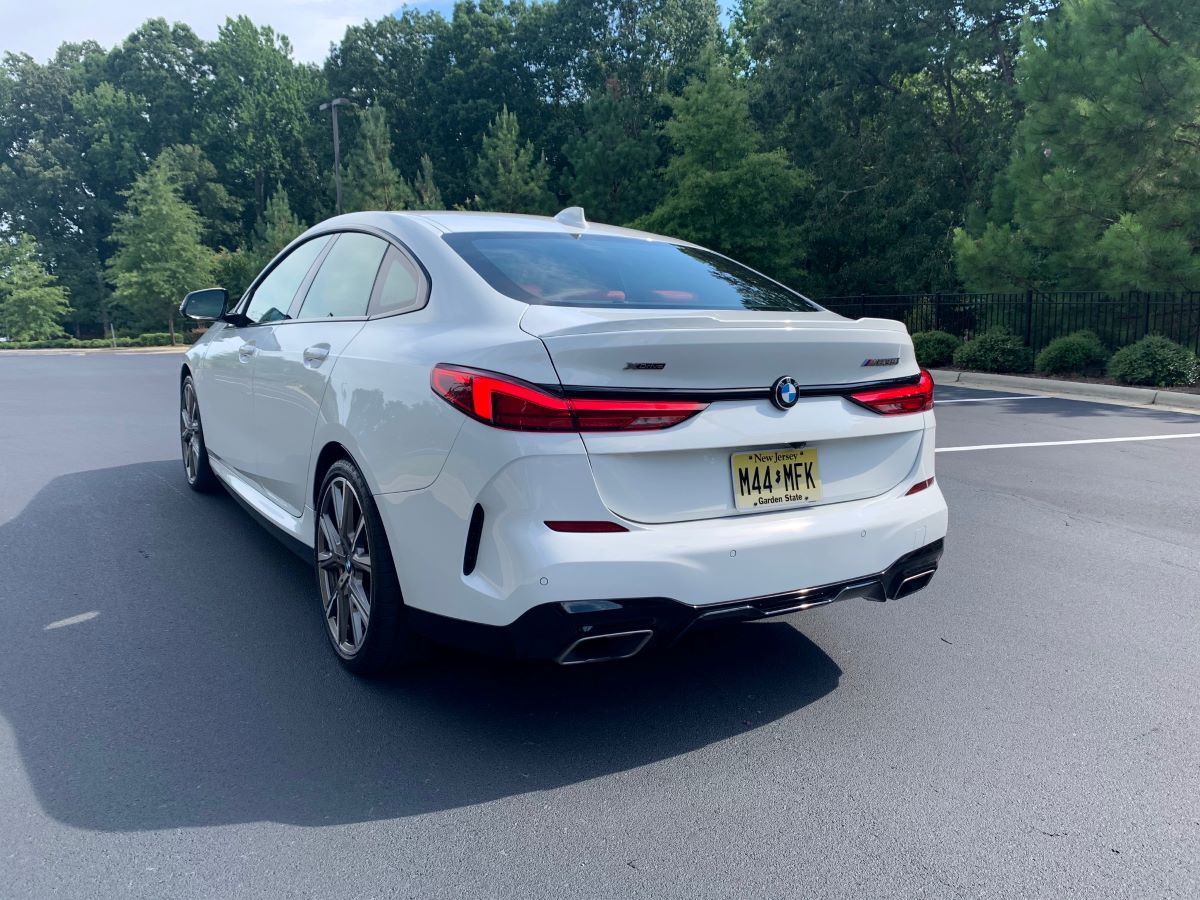 The BMW M235i xDrive Gran Coupe isn’t your typical BMW 2 Series, but that may not matter to anyone looking for a performance model. It performs well, delivers an exhilarating driving experience, and typically keeps the price below $50,000, which is reasonable for any BMW performance variant.