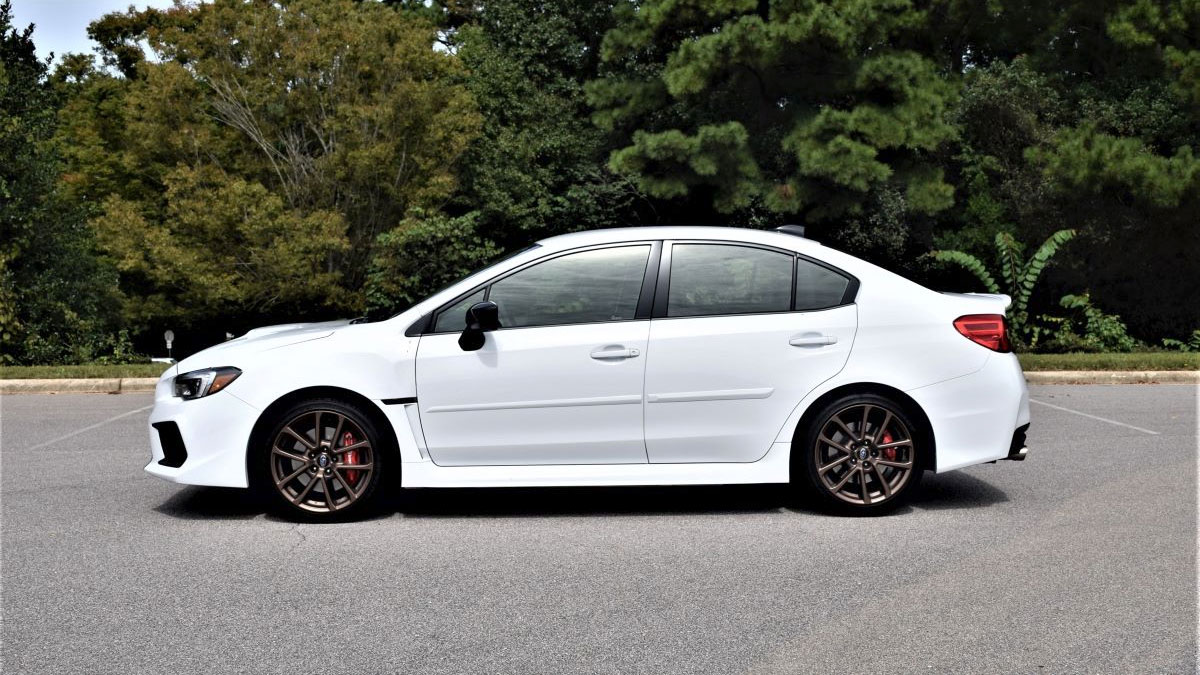 Our test “Series White” model is one of only 500 made. This one features a special Option Package ($4,200) comprised of various performance, exterior, and interior upgrades.

Also: bronze-finish 18-inch aluminum-alloy wheels, keyless entry with push-button start, an 8-way power driver’s seat, and black trim accents inside and outside highlight this package. Add in special molding and a rear bumper applique, and the total price was $35,290. 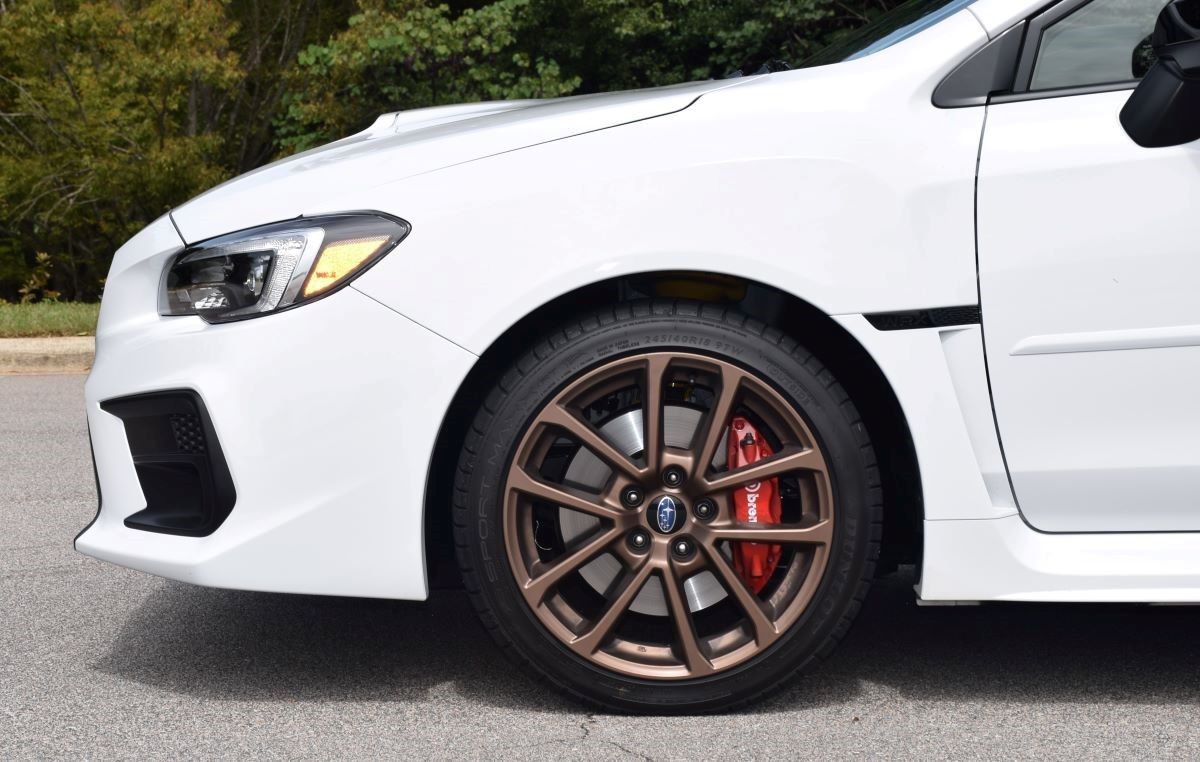 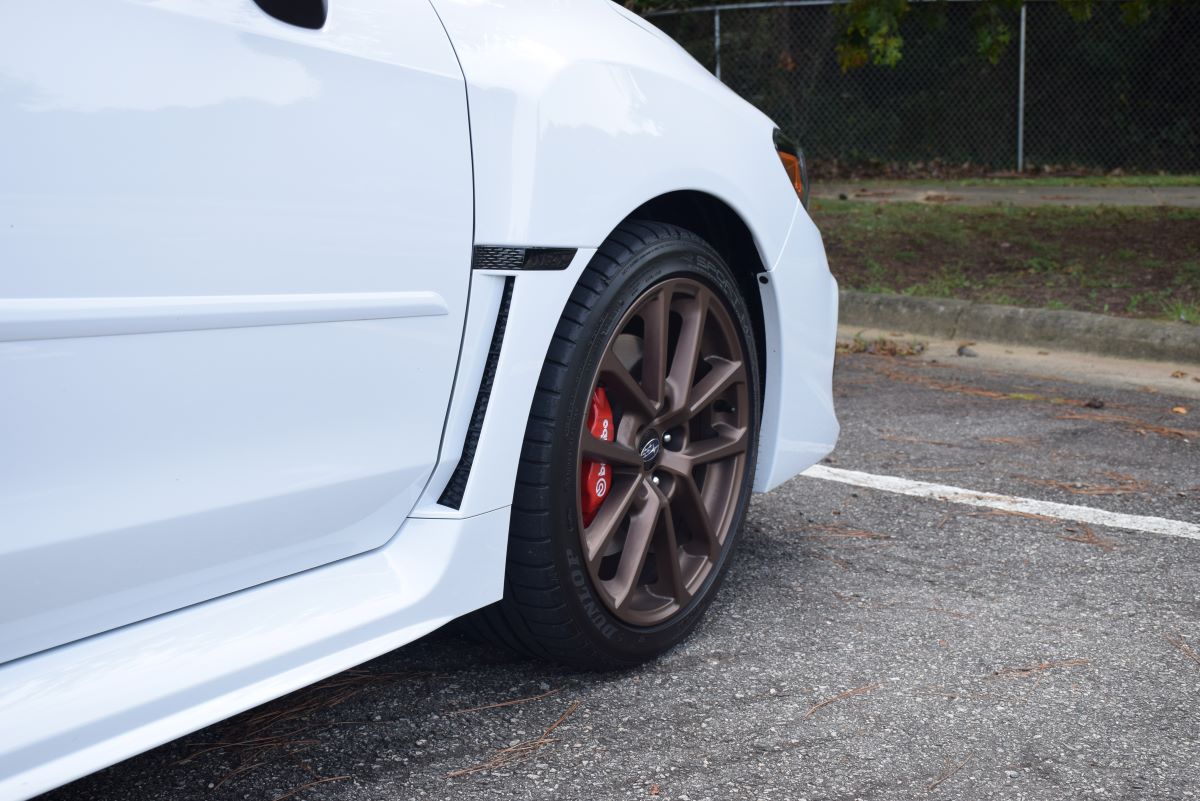 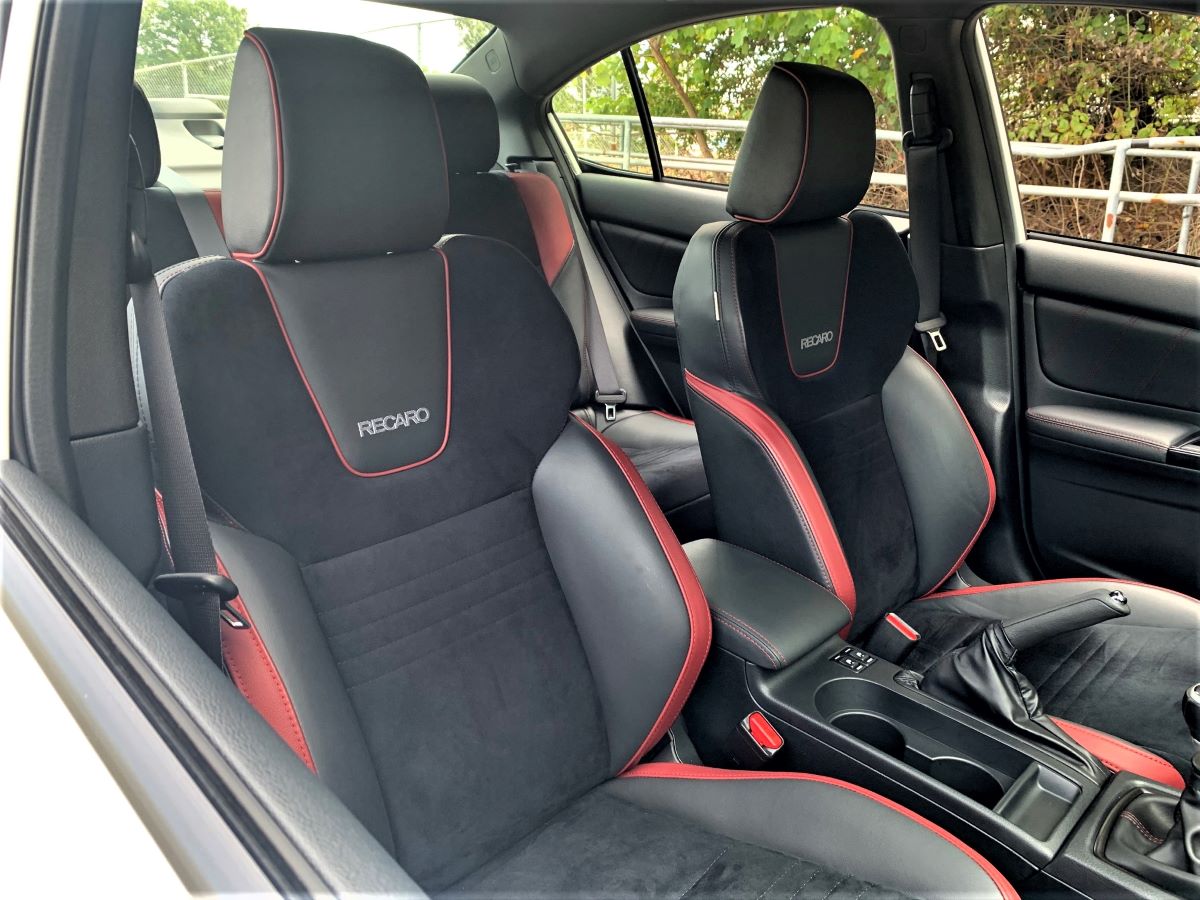 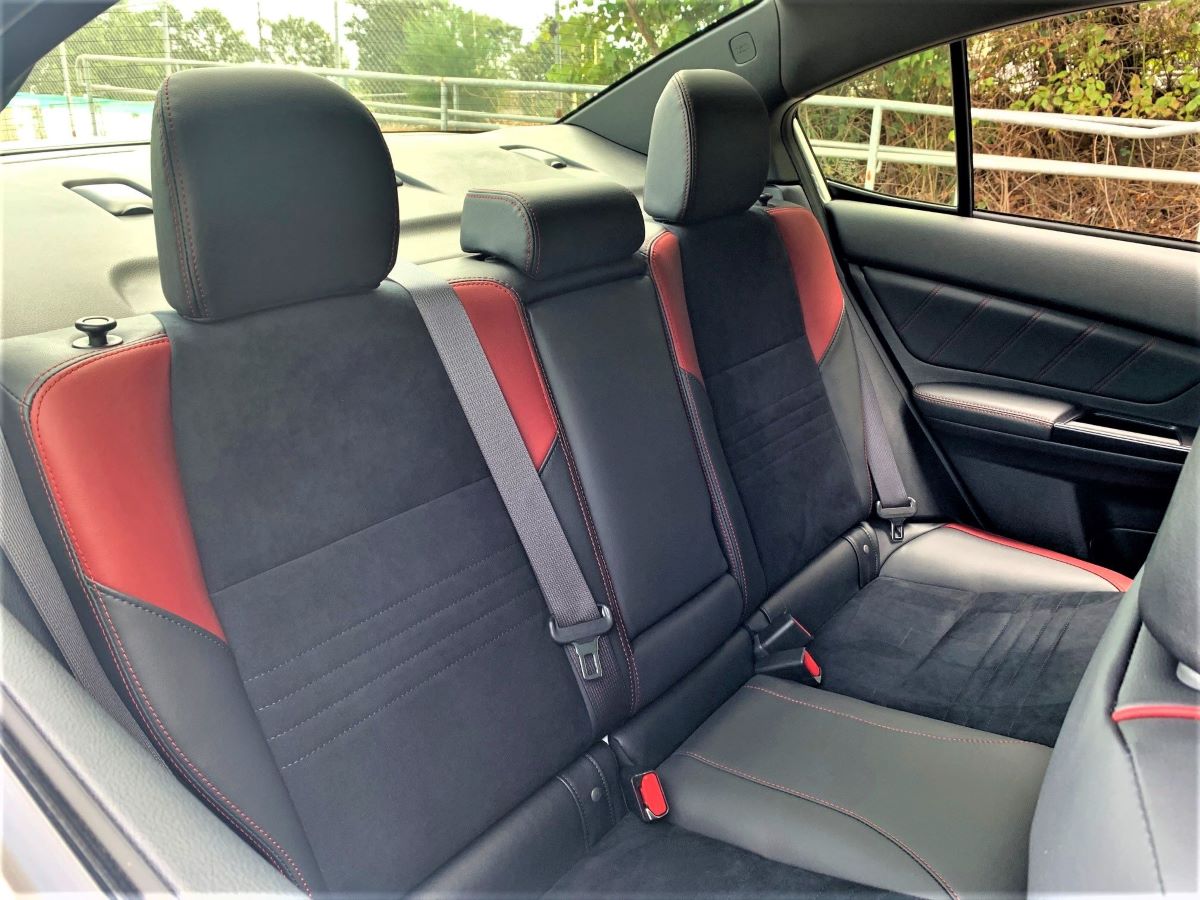 It’s almost as if Subaru wants customers to buy a WRX with a CVT as that’s where you’ll find its full suite of driver-assist technology. It’s called EyeSight Driver Assist Technology and it has adaptive cruise control, pre-collision braking, and lane departure and sway warning.

We’ve seen adaptive cruise control on models with a stick shift before – you just can’t include full stop and go as the driver must be fully engaged at that point.

Most of the other safety features are trim specific or are included with an options package. Specifically, blind-spot detection with lane change assist and rear cross-traffic alert, reverse automatic braking, and high-beam assist is a bundled option beginning with the WRX Limited.

Overall, the WRX is behind what some competitors offer or what most Subaru models supply. Perhaps when the next-generation WRX rolls out in a year or two we’ll see improvements in what’s offered. 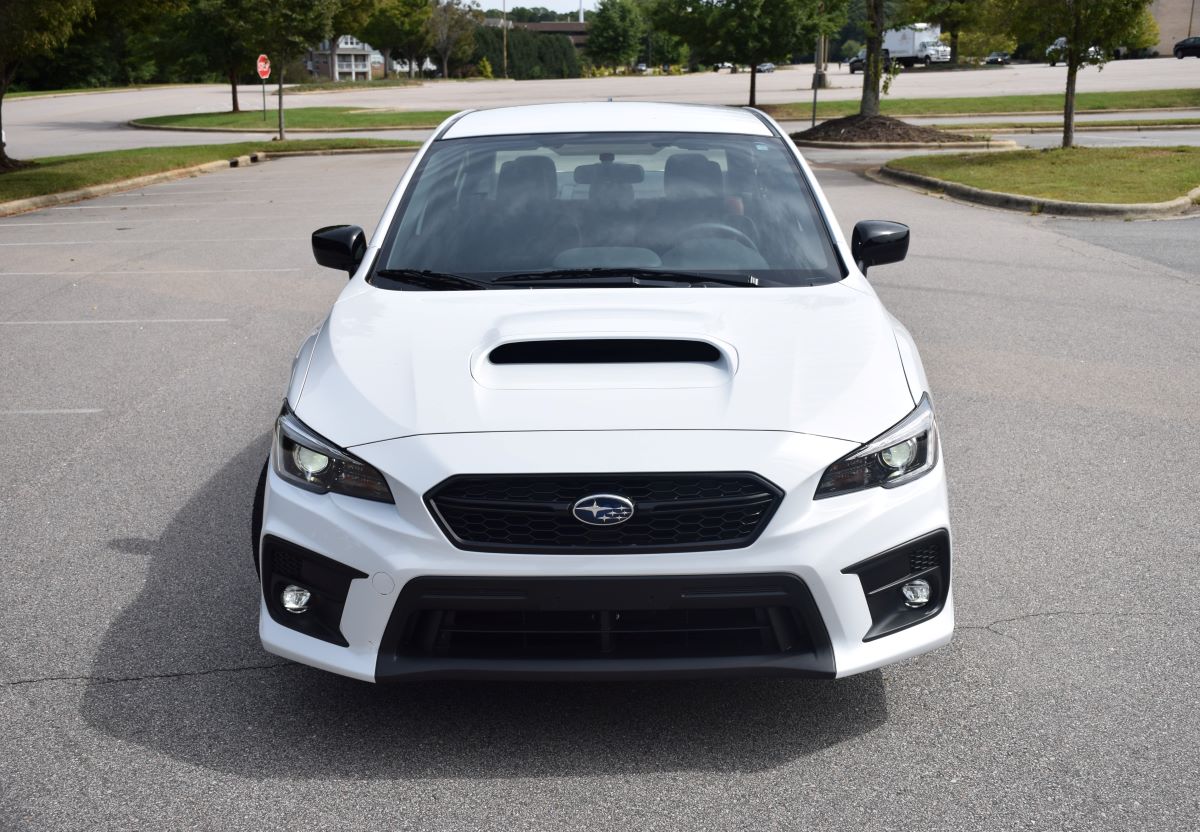 But the benefits don’t stop there, which makes us wonder why other manufacturers (besides Porsche) don’t use this “BOXER” design. Indeed, the BOXER sits lower in the engine bay, effectively lowering the center of gravity for improved drive and handling.

Further, the design ensures reduced vibration and better fuel efficiency. We think the answer to our wonderment has something to do with the vehicle’s architecture. Thus, Subaru designs its vehicles for the engine, not the other way around. 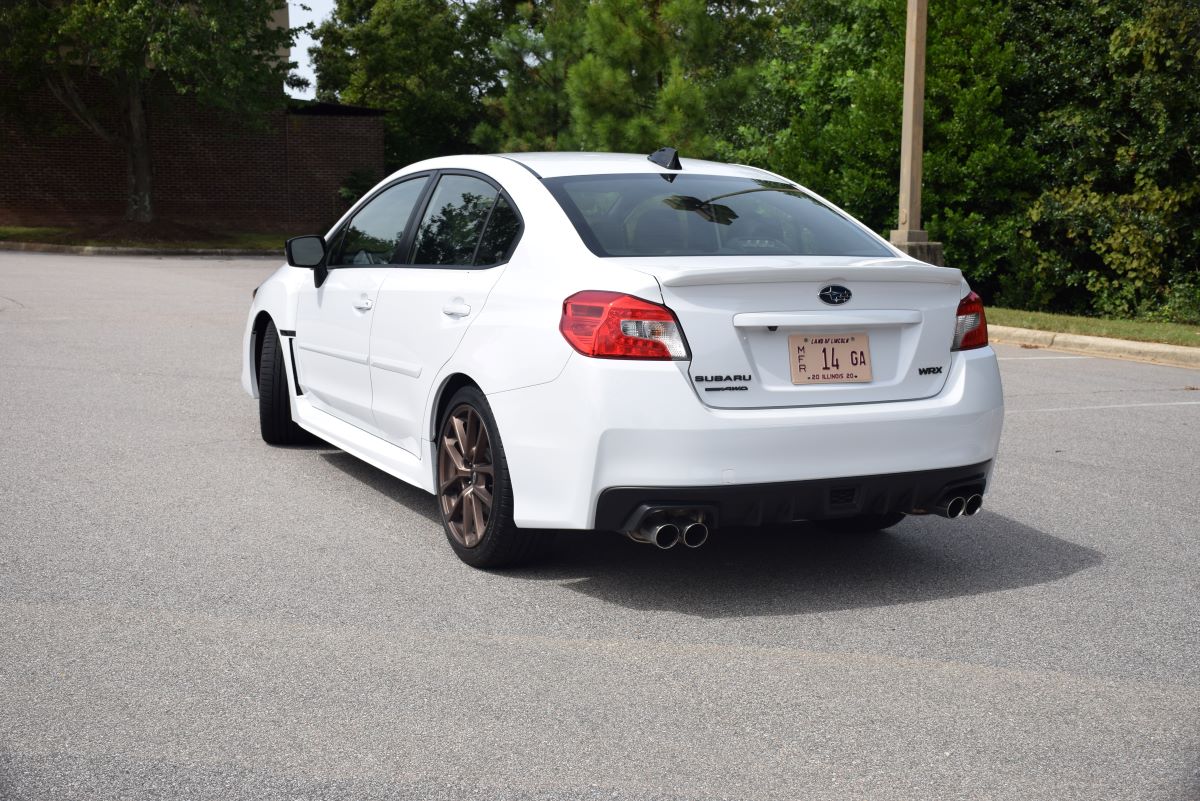 Kudos to Subaru for engineering a transmission with silky-smooth shifts and flawless clutch uptake. If you’re new to driving a manual, this one won’t intimidate you. Yes, you still must become accustomed to three-pedal foot action, but the experience should result in a reasonably pleasing driving time.

Moreover, the manual is far superior to the CVT and its simulated eight forward gears. To us, it is pointless to consider this vehicle with anything but the manual, even with the available safety features on tap.

Subaru imbues the WRX with all the driving characteristics expected in a performance model from direct and weighted steering, to poised handling, and with solid braking. What Subaru does that amplifies the experience is standard all-wheel drive.

Indeed, with such a system in place, power transfers to the rear wheels when you need it most, as in on slippery roads and when cornering. It’s an unfair advantage for rally car racing that Subaru exploits and one that benefits the driver.

From a dead stop and quickly moving up to 60 mph, the WRX reaches that speed in second or third gear, pushing the redline while pressing forward. A restrained engine roar and low exhaust moan are the accompaniment – other vehicles may have a more pronounced cacophony, but we weren’t about to complain.

Slamming on the brakes brought this sedan to a quick and short stop thanks to the Brembo braking system. In a car with this potency, the brakes should at least match the prowess of the powertrain. 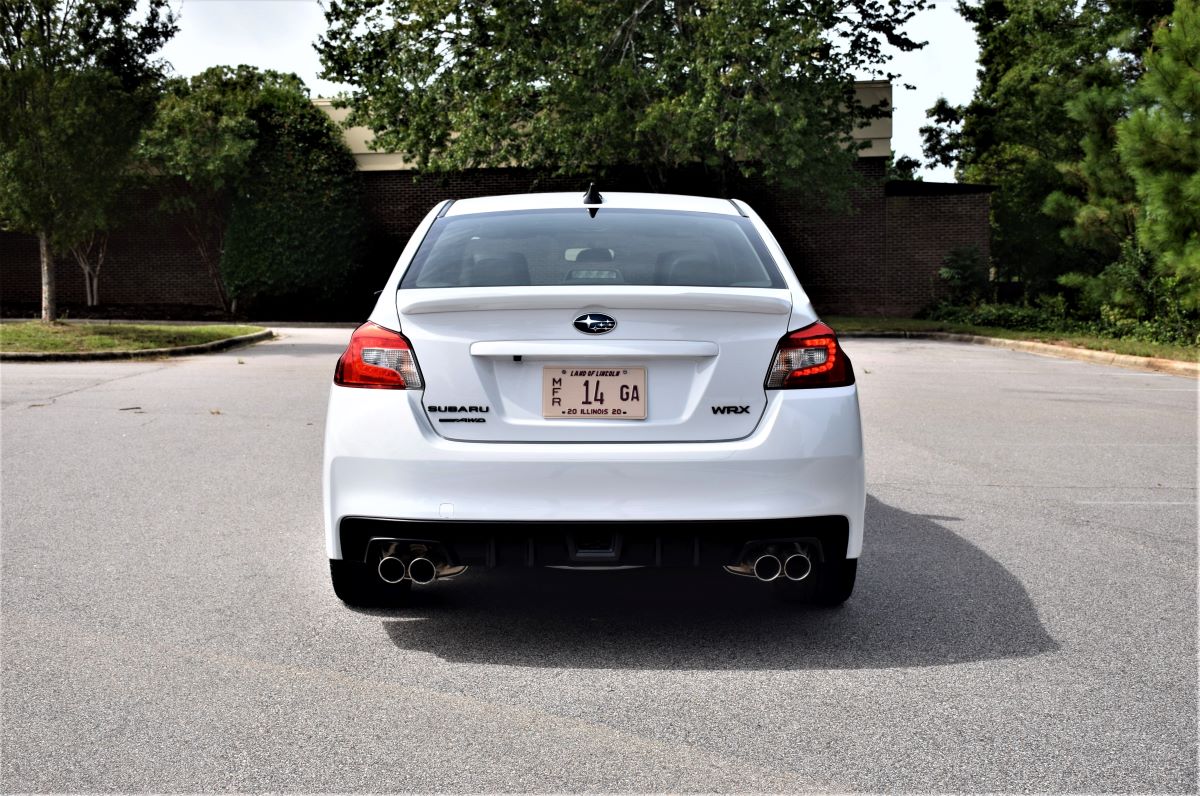 See Also – 10 Things We Like About the Subaru Legacy