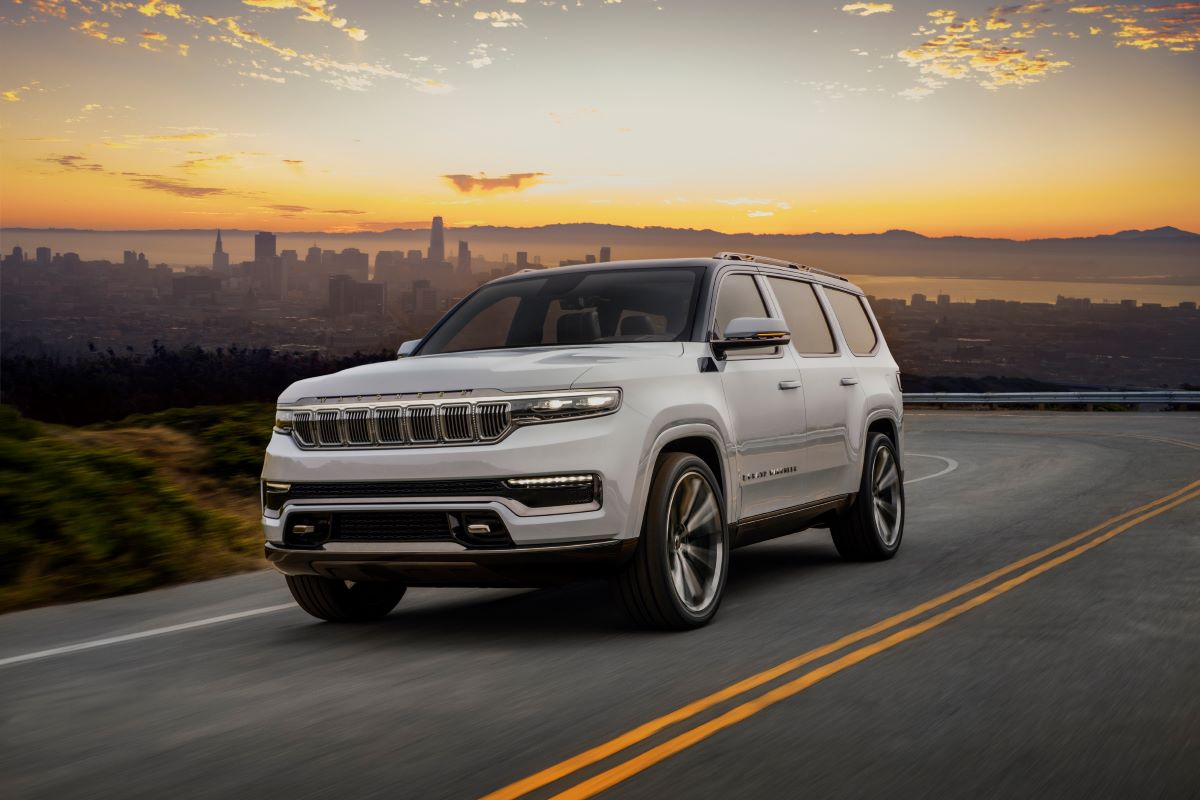 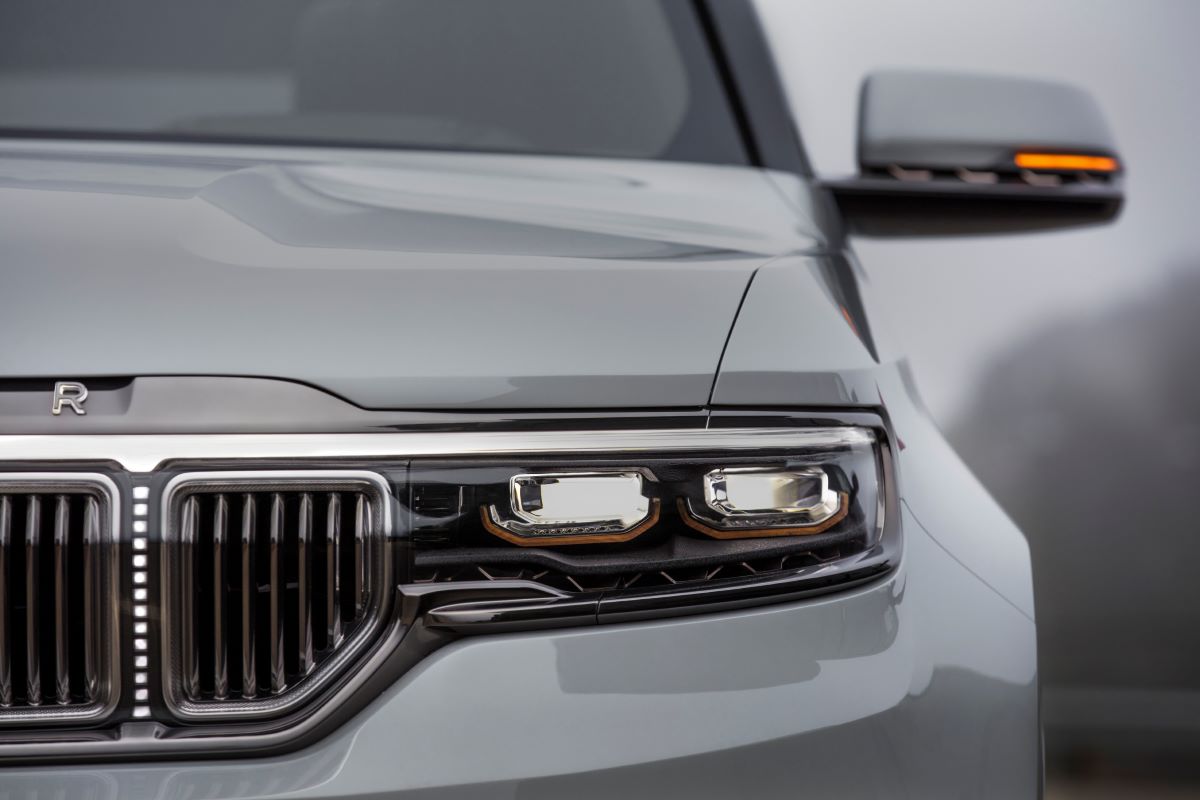 As with any concept, this one isn’t the production version, but we think it will be very close. The concept clearly demonstrates where Jeep is headed as the Wagoneer features an elegant grille, 24-inch polished wheels, a long greenhouse, and LED touches. 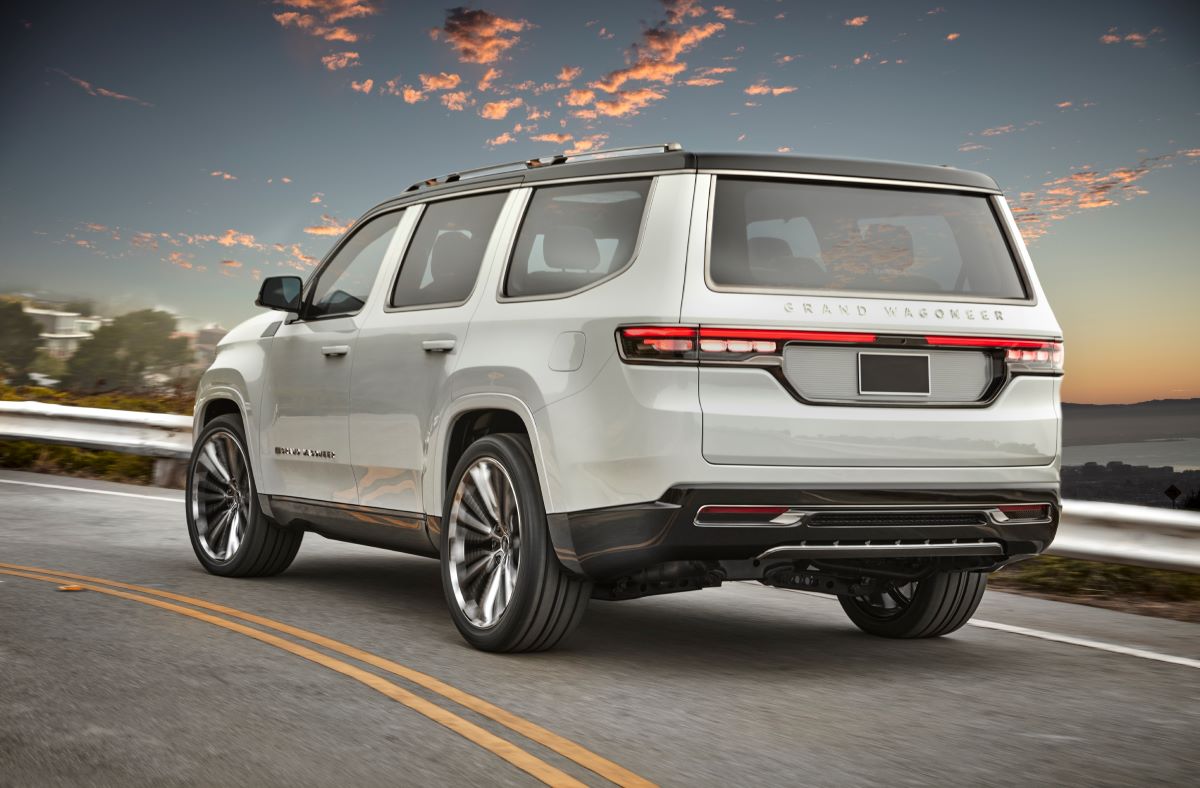 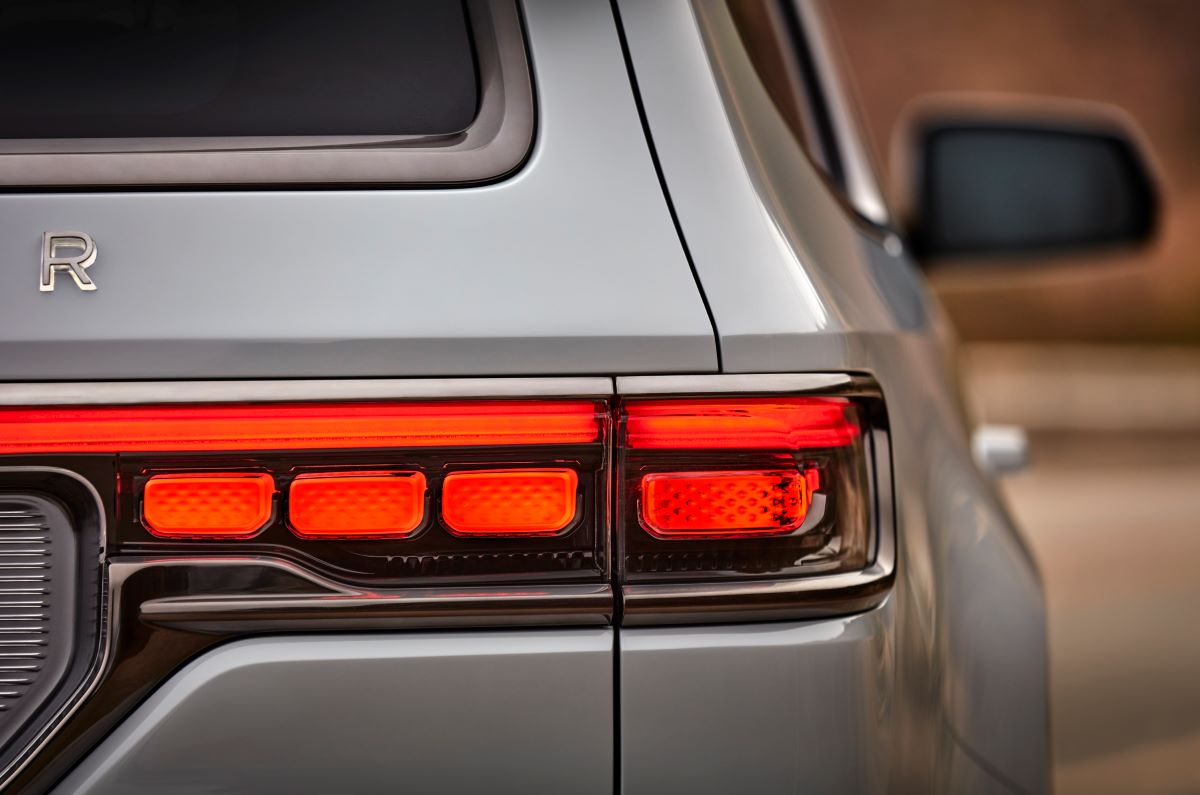 From Ram to Jeep

To develop the Wagoneer line, Jeep turned to Ram’s platform underpinning the Ram 1500 pickup truck (one difference is that the Jeep will not utilize the solid rear axle in the Ram, utilizing an independent rear suspension).

That body-on-frame platform is currently without an SUV variant, unlike GM and Ford who have built various large SUVs for the Cadillac, Chevrolet, GMC, Ford, and Lincoln brands. As such, the Wagoneer should start somewhere above $60,000 and top $100,000 in its fully loaded Grand Wagoneer guise. A mid-2021 debut is likely with the company’s Warren, Michigan, plant producing the new models. 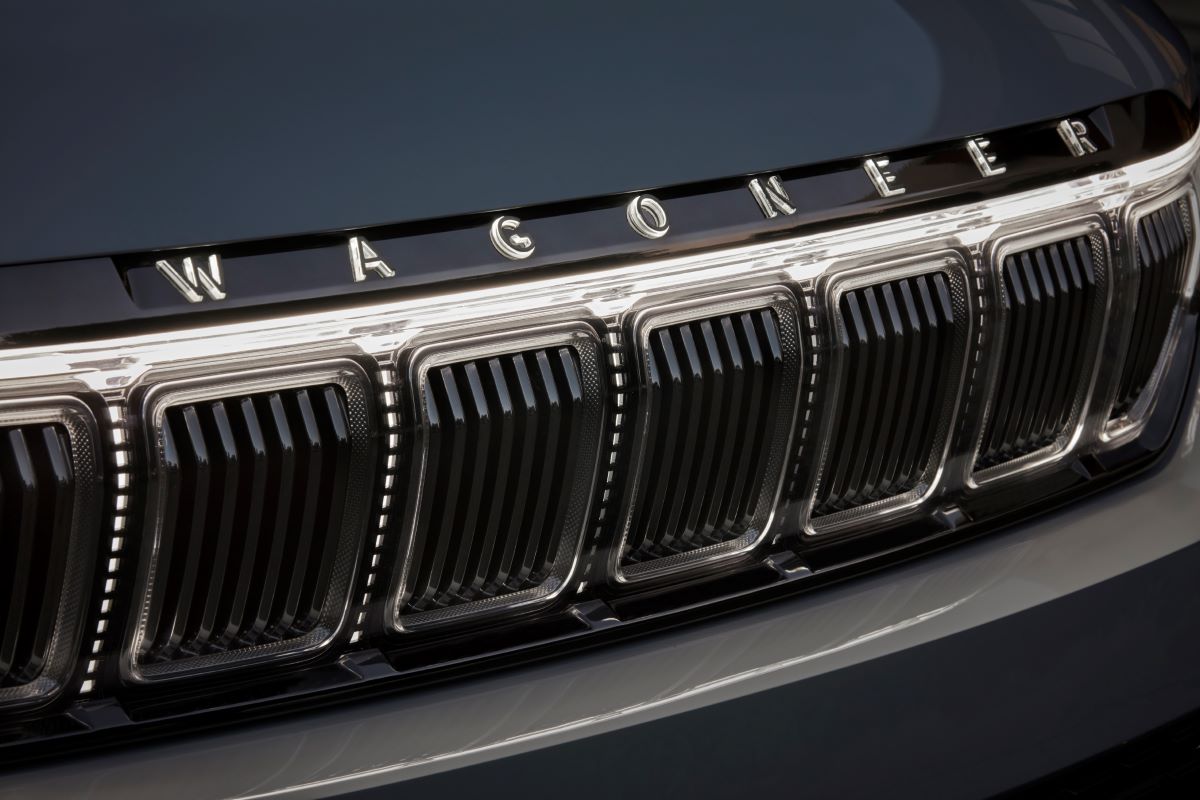 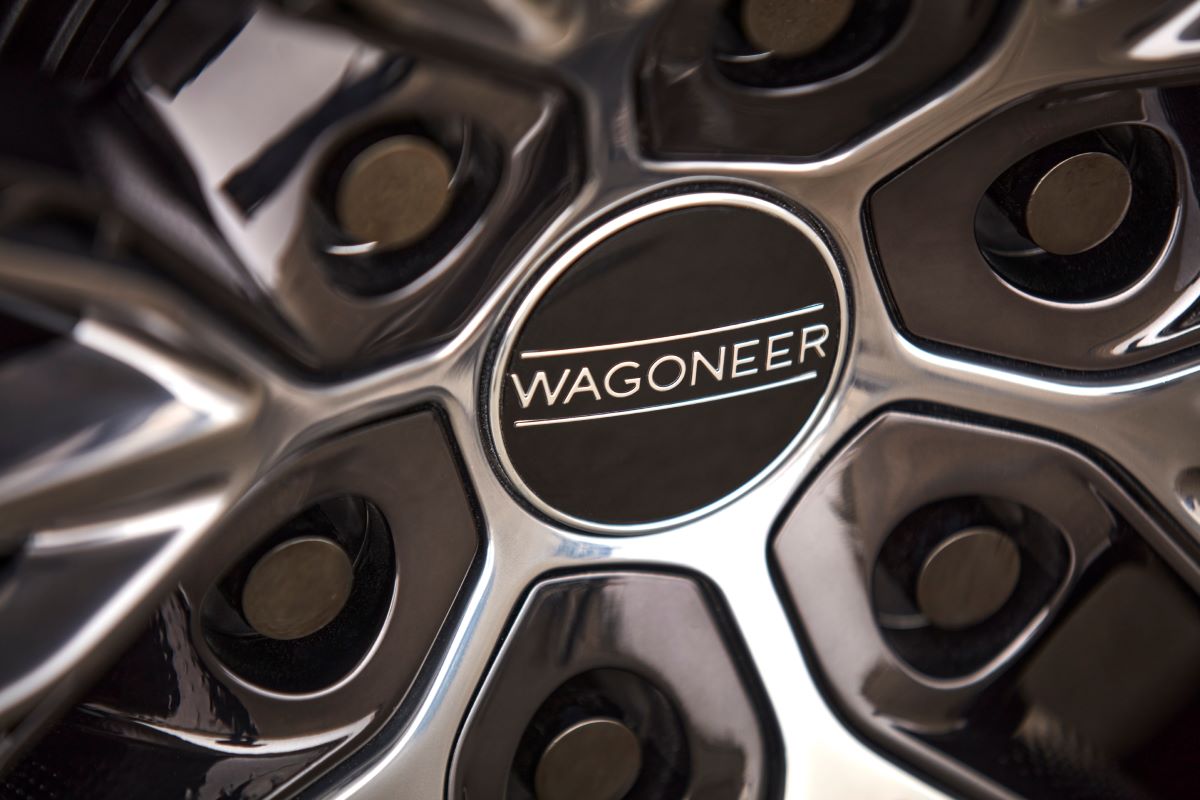 Jeep did not reveal the Grand Wagoneer’s dimensions, but many of the other details are apparent, including the wood and leather interior, a digital display cluster, upper and lower infotainment screens, a front passenger screen, and additional screens for rear-seat climate control and infotainment. Further, the upscale Jeep will earn the company’s latest infotainment software, Uconnect 5. 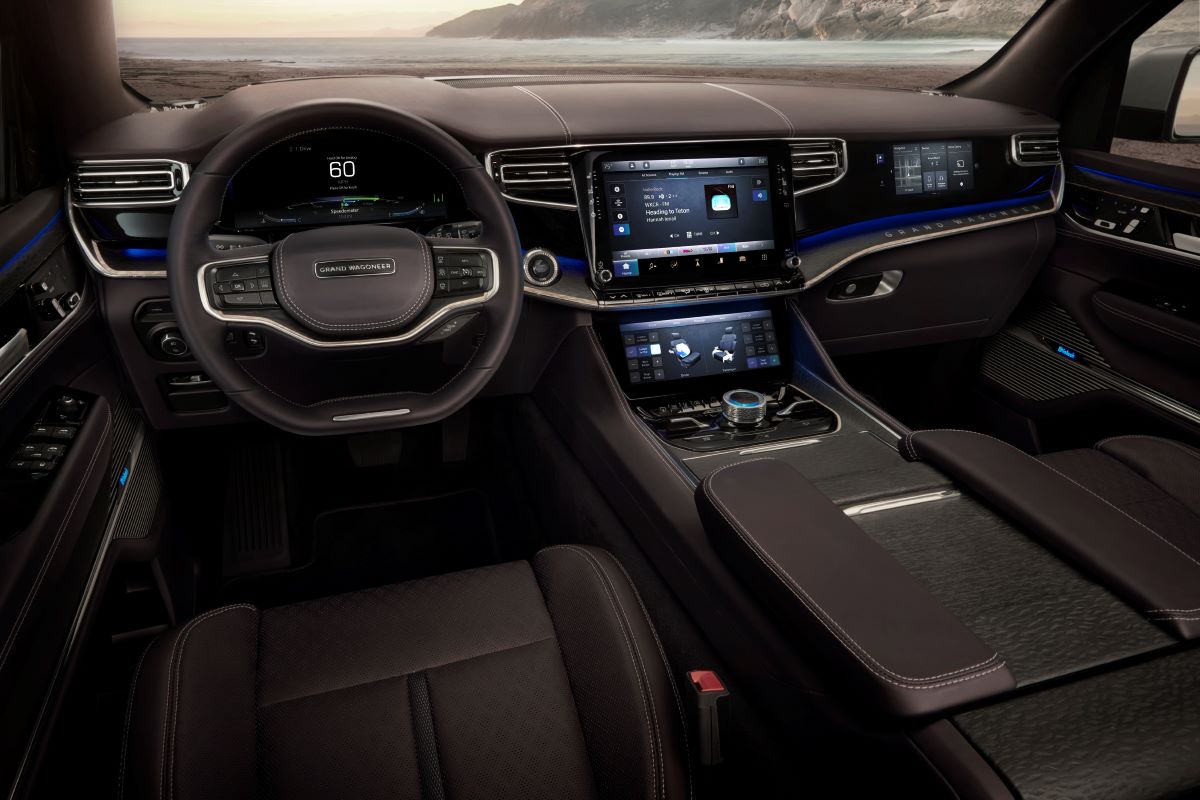 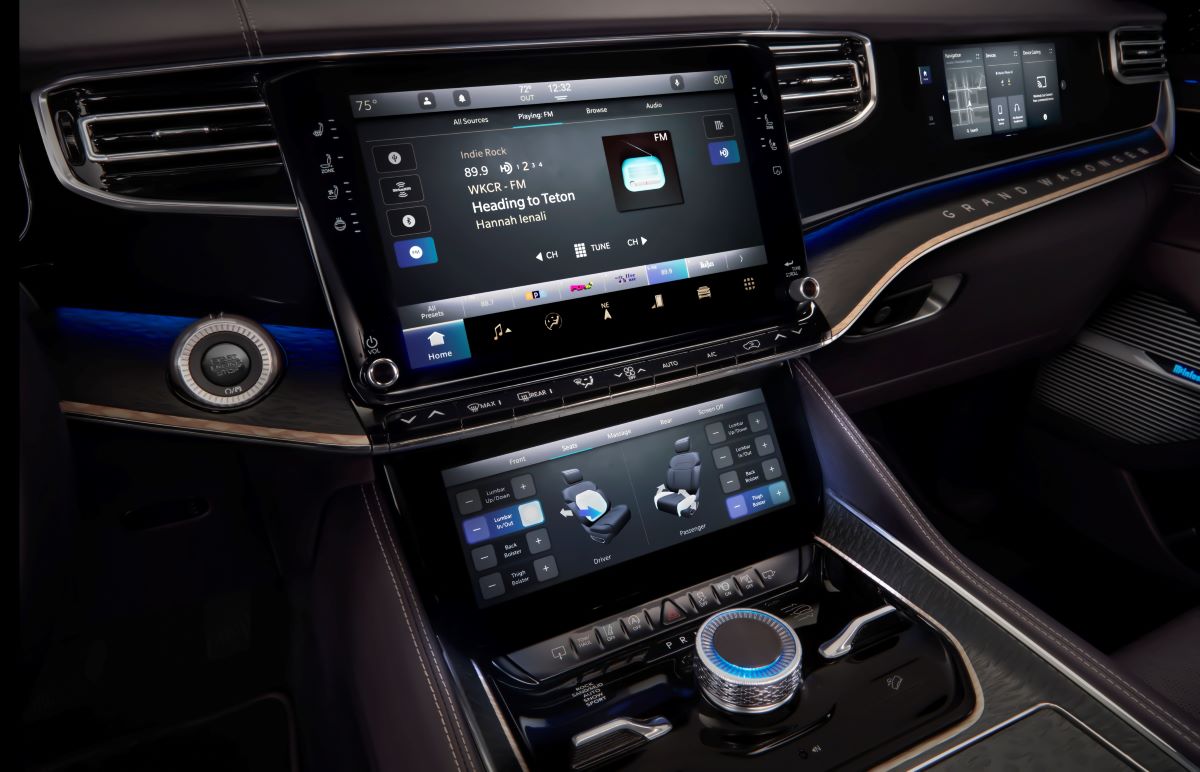 This will be the first three-row Wagoneer model. The concept shows a model with room for as many as seven occupants with first- and second-row captain’s chairs and a third-row bench seat.

Quite possibly an 8-row variant will be offered with a bench seat replacing the middle-row thrones. In any case, Jeep is touting this SUV’s interior room, luxury elements, and amenities. 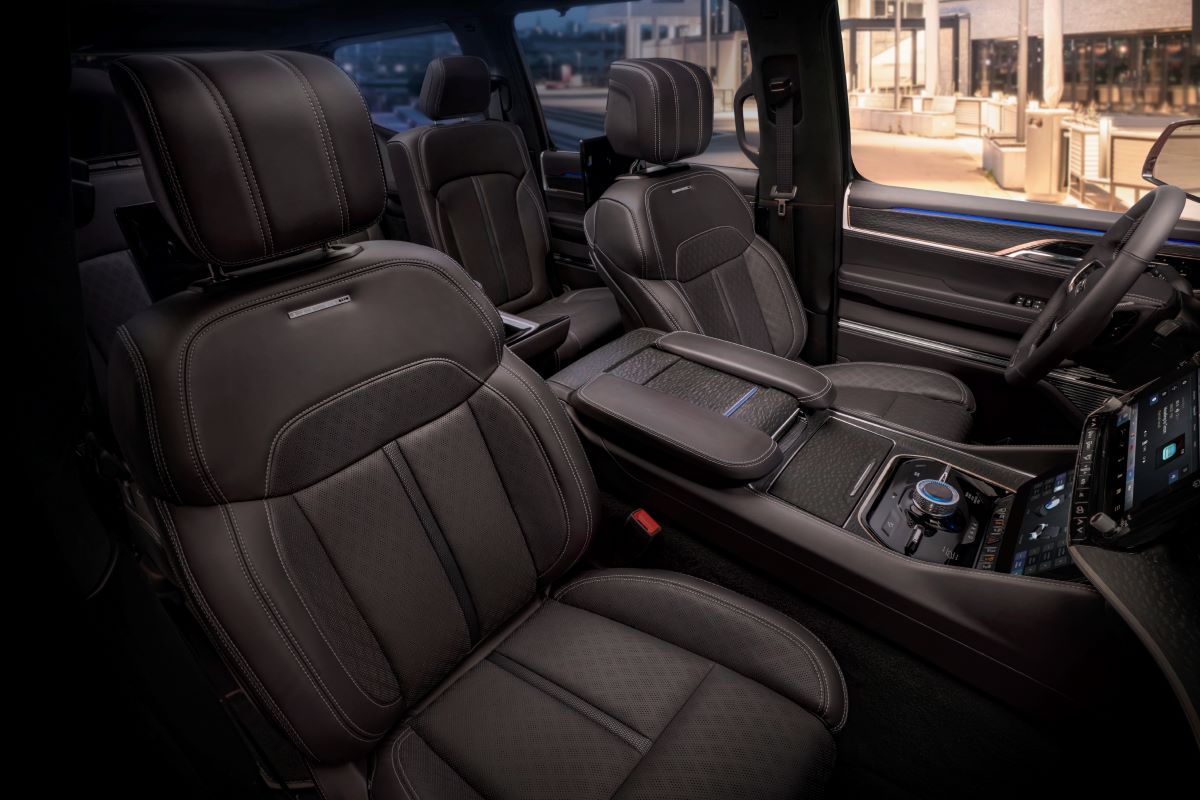 We don’t know everything about the various powertrains on tap, but the concept is a plug-in hybrid electric vehicle. Jeep intends to push electrification across the brand, using the concept’s reveal as an opportunity to debut the Wrangler 4Xe, which is also a PHEV. These models follow the Renegade and Compass hybrids already on sale across Europe.

The gas engines in the hybrid fold will likely include the 3.6-liter V6 and the 5.7-liter V8 used by Ram. Quite possibly the turbo-diesel 3.0-liter V6 will also find a place. All three engines work with an 8-speed automatic transmission.

The Grand Wagoneer comes with standard four-wheel drive. Notably, Jeep says it will offer three distinct four-by-four systems and supply an optional air suspension. Thus, the Grand Wagoneer is poised to travel places few big SUVs dare to go. Whether buyers would do so is another matter, but simply having that capability will give Jeep a leg-up in a competitive segment. 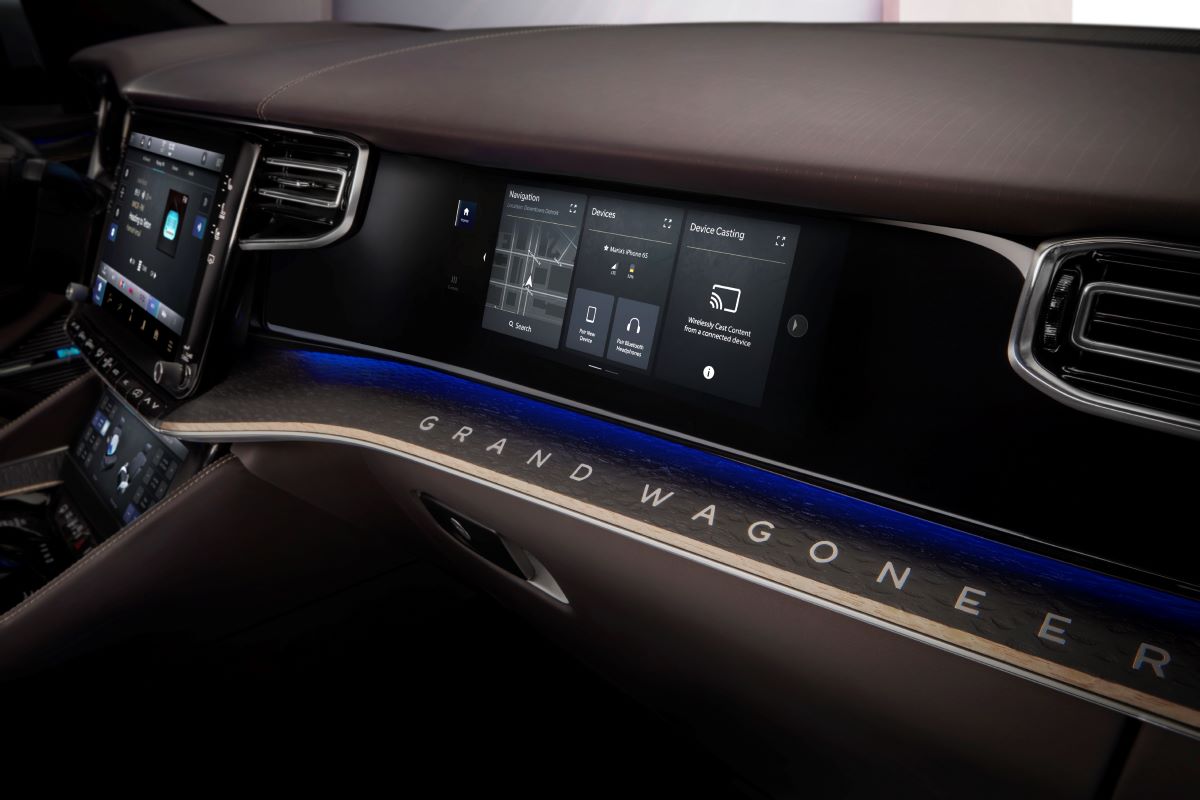 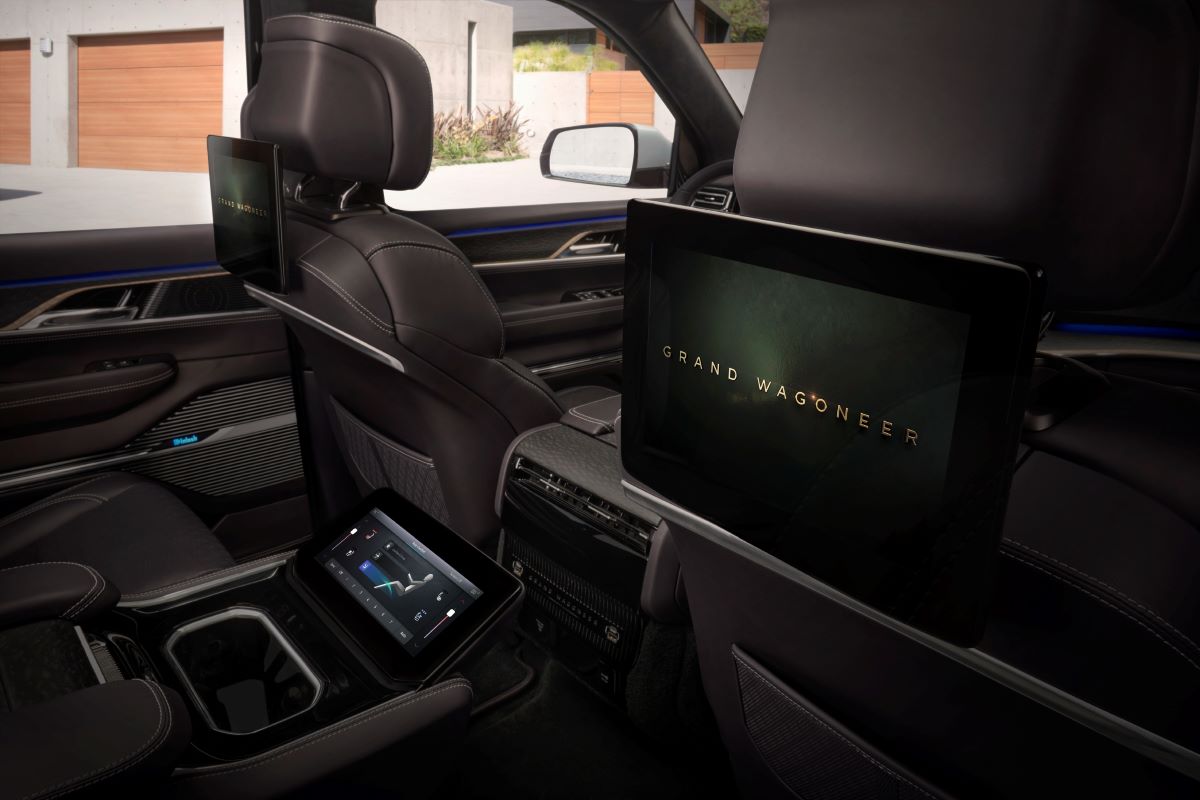 Jeep launched the first Wagoneer in 1962 for the 1963 model year. It was the first four-wheel-drive vehicle paired with an automatic transmission, effectively pioneering the modern SUV movement.

In 1984, Jeep rolled out the Grand Wagoneer, introducing leather upholstery, air conditioning, AM/FM/CB stereo systems, and extra insulation to deaden sound. These “premium” touches paved the way for competitors to follow, with many not joining the fray until early this century.

With the Wagoneer set to return in various guises, the Jeep brand should easily build on the momentum that has advanced this marque over the past decade. Once the pandemic passes and sales activity returns to normal, Jeep should sell more than 1 million units annually stateside with at least double that globally.

We think the Grand Wagoneer is a welcome addition to the Jeep line, although we’ve been disappointed that Ram never took advantage to build its own modern big SUV. 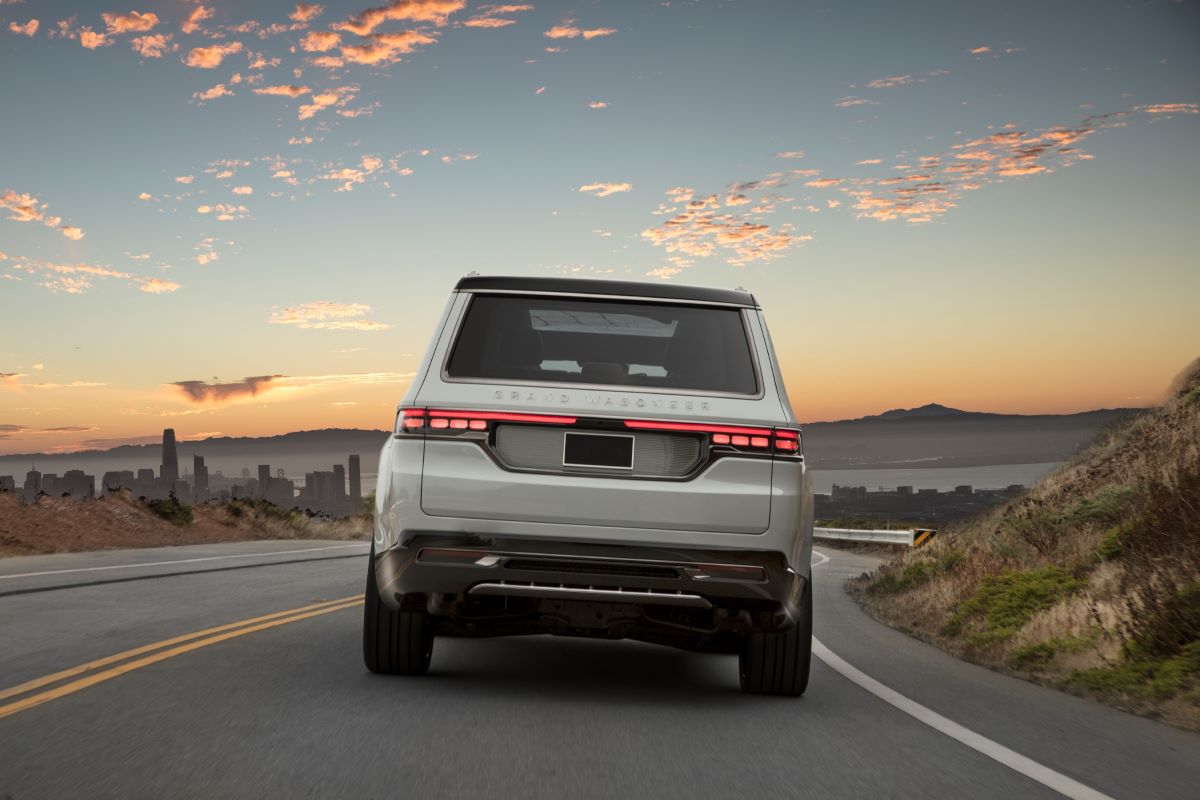