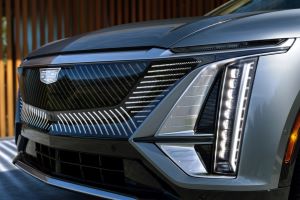 The Celestiq in one of several all-electric models planned for Cadillac.

GM, much as nearly every other major vehicle manufacturer has planned, promises to embrace electrification in a big way. This comes from a company that built the all-electric EV-1 in the 1990s, effectively launching the modern electric car era.

Those EV-1 models were later retrieved by GM and crushed, a peculiar move that simply delayed the company’s electrification plans. But the delay was just that as by 2011 the Chevrolet Volt PHEV rolled out, followed six years later by the all-electric Chevrolet Bolt. These two models underscored the company’s seriousness about finally embracing electrification. And with tens of billions of dollars in additional investments promised, the company is making good on its plans.

The GMC Hummer EV debuts this year, followed by likely dozens of additional models for the Cadillac, Buick, GMC, and Chevrolet brands. Cadillac will follow GMC with its first all-electric model when the 2023 Lyriq utility vehicle debuts in 2022. Take note of the new name as every new electric Cadillac model will end in “iq,” which represents this marque’s electrification branding.

But if you are thinking that Cadillac will soon abandon sedans, rest assured it will not. Its current players are the CT4 and CT5, delicious entries especially in V-Series and Blackwing garb. Both models, though, are in their last hurrah: chances are they will not be around once the current generation expires in about five to six years.

Exactly what Cadillac has in mind beyond the Lyriq is not clear, other than we know the Celestiq name will be used. In March 2020, just ahead of the nationwide COVID-19 shutdown, GM introduced a bevy of all-electric models, then hinted at one more: a full-size sedan with design elements rivalling the luscious Jaguar XJ.

However, no pictures were available. Further, GM was quiet about the project, although there is some indication it will tap the Escala concept for the Celestiq’s design. The Escala was a Pebble Beach Concours d’Elegance conceptual beauty in 2016. Indeed, it stirred so much attention for the brand, that it was rumored it would slot above the CT6 in the brand’s sedan family. Alas, the CT6 is no more, but Cadillac’s aspirations for a flagship sedan seem alive.

There are some facts we can safely assume about the Celestiq.

First, it will be a limited-production model, keeping in line with the BMW 7-Series, Mercedes-Benz S-Class, Lexus LS, and the Jaguar XJ. Demand for big sedans, particularly luxury models, is quite small anyway, so we anticipate just a few thousand units built annually.

Second, as is the case with every GM electric model arriving over the next few years, the Celestiq will ride on the automaker’s Ultium battery architecture. This in-house drivetrain will spawn models for Honda and Acura as well. Fully customizable, we expect it will underpin nearly every non-truck model.

Third, the Celestiq will emphasize individual comfort over its passenger-carrying capabilities. We have seen large electric sedans, such as the Tesla Model S, offer room for five. The Celestiq will be larger than the Model S, but we are thinking a 2+2 seating arrangement matching the Mercedes-Maybach is in order.

Fourth, speaking about the $160,000 Mercedes-Maybach, will the Celestiq be similarly priced? That is the big unknown, but we can almost guarantee that the electric Cadillac will start above $100,000. That’s a price point already reached by some versions of the Escalade, so we know a customer base already exists. Cadillac, which once touted itself as “the standard of the world,” is seeking to reclaim some of its past luster. It can do that with a handcrafted Celestiq wrapped in the finest materials and outfitted with cutting-edge technologies and safety features.

The Future is Electric

Finally, just as “Hummer” becomes the electric halo for the GMC brand, a model such as the Celestiq may do likewise for Cadillac. As for the brand’s other models, a gradual transition to full electric seems likely. But the proof will rest in the Ultium batteries and the potential to deliver upwards of 500 miles of all-electric range.

5 thoughts on “About the Electric Cadillac Celestiq”