Kia is a Korean automotive brand that manufactures vehicles of all shapes and sizes. One such car in their roster is the Kia Cerato that has been in production since 2003. In America, the same car is called the Kia Forte, while in Europe, it is known as the Kia Ceed.

It is a compact vehicle that is available in hatchback, coupe, and sedan body styles in most markets. Interestingly, you can buy one in all the habitable continents of the world, which might make you wonder about its success. Well, the Kia Cerato is a highly popular car, and it has made a name for itself thanks to its reliability, good looks, and features.

Kia introduced it not too long ago, and now the vehicle is in its fourth generation. The company is trying to further increase its market share by introducing it in new markets like Pakistan.

The Kia Cerato is a 21st-century car, and as such, it is based on a modern design DNA. However, in 2003, when the first generation launched, many enthusiasts were skeptical about the car’s aesthetics. The Cerato looked like a regular sedan that wouldn’t raise any eyebrows when it passed down the street. Kia was adamant about changing that image with the facelift. As a result, the Kia Cerato R was introduced, and fans took a sigh of relief, thinking the Korean brand was taking the right steps to modify the bland exterior looks.

The second generation was much better, with the sedan and hatchback getting some aggressive styling. The front-end and the rear-end were revamped to showcase a more dominant look. It wasn’t long before people started falling in love with the new Kia Cerato. The company observed an increase in sales, especially in Asian markets.

Kia was competing against the likes of Toyota and Honda. Both of these brands had cars like the Toyota Corolla and the Honda Civic in contention. So, to beat them, Kia had to come up with a clever strategy.

Kia’s intentions became clear when they displayed the third-generation Kia Cerato. The car got a complete redesign to bring it on par with its competition. The front grille, the headlights, and the dominating front bumper made things interesting. The coupe variant looked even better.

Now, the Kia Cerato is in its fourth generation. And this time one is also an improved version of the one before. The car has sleeker lights, more aggressive cuts, and lines, along with must-have features. It is clear that Kia is here to dominate and possibly overtake the sedan segment, especially in certain emerging markets. They have their best chance with the Kia Cerato, owing to its good looks and popularity. 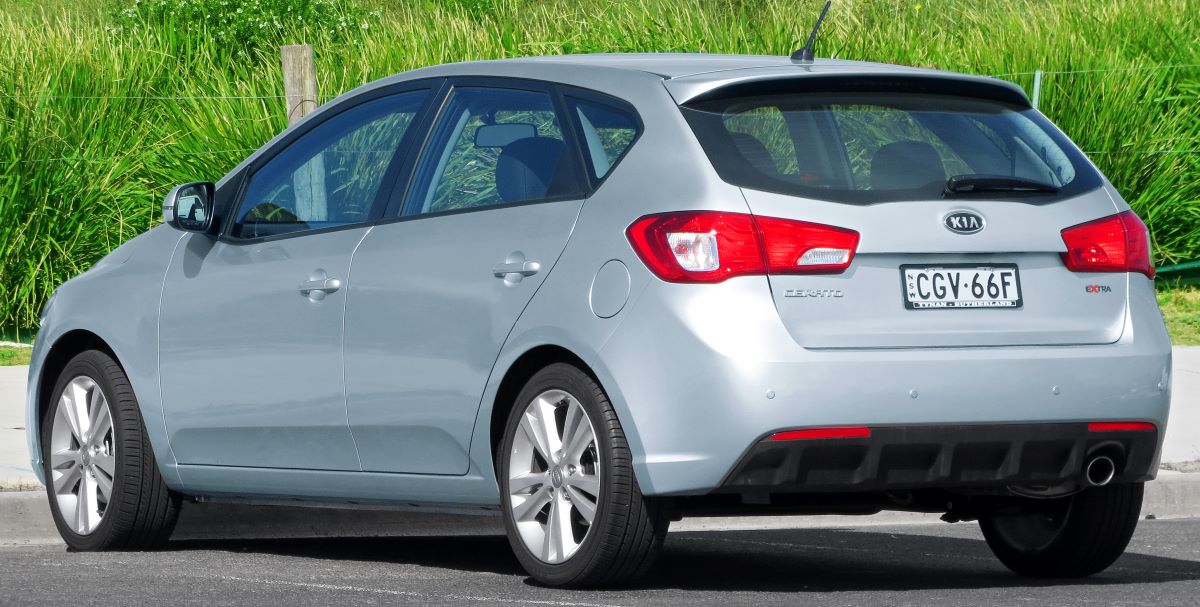 Initially, Kia offered five engine choices for the Cerato. You could choose from the base variant, the 1.6L Alpha II – an inline-4 gasoline engine. One step up the ladder, you could opt for the 2.0 L Beta II. Moreover, the Korean brand offered diesel variants, with the smallest engine being the 1.5 liters, while the top of the line went up to 2.0 liters. All the motors were teamed up with either a 4-speed automatic or a 5speed manual. The latter represents a standard specification in terms of the gearbox.

The company carried over the engine options from the first-generation model into the second generation. The powertrains were so well chosen that there was no need to change their lineup. The same philosophy followed onto the next two generations.

The sales of the Kia Cerato have been on the rise since it was first released. The exponential increase in the sales volume shows that the people love the Kia Cerato. They want more out of the vehicle, and it seems Kia is willing to comply.

So, why does the Kia Cerato have millions of fans around the world? Well, to start, the car is highly capable both on the highway and in the city. The base 1.6-liter engine allows the vehicle to accelerate quickly, which means reaching highway speeds is a breeze. And you can easily maneuver city driving with a decent amount of torque from the powertrain.

But having said that, the Kia Cerato is no Corolla or Civic. It has to achieve a lot in a small amount of time, both in terms of performance and popularity, to come to the level of these giants. That will happen soon, thanks to Kia’s constant efforts to improve the car year on year.

The Kia Cerato is a force to be reckoned with, and we say that with the utmost confidence. This car has the qualities and characteristics of becoming one of the top-selling vehicles in the world. Many people in the world agree. When you drive one, you may have no choice but to nod in agreement.

By OSX – Own work, Public Domain