What are the similarities and differences between all-wheel drive and four-wheel drive?

When you look at the names, AWD (all-wheel drive) and 4WD (four-wheel drive) cars seem to be the same. But the differences are simple and quite a bit obvious when you learn a thing or two about what they are.

Still, the point still stands and it should make the difference between AWD and 4WD clearer. Further, 4WD cars use a transfer case that multiplies torque, unlike the AWD cars which use a center differential that doesn’t multiply torque. Now the question is why are they different in the first place?

Their building principle is quite different, AWD and 4WD having different internals as far as axles are concerned. In the AWD case, their common denominator is the usage of a center differential. The power exits out the transmission into this center differential, which has two outputs: one for the front wheels and another for the back wheels. These two outputs have their own differentials for each axle. Having such a setup allows the engine to send power at all the wheels while allowing said wheels to spin at different speeds when the car has to make a turn.

Power to the Wheels

This center differential comes in many shapes and sizes, with the original being a regular old mechanical differential similar to the one found on the rear axle. Quattro models, such as the Audi RS4, use such a differential, usually anyway.

Subaru, on the other hand, uses a viscous coupling, as found in the Subaru WRX STI. Such a coupling is somewhat similar to a torque converter, however, instead of using the fluid’s momentum to transfer torque it uses the fluid’s viscosity to do so. Nowadays, the most common way to give a car AWD is using an electronically controlled differential which uses clutches and many other intricate bits of engineering. This is the case with the Ford Focus RS, which can even work as a 2WD if necessary. Seeing how the power is permanently split between both axles, both axles receive a fraction of the engine’s power.

Most commonly, the split is an even 50:50 in a straight line, meaning that half of the engine’s power goes to the front wheels and half to the back wheels. However, this can be quite different from car to car, having splits such as 70:30 or 40:60 on the straights, to splits of 80:20 while turning. 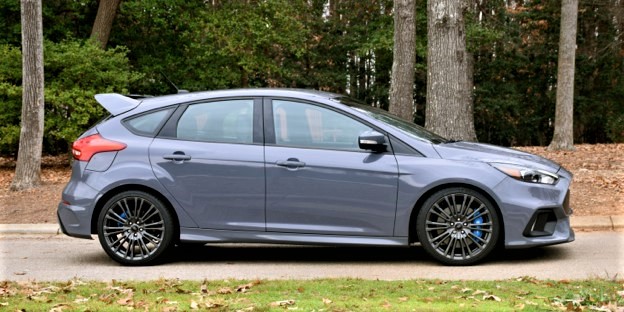 Dynamically, the AWD system is nothing but stellar. Getting traction on all the wheels is the best way to make a car go fast due to quite a bit of fancy physics that happens around the tire’s contact patch. Not only that, but AWD cars also offer what is known as torque vectoring, which can break the wheel that loses traction and send more power to the other wheel which has plenty of traction.

The result is fantastic handling, eliminating the understeer that plagues front-wheel-drive cars. However, while you get a potent car from a dynamic point of view, the system is complex and has many parts that could potentially fail. Not only that, but seeing how the system is permanent, there are two extra differentials compared to a 2WD car, so fuel economy is worse due to the extra friction produced by the differential.

If we’re talking about 4WD cars, they don’t possess a center differential that sends the power to both axles. The system works by using a transfer case, which is some kind of a small and weird gearbox. It’s either placed at the end of the transmission or encased in the transmission. This transfer case allows the car to switch from a 2WD to a 4WD layout, however, this 4WD layout has quite a few caveats. (3)

Some 4WD cars can be driven in AWD for a good while, like the Jeep Renegade which uses an engageable AWD system if you ever need the traction but generally working as an FWD car. However, most 4WD vehicles become 4WD by forcing a certain axle to spin at the exact same speed as the other axle. Commonly, by making the front one rotate at the same rate as the rear one.

The front axle doesn’t have a differential, so any turns will force the wheels to spin at different rates. If this happens on pavement, the transfer case and whole driveline will get damaged due to the extra stress and friction. If the car has a LOW option on the drive mode selector, then the transfer case also has a speed-reducing gear inside that increases the torque for climbing steep slopes, hauling heavy loads or for descending via engine braking(4). Most trucks and SUVs use such a layout, an example being the Toyota Tacoma.

All these system variables are used for a myriad of reasons. Being a 2WD car means that fuel economy is better while puttering around while having the option of getting the improved traction of all four wheels if you need them.