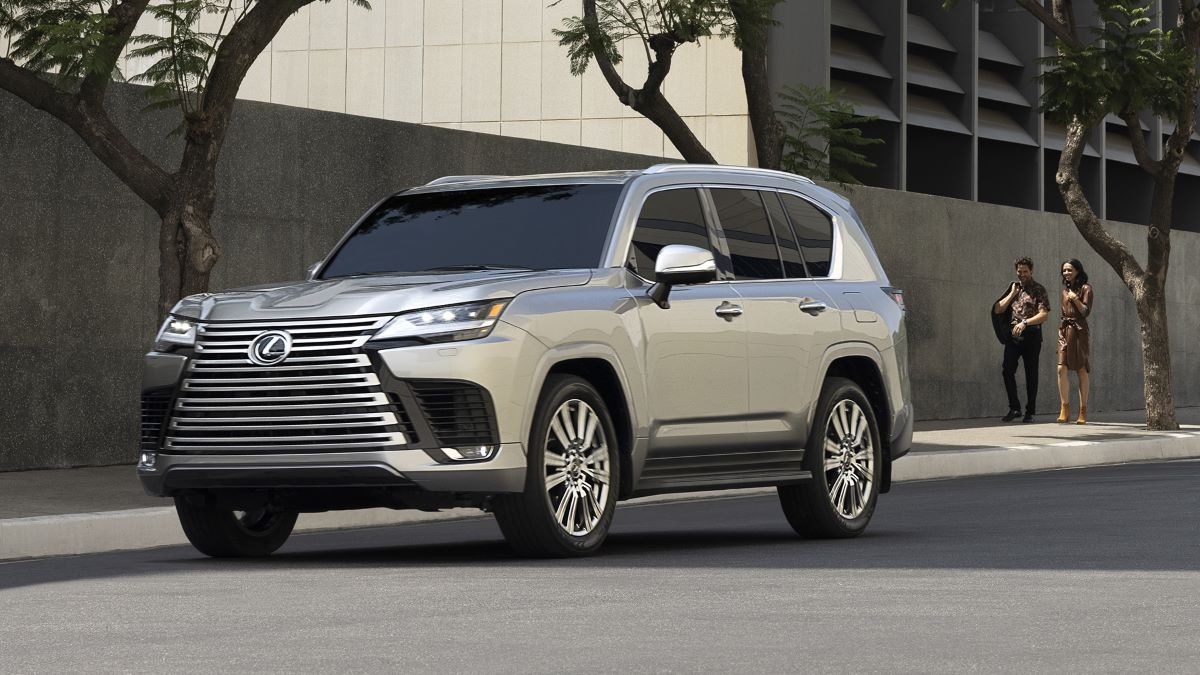 The Toyota Land Cruiser is one of the most renowned sport utility vehicles in the world. Launched in 1951, this SUV was Toyota’s answer to the Land Rover. Through the years, the Land Cruiser is a proven favorite on safari and when traversing the Outback. Its reliability and durability make it a keeper for not a few enthusiasts.

But the Land Cruiser is going away, at least in the U.S. market. A new one is available globally, but Toyota won’t sell one stateside. Instead, the automaker will continue to sell its Lexus counterpart, dubbed the LX 600 for 2022. Save for a common architecture and some sheet metal changes, the big differences are found inside. In any case, the price differential has never been significant, which may explain why Lexus gets the new model, while Toyota USA says good-bye to the classic.

With the Land Cruiser out the way, the burden now shifts completely to Lexus. For 2022, the exterior changes are subtle, although the “in your face” spindle grille is more in your face. Indeed, seven horizontal bars cross the grille, from the lip of the hood to the bumper. The accent lighting seems slightly larger as do the lower-grille cutouts. 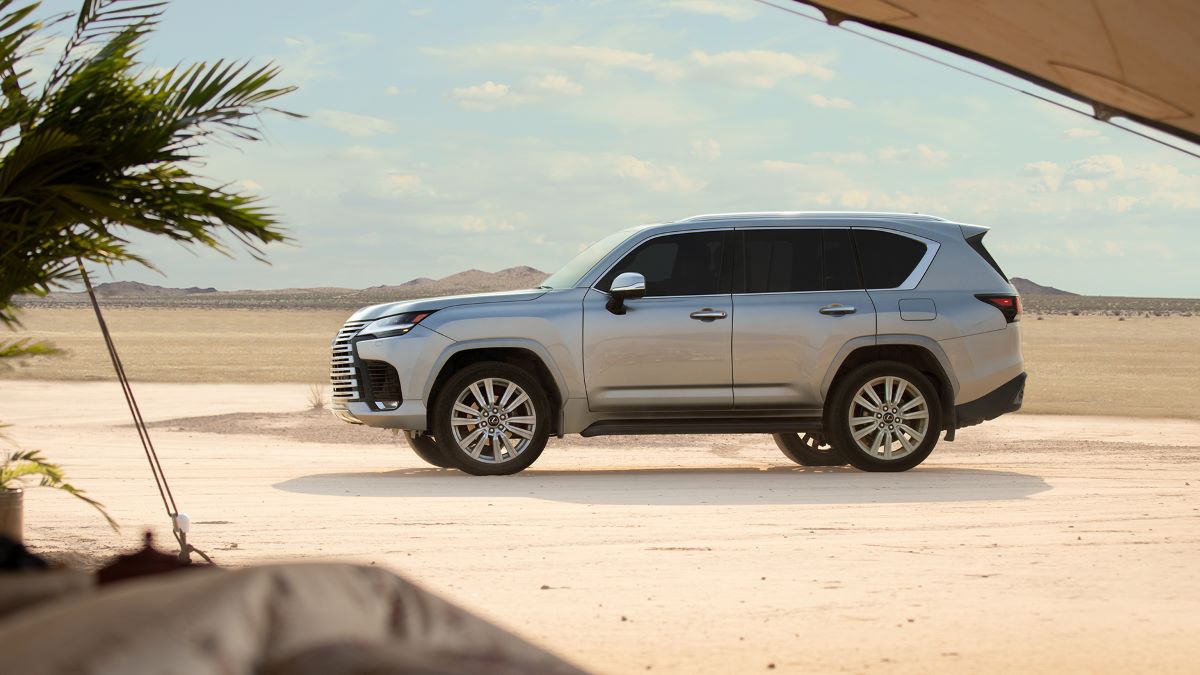 Much of the rest of the exterior is similar, including its beefy profile, strong shoulders, and upright roof pillars. The rear lighting elements are more substantial and, from an angle, slight haunches over the rear wheel wells add to this SUV’s muscular persona.

Under the hood is where the big change occurs. Instead of a trusty naturally aspirated V8 engine powering this luxury beast, Lexus turned to something entirely different. Here, you will find a 3.5-liter twin-turbo V6 engine with 409 horsepower and 479 pound-feet of torque. If this engine sounds familiar, we just mentioned it earlier this week in our preview of the all-new 2022 Toyota Tundra. We were told that the engine is not precisely the same as the Tundra’s, but it is a close family member.

Power routes to all four wheels utilizing a 10-speed automatic transmission. A double-wishbone suspension is up front and a four-link solid-axle brings up the rear. The expected adjustable ride height and suspension system settings are also present. Lexus wanted to ensure that the SUV excels around town as well as on tough terrain as they designed this vehicle.

A new Crawl Control feature debuts this year. This system mirrors the one in the Toyota Tundra. It is an automatic system with varying speed settings. When activated, the LX 600 moves forward on its own. The driver only needs to brake when necessary, while maintaining steering control. 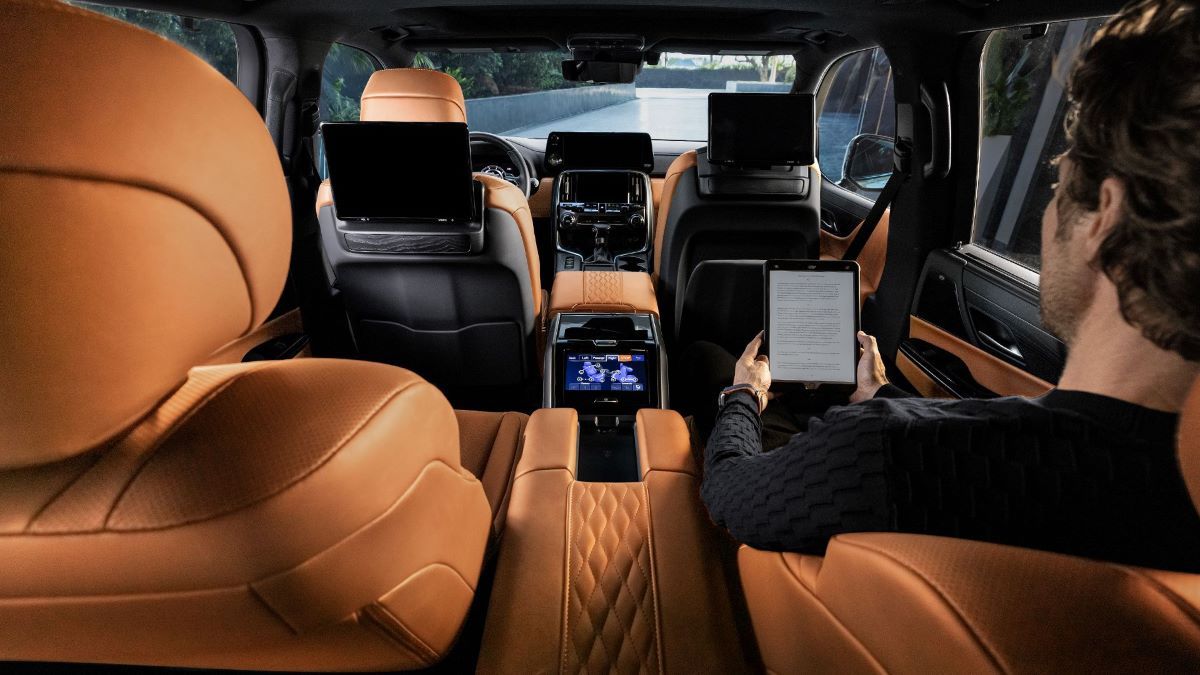 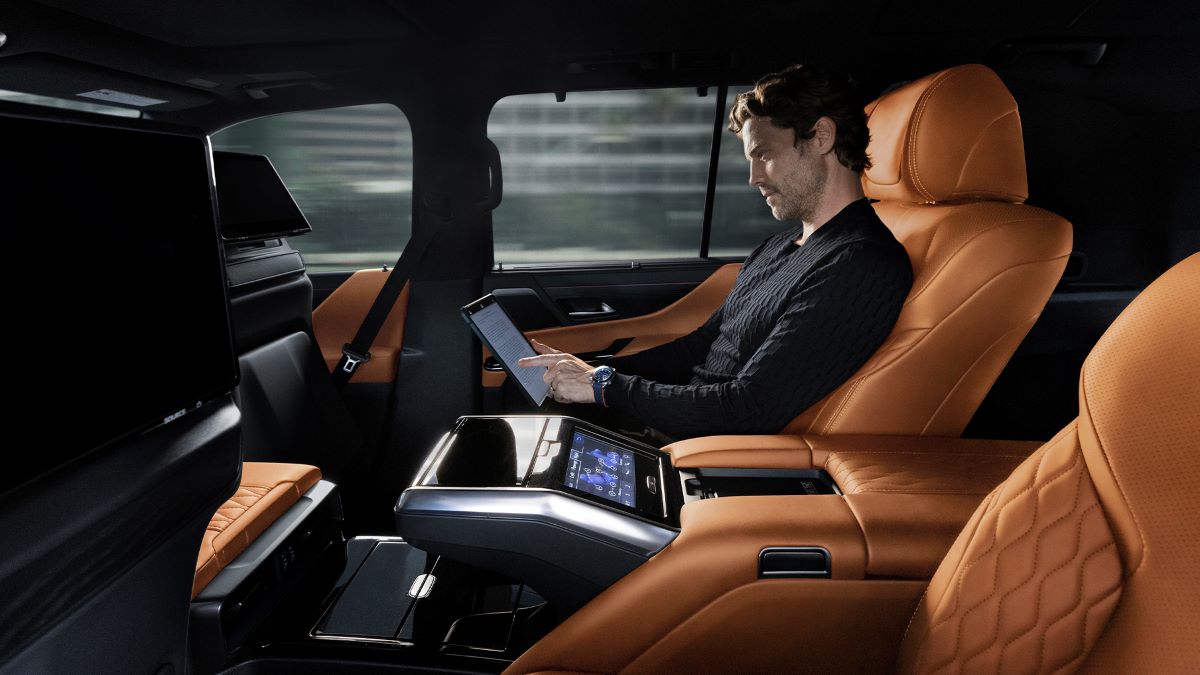 The biggest departure from the Land Cruiser for the Lexus is inside. A dual-screen interface occupies the center stack and is comprised of 12.3- and 7-inch screens.

The top screen manages audio, navigation, and other information displays. The bottom screen controls HVAC and comfort settings. It is a clear departure from what Lexus offered previously and all we can say is that this was the right move.

New for 2022 is a pair of grades: Ultra Luxury and F Sport. The first one reduces passenger capacity by one to four. Here, Lexus opts for four thrones to enhance rider comfort. Separating the reclining second-row captains’ chairs is a control panel for managing various comfort features.

For a sportier look and enhanced handling, the F Sport debuts. There is no powertrain performance improvement as Lexus relies on style and control to make a difference. 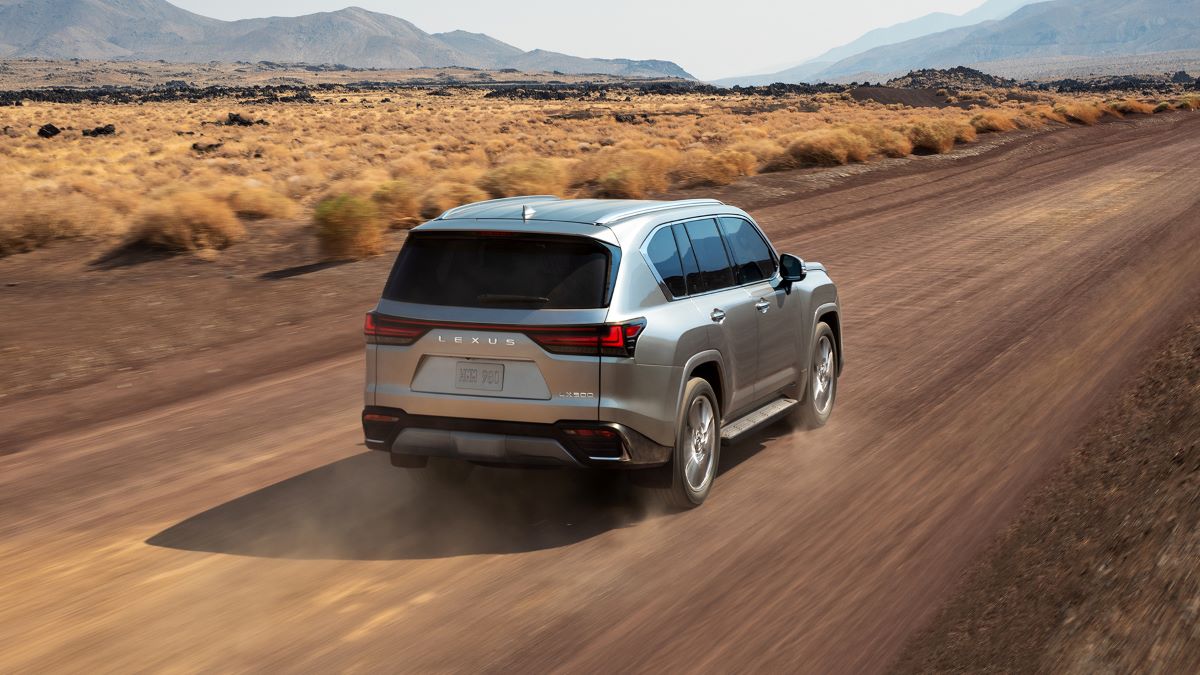 The 2022 LX 600 goes on sale in early 2022. Lexus has not announced pricing yet, but we believe that it will start at around $90,000 with fully loaded models retailing for six figures.