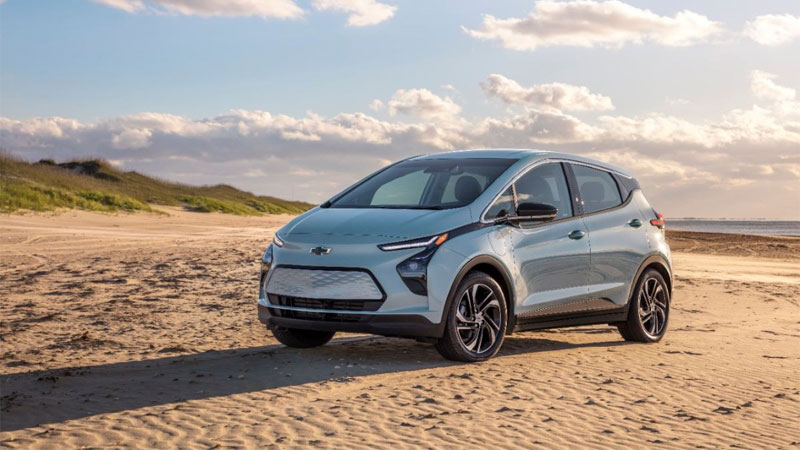 Chevrolet is at the forefront of vehicle electrification with its compact Bolt EV. Since its introduction, it has served as the face of pure-electric vehicles for GM. For 2022, the Bolt is refreshed and will be joined by a second body style, a utility vehicle. The EUV represents just one of 30 new all-electric models GM promises by 2025.

The following are key facts about the new Bolt:

1. Expanded to two models from one. Upon its 2017 debut, the Chevrolet Bolt has represented a five-door, all-electric hatchback. Its tall design supplies ample headroom and that allows the battery pack to sit under the floor, freeing up storage space. Beginning in 2022, the Bolt line will expand to include a crossover variant. This one measures 2.9 inches longer between the wheels and is 6.3 inches longer overall. Further, the new model gets a special name, the Bolt EUV to distinguish it from the standard Bolt EV.

2. Shared architecture, unique sheet metal. Under the skin, the two Bolt models are the same. However, the exterior panels are unique to the respective body style. Indeed, the Bolt EUV has a distinctive front end with a sculpted grille and signature lighting. Standard LED headlamps and raised daytime running lights that also serve as sequential turn-signal indicators are present. The EUV also has a center crease line that travels from the front fascia to the top of the hood along with seamless horizontal body lines. As for the Bolt EV, new front and rear lighting and an upright front fascia are among the more noteworthy changes made to the exterior.

3. Enlarged and updated interior. The footprint of the EV is the same, but the Bolt EUV benefits from more room, including expanded legroom. Updates include new instrument panels, vehicle controls and seats, and a 10.2-inch diagonal color touch-screen display. Further, the Bolt has integrated climate control and an 8-inch diagonal and configurable color gauge cluster. The Bolt EUV offers heated and ventilated front seats, heated outboard rear seats, and a panoramic power sunroof.

4. Powered by battery technology. The Bolt EV and EUV benefit from a 65-kWh lithium-ion battery pack. On a full charge, the Bolt EV has a 259-mile range; the Bolt EUV a 250-mile range. With DC fast charging, the Bolt EV adds up to 100 miles of range within 30 minutes compared to 95 miles with the EUV.

5. Motivated by available SuperCruise technology. The 2022 Bolt becomes the first Chevrolet model with available SuperCruise, which originated with Cadillac. Specifically, SuperCruise builds on the standard driver-assist tech to deliver a hands-free driving experience. The system utilizes a Driver Attention System and LiDAR map data and detects when the driver is paying attention. Thus, this means that if your hands are off the wheel, you must be seated in the driver’s seat and looking at the road. Consequently, if the system detects that you aren’t paying attention, it’ll warn the driver to take full control if the notifications are ignored.

6. Priced right and lower too. The 2022 Bolt EV will cost $5,000 less than the outgoing model. This means it will start at $31,995, including a destination charge. If you’re eligible for the $7,500 federal tax credit, your costs will fall accordingly. State and local incentives may also be applied. As for the Bolt EUV, it’ll start at $33,995, including destination. The same federal, state, and local incentives apply.

7. Charged options make it easier. To help owners charge their vehicles at home, a 220-volt power outlet is strongly recommended. Unfortunately, that’s sometimes easier said than done. In any case, the Bolt EUV includes a new Dual Level Charge Cord (optional with the Bolt EV) and that means separate charge equipment isn’t needed. Instead, it comes with a changeable plug that enables the customer to plug into a standard 120-volt three-prong outlet for Level 1 charging and a 240-volt outlet for Level 2 charging up to 7.2 kilowatts.

The Chevrolet Bolt is manufactured in Orion Township, Michigan. It took up where the Chevy Volt left off, but it will soon be followed by many new models under the Cadillac, Buick, GMC, and Chevrolet nameplates. The new models will roll out and feature GM’s Ultium battery system, which will maximize range better than the current technology. 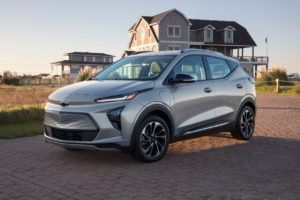 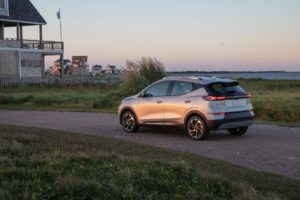 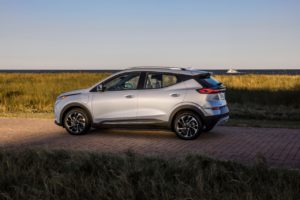 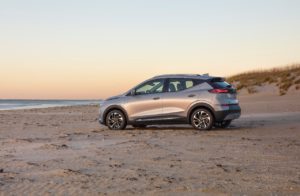 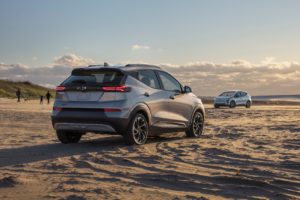 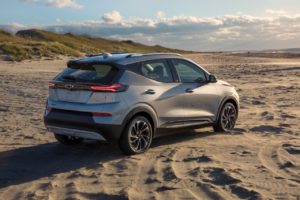 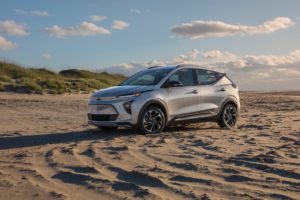 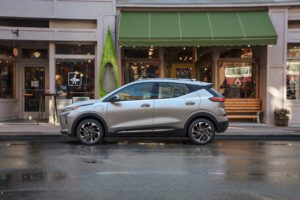 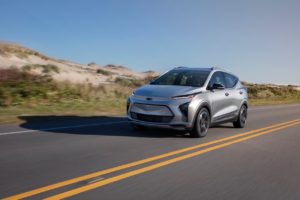 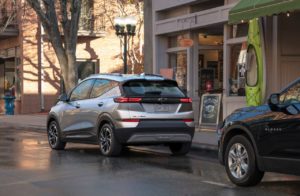 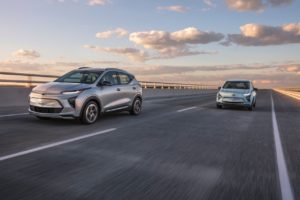 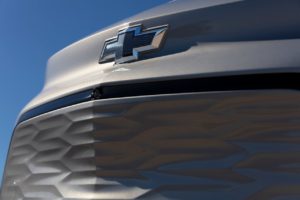 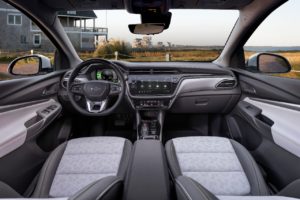 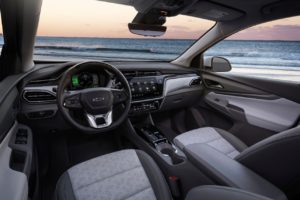 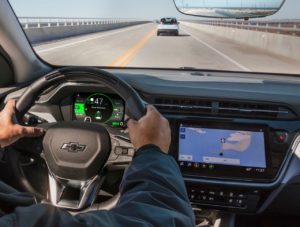 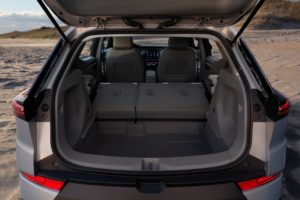 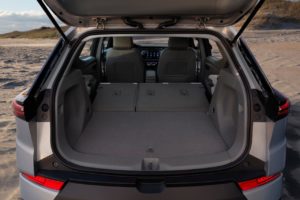