GM may be a leader in all matters automotive, but it also has a stake in other sectors, including fuel cells and related technologies. Today, the company revealed three new industrial applications of its HYDROTEC fuel cell technology. The HYDROTEC projects, which are presently in progress, range from heavy-duty trucks to aerospace and locomotives. They are being developed for use beyond vehicles for power generation. 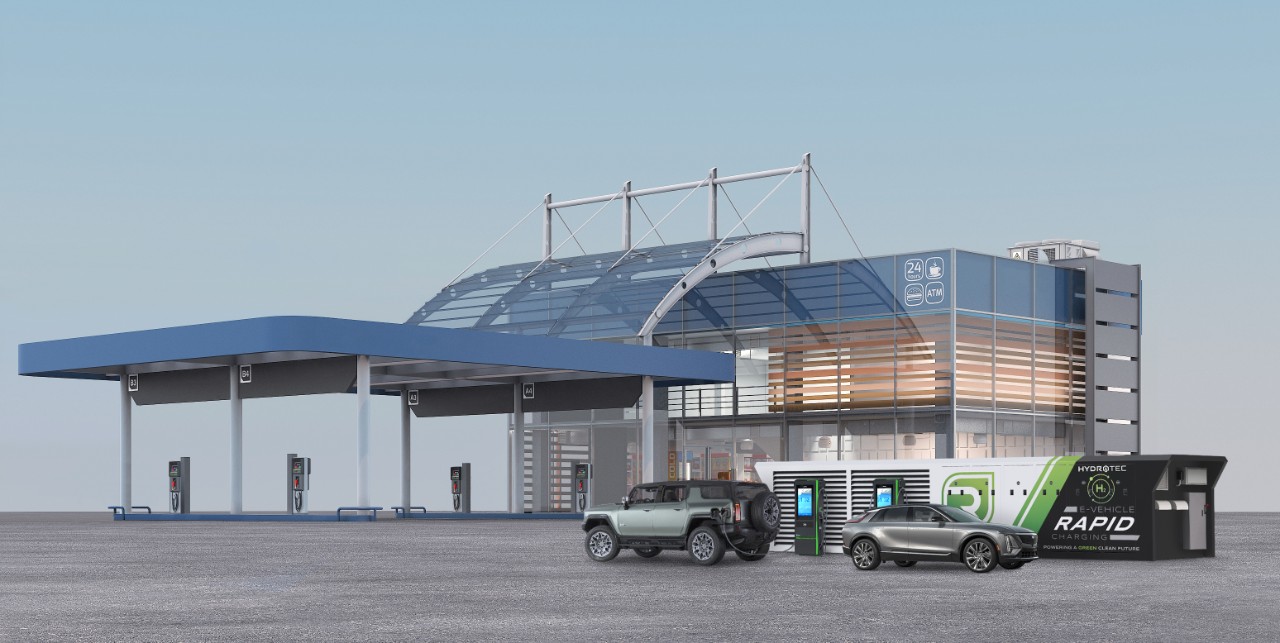 According to the company, GM is designing multiple HYDROTEC-based power generators, all driven by GM’s Generation 2 HYDROTEC fuel cell power cubes. These include:

1. A Mobile Power Generator (MPG) to deliver fast-charge capacity for EVs minus the installation of long-lasting charge points.

2. The EMPOWER rapid charger to support retail fuel stations as they bring on reasonably priced DC fast charging without enlarging the grid.

3. A palletized MPG to quietly and effectively power military camps and installations.

The idea behind these fuel cell generators is to conceivably replace gas- and diesel-burning generators with fewer emissions at worksites, edifices, movie sets, data centers, outdoor concerts, and special events. In addition, they might also support or temporarily replace grid-sourced electricity for residential and small commercial enterprises during periods of power interruption.

“Our vision of an all-electric future is broader than just passenger vehicles or even transportation,” said Charlie Freese, GM executive director of the global HYDROTEC business. “Our energy platform expertise with Ultium vehicle architectures and propulsion components and HYDROTEC fuel cells can expand access to energy across many different industries and users, while helping to reduce emissions often associated with power generation.”

GM is providing HYDROTEC fuel cell power cubes to Utah-based Renewable Innovations to construct the Mobile Power Generator. GM will combine its fuel cell hardware and software with Renewable Innovations’ power integration and management systems to produce a generator that can deliver fast-charging capability for EVs exclusive of having to enlarge the grid or install permanent charging assets in places where there’s only a passing requirement for power.

Multiple development projects involving the MPG are already in development, including a demonstration of the technology as a mobile charging station for EVs, funded in part by the Michigan Economic Development Corporation and the U.S. Army Combat Capabilities Development Command Ground Vehicle Systems Center. This form of the MPG is projected to initially be unveiled in mid-2022.

“As pioneers and innovators in the hydrogen power space, Renewable Innovations sees exciting opportunities across consumer, business, government and industrial markets,” said Robert Mount, CEO and co-founder of Renewable Innovations. “We’ve seen that there’s a need for EV charging in places where there’s no charging equipment, and now we’re committed to bringing the best technology and game-changing applications to market with GM to accelerate the company’s vision of a zero-emissions future.”

Further, the California Energy Commission is backing a separate demonstration program of four added MPGs through its Mobile Renewable Backup Generation Systems program to showcase how hydrogen-based mobile power can help counterpoise the loss of energy during the planned power shutoffs used to alleviate wildfires throughout the Golden State.

This demonstration is being directed by the Electric Power Research Institute, the distinguished independent, non-profit energy research and development organization, working in partnership with shareholders such as GM and Renewable Innovations to help guarantee that the public has safe, dependable, inexpensive, and reasonable access to hydrogen-generated electricity.

EMPOWER rapid chargers can be set up at current fuel stations or along thoroughfares visited by vacationers only part of the year, such as adjacent to national monuments or vacation locations.

The EMPOWER rapid charger, driven by eight GM HYDROTEC power cubes, expends hydrogen from internal tanks and can DC fast charge up to four vehicles concurrently beginning at 150 kW with a projected goal of a full charge time of 20 minutes. More than 100 EVs can theoretically be charged by the EMPOWER rapid charger before the unit would require to be resupplied with hydrogen.

GM designed a distinct, palletized version of the MPG which is now being gauged by U.S. Army Combat Capabilities Development Command Ground Vehicle Systems Center (GVSC). GVSC is also studying how this edition of the MPG can fuel heavy-duty military equipment and camps. This model is comparable in volume to a 60-kW generator and generates approximately 70 percent more power than conventional diesel generators. This MPG version also encompasses characteristics not usually found on diesel generators, such as battery backup and output regulation.

Powered by a HYDROTEC power cube, this MPG model transforms offboard, bulk-stored hydrogen to electricity produced with no emissions in operation. It makes less noise than a typical diesel engine at full load and discharges water which can be taken and utilized in the field.

0 366
Craigslist Car Scams and How to Avoid Them