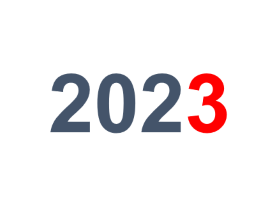 Every year, manufacturers retire model lines as market shifts weigh in. With the pivot to electrification upon us, certain names will not be around for the 2023 model year. Some of the models leaving have nothing to do with EVs coming onboard. Instead, they are sedans that are no longer receiving the demand they once enjoyed, causing manufacturers to discontinue them, at least in the U.S. market.

Here’s a look at the models we know that will soon be discontinued.

Introduced in the 1990s to compete against large Buick sedans, the Toyota Avalon has served as the flagship sedan in this manufacturer’s fleet. Essentially a stretched-wheelbase Toyota Camry, the Avalon has in recent years found its own identity with an upscale look, hybrid option, and available all-wheel drive. While Toyota will most certainly keep the Camry, the Avalon goes away as more crossovers join the product line.

Small cars are taking a beating and Mercedes-Benz and its model line is no exception. The company’s entry-level A-Class will soon no longer find a home in the U.S., although the model line will stay in place in most other markets. The AMG A35 is already gone; the A220 leaves this year. With the $35,000 car gone, the similar-sized CLA costing $3,000 more will remain.

For the past 10 years, the ILX has served as the entry-level model for the Acura brand. It is also the least expensive premium vehicle, priced from $27,300. That is thousands of dollars below the typical $35,000 pricing threshold for entry-level luxury models. The ILX, though, is woefully outdated and in need of replacement or cancellation. By 2023, the ILX gives way to the Integra, which promises to be a much more competitive model when it arrives this summer.

One of the few models left costing under $20,000 (in this case with a starting price below $16,000), the Chevrolet Spark won’t see the 2023 model year. The bow-tie brand continues to pare its car fleet, with the minicar Spark joining the subcompact Sonic, compact Cruze, and full-size Impala as it exits the U.S. market. We expect the midsize Malibu will follow. Then there is the question of whether we will see a Camaro after 2024, leaving just the Corvette behind. Losing the Spark means Chevrolet shoppers will turn to the Trax for value, and that model itself may disappear as soon as a year later.

If you are looking for a budget crossover, the $22,040 Ford EcoSport qualifies. This model slots beneath the Ford Escape and is just inches longer than the discontinued Ford Focus hatchback. Introduced to the U.S. market in 2018 and imported from India, the EcoSport has served as a decent placemark for Ford. However, 2022 is the final year for the EcoSport with no alternative model planned. That said, we believe the small Ford Maverick pickup truck will make up the sales loss and may also appeal to small crossover shoppers.

Certainly, additional models will go away following the 2022 model year. We will update this page accordingly.

A few other models are disappearing soon, although the dates are not yet set in stone. For instance, we know that Stellantis (parent of Fiat Chrysler), will soon discontinue all Hellcat models. We may see them briefly for 2023, but not for 2024. We also know that the Charger and Challenger will be replaced with an EV model. But not before new gas-powered versions emerge, likely with twin-turbo V6s at the top range.

Finally, the Chevrolet Camaro may vanish, while the Ford Mustang itself could transform into a full-electric model along the lines of the Mustang Mach-E. But that is rumor fodder for the moment with details yet to be confirmed.