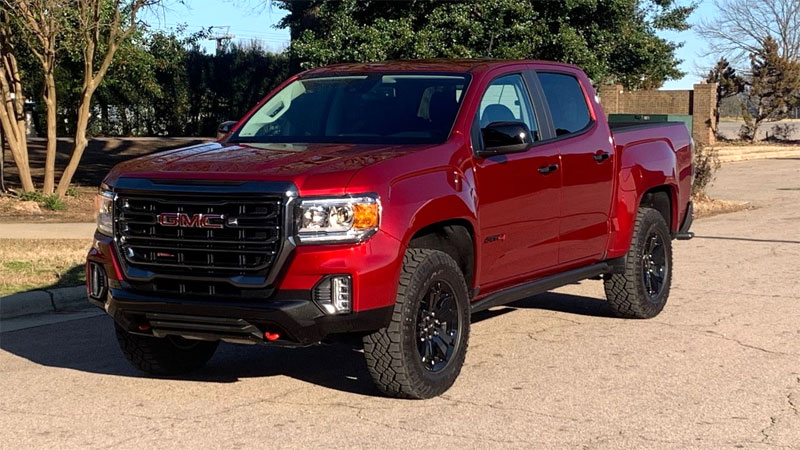 My, how much things have changed! Ten years ago, the midsize pickup truck market was seeing a steady decline. For instance, Ford ended the production of the Ranger for the US market, while GM abandoned the segment where it had previously offered two models.

Even the Ram Dakota would only see one year as a non-Dodge model before it was canceled. Lastly, the Toyota Tacoma and Nissan Frontier remained, but the future was certainly not bright even for those two stalwarts.

But the market stabilized a few years later when GM reintroduced the GMC Canyon and the Chevrolet Colorado. These two models were widely credited with reviving the segment as sales rose across the board.

Within a few years new or updated models such as the Honda Ridgeline, Ford Ranger, and Jeep Gladiator followed. An overhauled Nissan Frontier arrived in 2022, while new models for the Toyota Tacoma and Ford Ranger are planned. The segment is booming, and manufacturers are responding in kind.

Eight years after revitalizing the segment, all new Chevrolet Colorado and GMC Canyon models are on the way. We expect to see them by this fall, right on time for the 2023 model year.

We’ve been following all the rumors and speculating, the spy shots, and other hints of what is to come. GM has held much of those plans close to the vest, but there are a few points we believe will hold true for the new models.

The current models offer three engine choices, including two gas engines and a turbo-diesel. We have long expected the diesel would go away as GM seeks to eliminate the dirtiest of the trio. That’s a shame, but high fuel prices are killing them as well.

This engine makes 348 horsepower and would offer an extraordinary power-to-weight ratio. Ford, Nissan, and Honda make do with one powertrain. We believe Toyota is headed that way as well.

Is an electrified model coming to this segment? We believe a Toyota Tacoma Hybrid is highly likely given that a Tundra Hybrid exists. We also know a Jeep Gladiator plug-in hybrid will likely build on the Wrangler and arrive within the next year or two.

As for GM, hybrids do not appear to be part of the company’s short-term equation. In fact, we would be surprised to see one at all.

GM is deeply committed to going full electric. Indeed, for 2024 we will see the Silverado EV, which will soon be followed by the Sierra EV. Furthermore, there is already a GMC Hummer EV on the market.

That said, we think it will take at least three years before fully electric Canyon and Colorado models arrive. It isn’t that GM isn’t committed to electrifying these models, but its plans include more than two dozen full-electric models worldwide by the end of this decade.

The GM duo has our praise for their exterior designs. However, not so much for the interiors. We expect the pair will have handsome bodies as before. What we certainly hope GM is working on improving is the interiors, including the materials offered.

Right now, these trucks are outclassed by their competitors, but the good news is that just as GM had an awakening with a Silverado and Sierra, we believe the same will happen with the new trucks.

It seems likely that these models will offer extended and Crew Cab variations along with two or three bed size choices. All but the top trim model should come with standard rear-wheel drive and available four-wheel drive.

Further, we believe the ZR2 and any variations that follow will continue with four-wheel drive only. This means that GM will carefully target the Ranger Raptor for an even more robust off-road warrior.

It’s easy to expect the new pickup trucks will offer the latest in tech features. An oversize center console display along with an available digital instrument panel should highlight the features offered. The usual choices of audio systems along with wireless technology seem likely.

Rumor has it that GM’s Super Cruise hands-free driving system will be made available. It is an SAE Level 2 driving system. This means drivers must sit directly behind the steering wheel and pay attention.

Nevertheless, it offers automatic lane change and trailering capabilities for pickup trucks and SUVs. Conceivably, a driver can sit behind the wheel with his hands on his lap until prompted to do otherwise. If the duo gets Super Cruise, they’ll have an edge over the competition.

With a fall debut likely, we should discover more details about the GMC Canyon and Chevrolet Colorado later this summer. The North American International Auto Show in Detroit this September seems like the best venue for showcasing the pair. But a special one-day preview in August is our guess for its official debut.

Image by digital designer from Pixabay