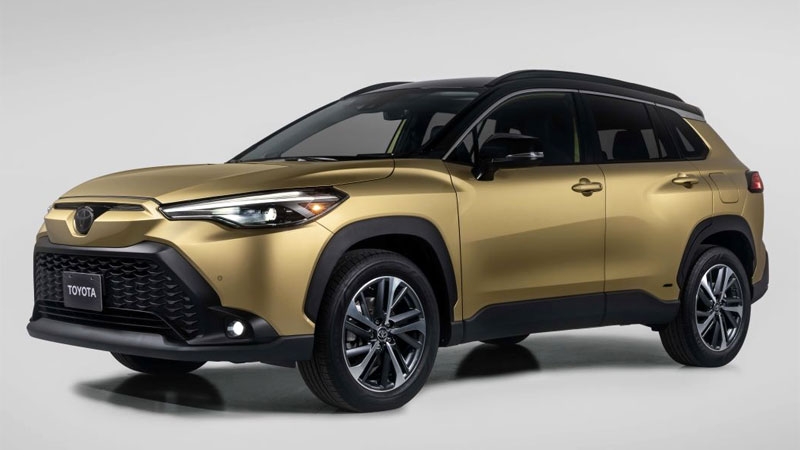 If Toyota creates an all-new product, a hybrid is certain to follow, right? It almost seems that way.

Ever since the Prius rolled out in the late 1990s and was followed by hybrid variants of other Toyota models, it is almost a given that a gas-electric version follows.

But there are a few Toyota models that are not likely to get the hybrid treatment, including the GR Supra and 86 performance cars. Hybrid technology, though, has spread across the Toyota product line and for 2023, the Corolla Cross Hybrid becomes a model to consider.

We have paid considerable attention to the Toyota Corolla Cross, a small crossover utility vehicle that slots underneath the perpetually popular Toyota RAV4.

Besides receiving the hybrid treatment, the Corolla cross benefits from the latest technologies.

To begin, Toyota rolls out the fifth-generation Toyota hybrid system with this model. As a result, it is more efficient and supplies improved performance over the previous generation found in other models.

Toyota says that the Corolla Cross Hybrid will deliver 194 horsepower and an estimated 37 combined MPG across the model line. Notably, this hybrid comes with standard all-wheel drive.

Toyota will offer the 2023 Corolla Cross Hybrid in five grades including three new ones. These are the S, SE, and XSE, along with the LE and XLE. The S and SE grades feature 17-inch alloy wheels, an 8-inch touchscreen display, a sport-tuned suspension system, LED exterior light treatments, and keyless entry.

Make your move up to the XSE trim and this one is the sportiest of them all. Specifically, shoppers will find upgraded LED headlamps, tail lamps, and fog lamps. Also, it comes with 18-inch alloy wheels. Inside, imitation leather seats, heated front seats, and a power driver’s seat are included.

Toyota builds on its popular Safety Sense suite of driver-assist technologies with the new model. Standard across the model line are such features as a pre-collision system with pedestrian detection, along with motorcyclist detection under certain conditions.

One of Toyota’s weaknesses (and there are few) is its multimedia system. In times past, the company lagged in connectivity but has made enormous strides since.

For 2023, the Corolla Cross Hybrid gains an improved touchscreen display for ease of use. Wireless Apple CarPlay, Android Auto, and USB-C charge ports also come in.

Navigation, over-the-air updates, and an available Wi-Fi hotspot are other features of note. Finally, Toyota makes available HD Radio and satellite radio, the latter including a three-month trial subscription.

Toyota’s newest hybrid will be built in Alabama and arrive at dealerships this fall. We expect a very competitive starting price, which would make it one of Toyota’s most affordable hybrids.

We also believe that the Corolla Cross line will quickly reach the 150,000 annual unit capacity afforded it at the plant it shares with Mazda. When it does, the automaker may need to negotiate with Mazda for more space or add capacity elsewhere.