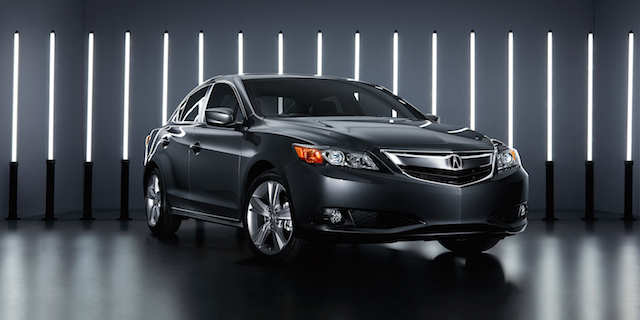 Acura is hoping that its sub-$30,000 price for a premium hybrid sedan will be enough to entice environmentally conscious buyers to check out its latest product. The 2014 Acura ILX Hybrid is out, a vehicle that is priced just $2,000 above the standard gas-powered sedan. It is a model that Acura expects will appeal to young buyers much in the same way that the standard ILX has done.

On Tuesday, the 2014 Acura ILX Hybrid officially went on sale with a base price of $28,900. Choose the technology package and this vehicle retails for $34,600. The Acura ILX Hybrid is priced about $3,000 below the base Lexus CT 200h, its chief competitor. The fuel economy edge, however, goes to the Lexus that is rated a combined 42 mpg to the Acura’s 38 mpg.

The ILX is powered by a 1.5-liter four cylinder engine and an electric motor, paired with a continuously variable transmission. It represents the first application of its advanced hybrid system in a premium brand, tapping the same system that powers the Honda Accord Hybrid. By comparison, the Honda delivers a combined 44 mpg.

Bringing the Acura ILX Hybrid to the market comes as consumers continue to provide mixed signals whether they are willing to pay for the technology. Its smaller price premium notwithstanding, the successful hybrids include the entire Toyota Prius line that still outsells all other comers combined. The premium segment has been a tougher sell with Lincoln seeing some success as it prices its MKZ Hybrid to match the base price of its gasoline model.